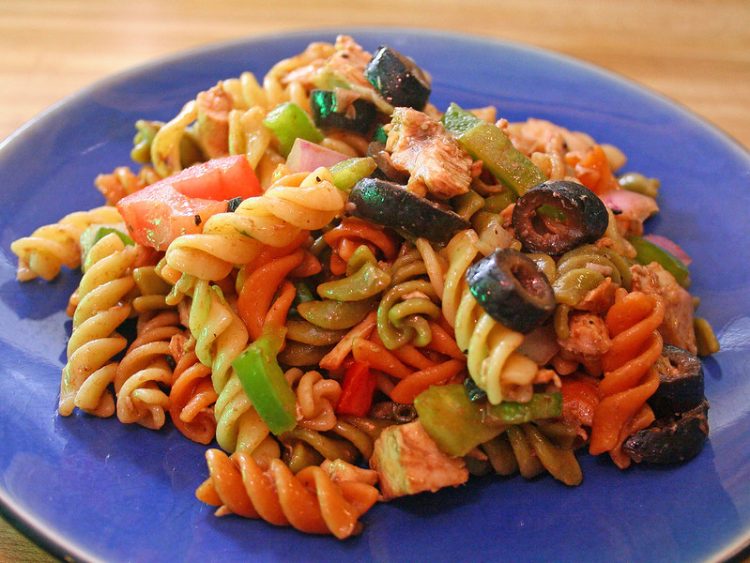 This filling chicken and linguine dish also has crisp peppers and bacon for flavor.

How To Make Pasta with Three Peppers and Chicken

No ratings yet
Print

Pasta with chicken tastes even better with an assortment of peppers. 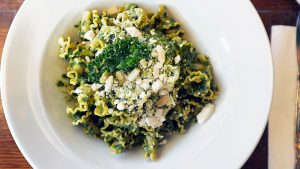 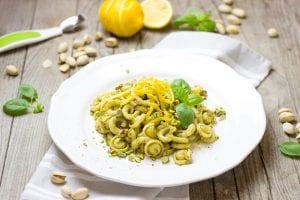 Creamy Pasta with Chicken and Tomatoes

Cook up a hearty creamy pasta for dinner tonight! It's…
Total 30 mins
Pasta

Mascarpone Pasta with Chicken and Bacon

Rich and cheesy mascarpone pasta is made with crispy bacon,…
Total 1 hr 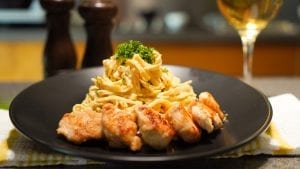 This copycat Chicken Alfredo pasta is so creamy and delicious,…
Total 25 mins 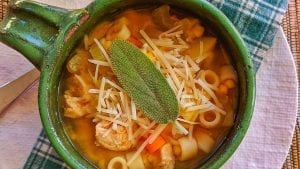 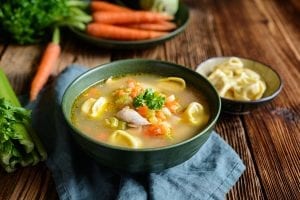 18 Best Olive Oil Dispenser Types for Your Kitchen This 2021