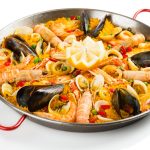 Get a taste of Spain with our Spanish recipes. From the comfort of your home, you can savor the Mediterranean flavors of paella and tapas. For those with a sweet tooth, enjoy some sweet homemade churros or empanadas. If you're looking for something a little stronger, make your own sangria and transport yourself to sunny Spain right away. 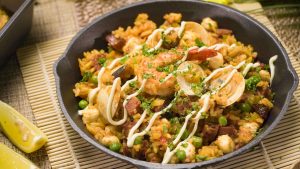 Delight seafood lovers with this crockpot seafood paella recipe for an elegant and flavor-packed bite! The marriage of deglazed white wine and two kinds of broth is mixed with tasteful clams, shrimp, and scallops. 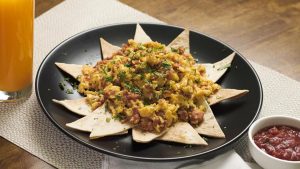 1
2
3
4
5
Enjoy a classic Mexican breakfast with this delicious chorizo and eggs dish. It’s loaded  with the spicy and savory flavors of  seasoned pork sausages. Serve tortilla chips and salsa on the side to complete the meal!
15 mins 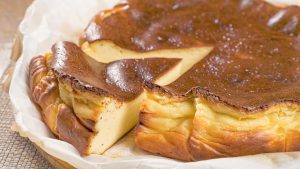 1
2
3
4
5
This creamy basque cheesecake has a burnt top layer and a smooth and jiggly center.
5 hrs 10 mins 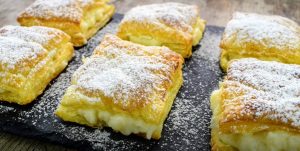 1
2
3
4
5
Satisfy your sweet craving with these Spanish pumpkin cream-filled puff pastries or miguelitos! They're made with 5 ingredients for simple baked goodies. 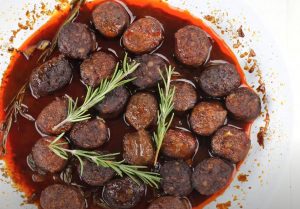 1
2
3
4
5
Smoky spanish sausage is cooked with garlic in a rich red wine sauce to make this poached chorizo dish that is perfect for starting any meal.
15 mins 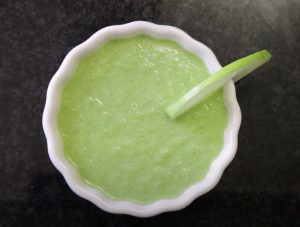 1
2
3
4
5
Tangy green zebra tomatoes are the main ingredients that make this gazpacho recipe unforgettable. Brighten up your summer gatherings with this cold soup!
1 hr 30 mins

1
2
3
4
5
This gazpacho recipe is a seafood-filled version of a classic Spanish cold soup made with fresh tomatoes, bell peppers, and cucumbers.
35 mins

1
2
3
4
5
Lend some Spanish influence to your meals with this white bean soup recipe. It has a light and flavorful broth with crunchy portions of bacon.
2 hrs

1
2
3
4
5
This torrijas recipe will teach you how to make a Spanish-style bread pudding that's perfect for breakfast and sweet enough for dessert.
25 mins 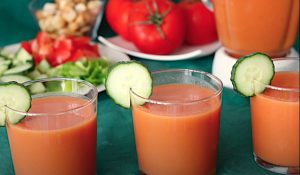 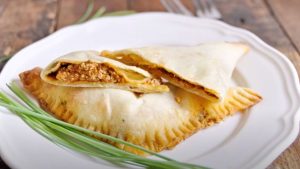 1
2
3
4
5
Smoky roasted peppers balance out the creaminess and richness of these goat cheese empanadas, an easy recipe that's great for a Spanish-inspired feast.
1 hr 30 mins 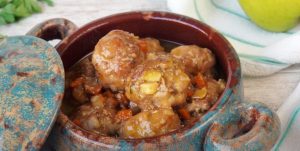 1
2
3
4
5
Albondigas con manzanas is a Spanish meatball dish that comes served in either a savory or sweet sauce. In this recipe, apples are used to flavor the dish.
35 mins 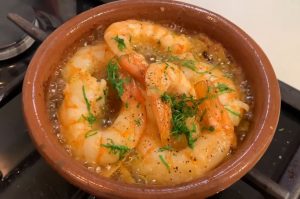 1
2
3
4
5
Gambas al Ajillo is a popular Spanish dish of sauteed shrimp, garlic, and olive oil. This recipe adds a bite of hot pepper and parsley for extra flavor!
20 mins 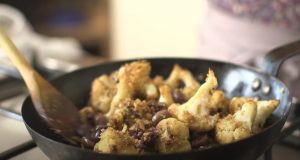 1
2
3
4
5
Try this quick and tasty tapas made using crunchy cauliflower with olives and dates! This 20-minute dish is sprinkled with Spanish-sweet smoked paprika.
20 mins

1
2
3
4
5
Quick, tasty, and easy, this asparagus with ham is made with just three ingredients for a scrumptious skillet-cooked dish, served in under 20 minutes.
20 mins 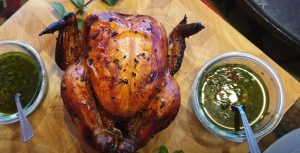 1
2
3
4
5
Having a grilled party? Then this whole chicken recipe served with a side of spicy and herby Spanish chimichurri sauce is the perfect dish.
50 mins 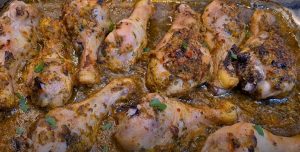 1
2
3
4
5
Amp up your usual recipe in this Spanish chicken sofrito dish made with chicken legs, white rice, and stock for an umami-packed bite.
1 hr 15 mins 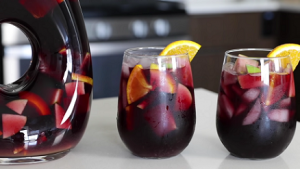 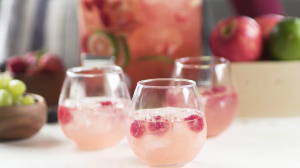 1
2
3
4
5
Have a fun festive night with this refreshing mix of sparkling sangria tradicional that combines sparkling wine and sangria cocktail mix for an easy drink.
5 mins 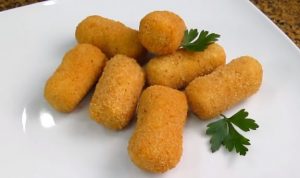 1
2
3
4
5
Crispy, juicy, and tasty, this croquetas de Pollo dish is made from breadcrumb coated-chicken patties that are fried for crunchy Spanish croquettes.
30 mins 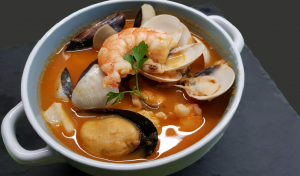 1
2
3
4
5
Enjoy the sea-like and earthy combination of flavors in this almejas con puree de perejil or clams in pesto sauce for an easy classic Spanish dish.

1
2
3
4
5
Salteadas con ajo is a Spanish side dish that cooks sauteed vegetables, in this case green beans, with slivers of ham to give the veggies some nice flavors.
20 mins 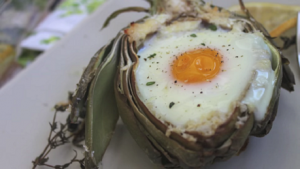 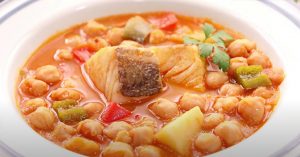 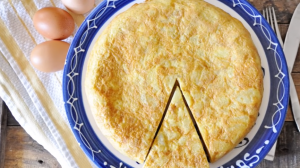 1
2
3
4
5
Enjoy bites of soft and warm potatoes, mixed in with eggs and onions, to yield a tender and belly-filling tortilla de patatas breakfast meal!
20 mins 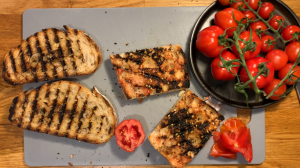 1
2
3
4
5
Enjoy bites of fried spicy piquillos, soft goat cheese, and zesty manchego all in one plate, by whipping up this cheese toasts recipe!
25 mins 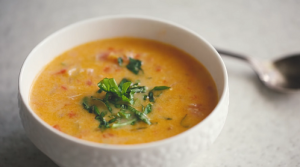 1
2
3
4
5
Savory and rich garlic gazpacho is a classic Spanish cold soup, that's loaded with hearty veggies like bell peppers and tomatoes, for a more flavorful side!
30 mins 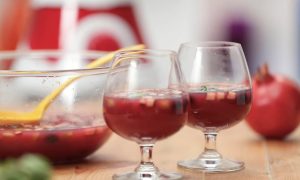 1
2
3
4
5
Level up your parties with a big serving of this lip-smacking pomegranate sangria, loaded tart oranges, sweet red wine, and crisp apples!
15 mins 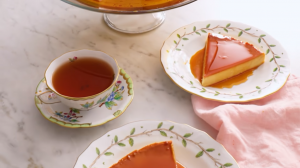 1
2
3
4
5
This velvety and decadent caramel flan is a rich sweet treat made with milk, eggs, and a dash of bourbon; that's prepped in just 20 fast minutes!
1 hr 50 mins
Load More