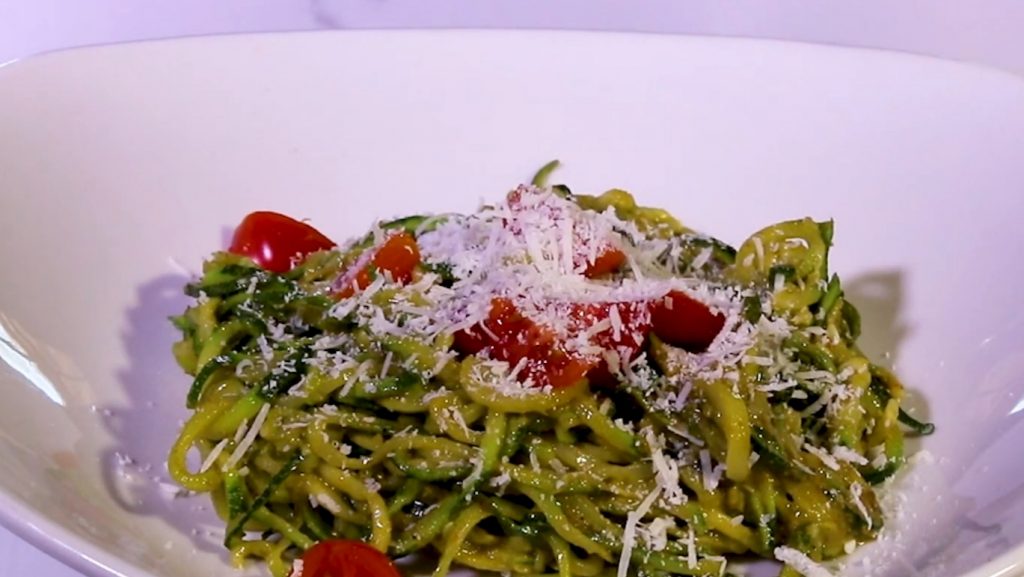 How To Make Double Tomato Pesto Spaghetti with Zucchini Noodles

Need a light, tasty summer meal? Make pesto spaghetti with two types of tomatoes, cherry and sun-dried, then serve it with zucchini noodles for freshness.

For The Pasta and Zucchini Noodles:

If you plan on having leftovers, store the zucchini noodles separately from the rest, as they leach water when they’re exposed to salt. 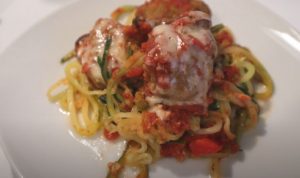 1
2
3
4
5
A low-carb version of spaghetti paired with a more flavorful and meaty turkey meatballs. Just the right recipe if you're watching out for the calories!
30 mins 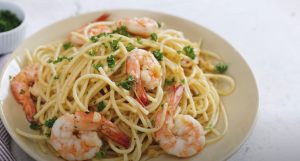 1
2
3
4
5
Put those spiralizer to the test! It's time to make a summer-perfect light and tasty shrimp scampi zucchini noodles! A great dish to share for two!
15 mins

1
2
3
4
5
These zucchini noodles make for a creamy and flavorful lunch that will not overload you with carbs. They're quick to make and packed with cheesy flavors.
15 mins 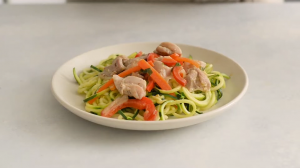 1
2
3
4
5
Chicken cooked in a green curry sauce makes for a simple Thai-inspired dinner. It keeps things like by using zucchini noodles.
35 mins 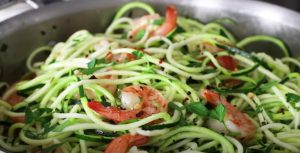 1
2
3
4
5
Fresh zucchini noodles tossed with shrimp and flavored with lemon garlic butter is an easy dinner dish that's low in both carbs and fats.
45 mins 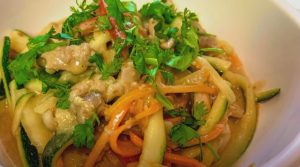 1
2
3
4
5
Zucchini noodles are a light and healthy alternative to pasta. In this recipe, they're cooked in a Thai-inspired peanut and lime sauce.
25 mins 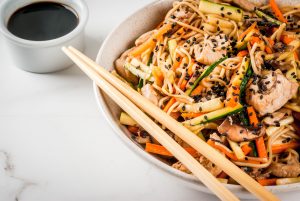 1
2
3
4
5
Serve an easy, low carb meal with these zucchini noodles tossed with spiced shrimp and tomatoes, finished with a squeeze of lemon juice.
20 mins 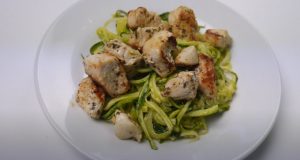 1
2
3
4
5
Good pesto is a must for this fresh summer recipe of zucchini noodles tossed in with pine nuts and parmesan for a simply delicious side dish.
20 mins

1
2
3
4
5
Try these quick zucchini noodles that make a perfect alternative for a low-carb dish. This simple dish takes 3 minutes to cook!
13 mins 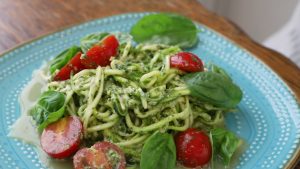 1
2
3
4
5
Enjoy a light, healthy, and tasty meal with this unique zucchini noodles tossed in with homemade pesto, cherry tomatoes, and topped with parmesan cheese!
30 mins 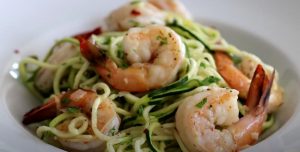 1
2
3
4
5
With shrimp and parmesan sauce on top a slightly crunchy zucchini noodles, the healthy vegetable version of pasta hype is here to stay!
Comments