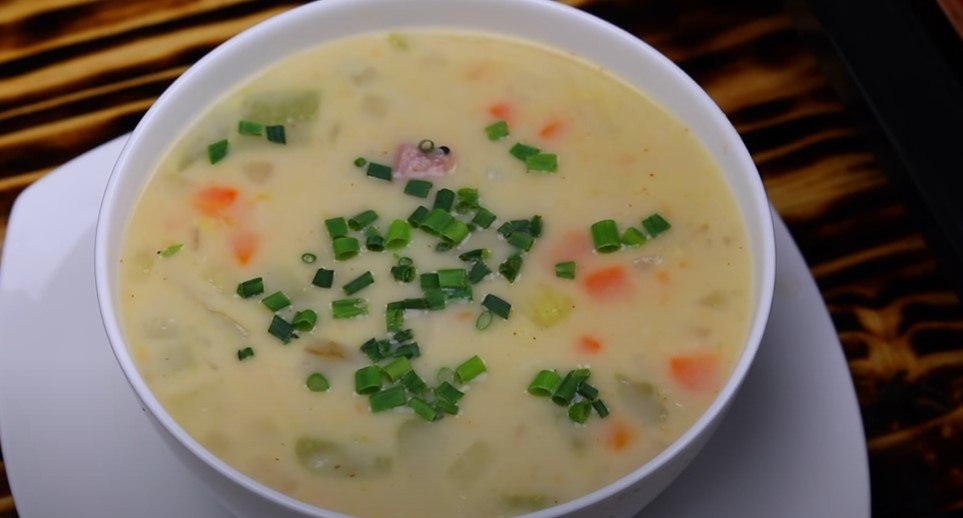 How To Make Quick and Easy Ham and Potato Soup

Enjoy this ham and potato soup recipe if you want a creamy and starchy consistency to your soup with a fresh sweet and smoky flavor and crunchy texture. 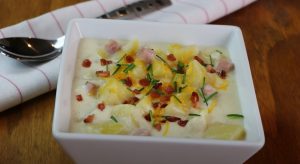 1
2
3
4
5
Enjoy a rich-tasting ham soup loaded with celery and potatoes for the most filling, warm meal! Serve up a pot of full of this in just under one hour.
55 mins 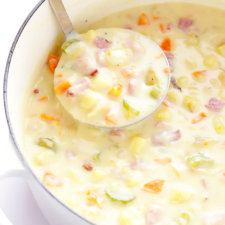 1
2
3
4
5
This creamy potato soup recipe is loaded with ham for extra protein to keep you warm and filled on a frigid wintry night.
30 mins

1
2
3
4
5
Grab a hearty bowl of this slow-cooked potato soup with tender carrots, ham, and a blend of spices cooked in chicken broth.
3 hrs 20 mins 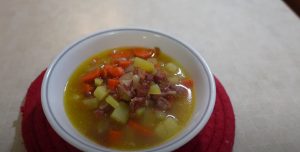 1
2
3
4
5
Put those leftovers to good use with this recipe for leftover ham bone soup. It's enriched by the addition of veggies like carrots and celery.
40 mins 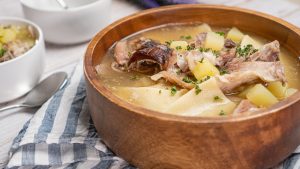 1
2
3
4
5
This Pennsylvania ham pot pie recipe is a hearty and filling meal best served during group gatherings. The ham meat mixed with vegetables is delicious and would definitely be your new comfort food.
3 hrs 10 mins 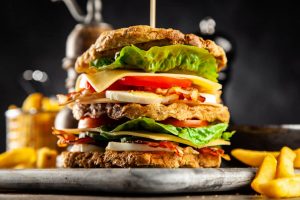 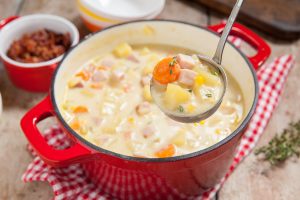 1
2
3
4
5
Nothing beats a warm, comforting bowl of Ham and Potato Soup with our yummy recipe. This delightful and creamy bowl is filling and easy to make.
45 mins 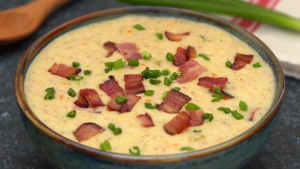 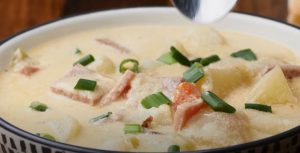 1
2
3
4
5
Cheesy and creamy, this cheddar soup is the ultimate comfort soup. It even comes loaded with carrots, potatoes, and ham as well.
30 mins 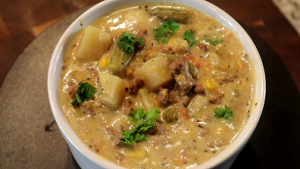 1
2
3
4
5
Have a warm and filling bowl of this hamburger and potato soup! Made with ground beef, carrots, and basil for a yummy easy dish cooked in just 35 minutes.
50 mins 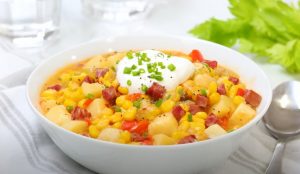 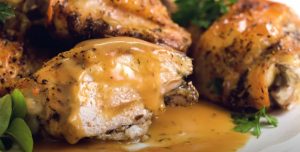 1
2
3
4
5
If you want your baked chicken to take on a deeper, more savory flavor, top it with this easy-to-make homemade ham gravy.
1 hr 10 mins
Comments

25 Reasons Why You Should Start Eating Real Food