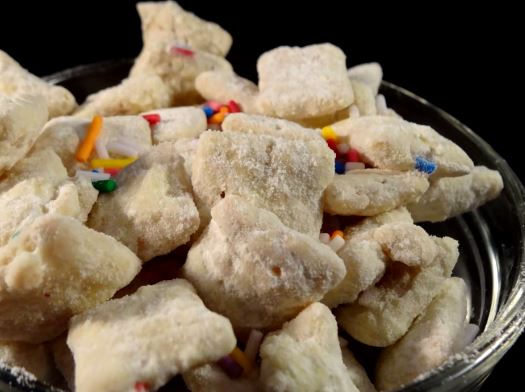 How To Make Spin-Off Puppy Chow

Enjoy a creamy and richly sweet puppy chow with this easy recipe made with rice cereal squares, white chocolate chips, and confectioners’ sugar to taste.

If desired,  pour the chocolate-coated cereal and confectioners’ sugar in a bag that zips shut. Shake it until coated. 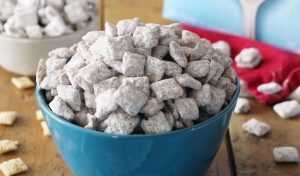 1
2
3
4
5
Cereal coated with peanut butter, chocolate, or both is the most basic form of puppy chow. This version has more, with brownie bits and pretzels too.
10 mins 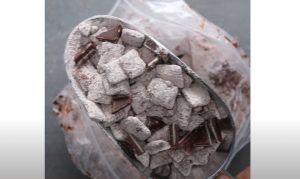 1
2
3
4
5
Puppy chow is an all-time favorite seasonal snack by kids. Give it a seasonal twist by adding flavorful pie spices and sweet white chocolate.
10 mins 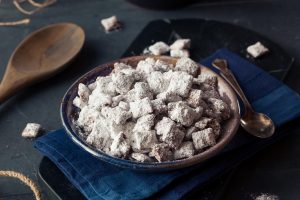 1
2
3
4
5
You can serve this sweet treat for dessert or as a snack. We used Chex, peanut butter, chocolate, and powdered sugar to create this tasty puppy chow recipe.
20 mins 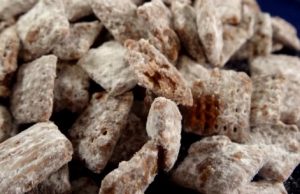 1
2
3
4
5
Turn up your usual puppy chow a notch with our puppy chow by adding some biscoff creamy spread, chocolate chips, cereals, and butter!
15 mins 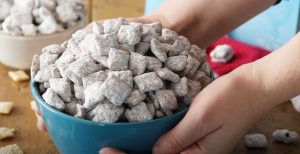 1
2
3
4
5
No bake and ready in 15 minutes, this puppy chow is a delightful mix of Nutella and sugar-coated Chex cereal. With peanuts for a salty twist!
15 mins 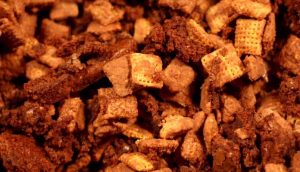 1
2
3
4
5
This recipe for butterscotch puppy chows requires no baking and is loaded with honest-to-goodness peanut butter, perfect for party snacks.
15 mins 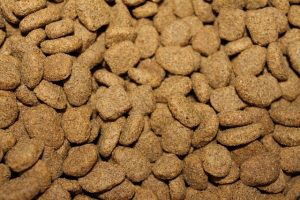 Made with peanut butter, crispix cereal, and milk chocolate chips. These are a tasty snack that's made for people and not for dogs. 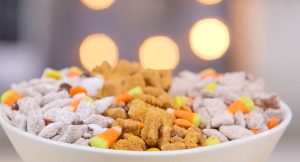 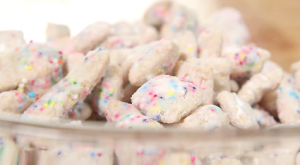 1
2
3
4
5
Puppy chow that tastes like cupcake batter? This cupcake puppy chow requires no baking at all so it's fast and easy to make, perfect for snack time.
20 mins

1
2
3
4
5
Everyone loves this Snickerdoodle puppy chow recipe that is covered in white chocolate, powdered sugar and cinnamon. It's so addicting!
13 mins 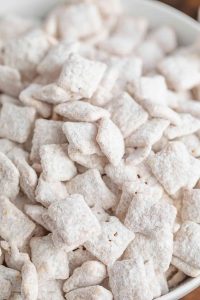 1
2
3
4
5
Get those Chex cereals ready and we are going to make a sweet and crunchy puppy chow coated with creamy peanut butter and melted white chocolate.
20 mins

1
2
3
4
5
These chewy brownies now have a crunchy accent thanks to puppy chow toppings which adds to the overall texture. Drizzle some rich, hot fudge on top as well!
40 mins
Comments