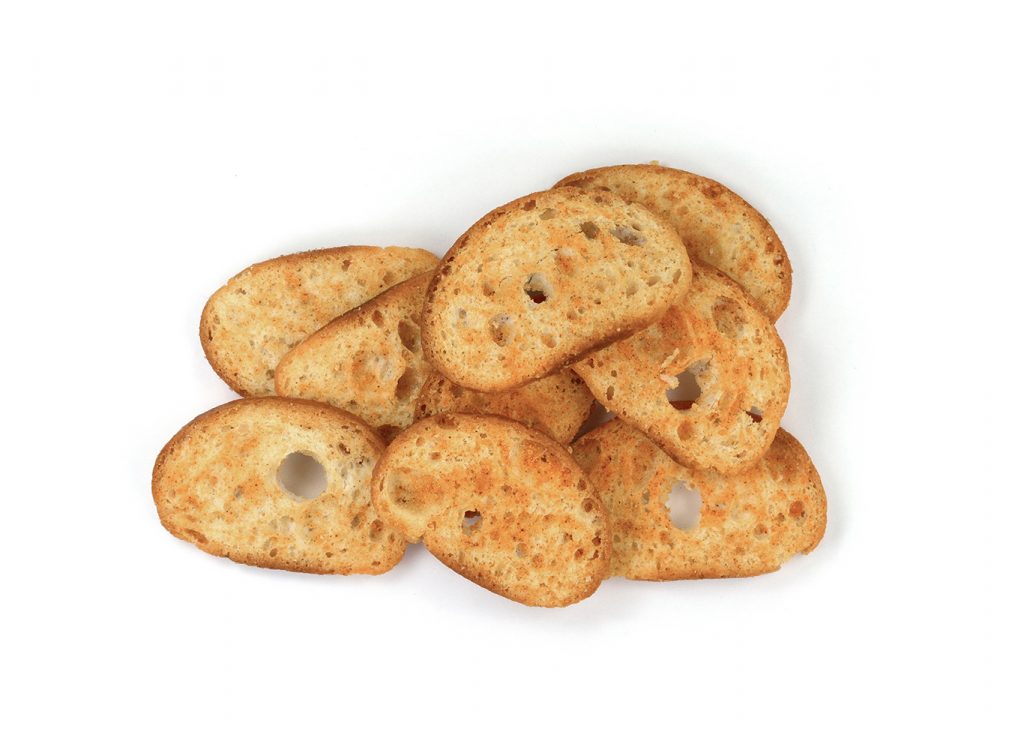 How To Make Crostini

Serve your guests a savory appetizer from Italian cuisine with our scrumptious Crostini Recipe. It’s fast and easy to make but looks and tastes divine. 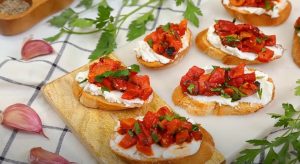 1
2
3
4
5
Fresh-tasting pear acts as a binding ingredient to the flavors of raspberry and goat cheese on top of a crunchy and savory crostini.
12 mins 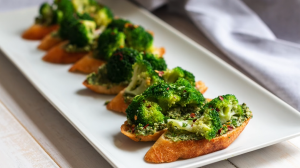 1
2
3
4
5
The earthy flavor of hummus, mixed with sun-dried tomatoes topped on a crunchy crostini along with broccoli is a flavorful and savory brunch.
25 mins 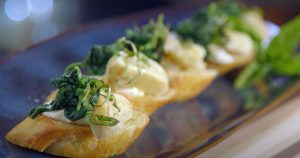 1
2
3
4
5
To shorten your prep time for this artichoke and parmesan crostini recipe, use storebought artichokes and whip this up in 15 minutes.
27 mins

1
2
3
4
5
Crunchy and savory crostinis are toasted to golden-brown perfection and topped with sweet and tangy grapes. Brie gives added umami to this grape crostini.
30 mins 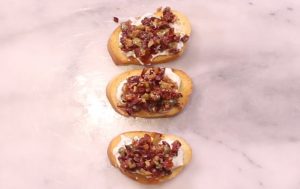 1
2
3
4
5
Cheese and bacon crostini with some tasty pimiento makes for a deliciously simple yet flavorful appetizer that you can feed a crowd with.
2 hrs 30 mins

1
2
3
4
5
This pierogi crostini dish is a smoky dish of tender dumplings, grilled over fire, and topped with either tender mushrooms or rich tomato salsa!
25 mins 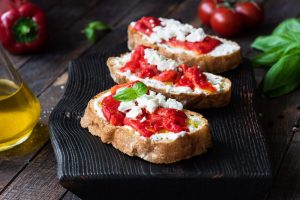 1
2
3
4
5
Savor an elegant and tasteful appetizer in this goat cheese crostini! Slices of baguette is topped with goat cheese, peppers, and chives, for tasty finger foods.
18 mins 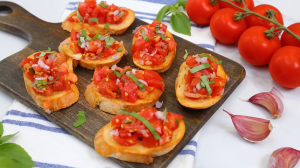 1
2
3
4
5
Oysters fanatics will adore this Bayou Crostini recipe. The burst of flavors from the buttered oyster placed on top of a toasted baguette with cheese.
25 mins 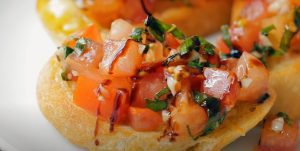 1
2
3
4
5
A quick appetizer with a hint of tang, this pepper crostini comes with soaked onions and cherry tomatoes layered over toasted baguette slices.
1 hr 10 mins 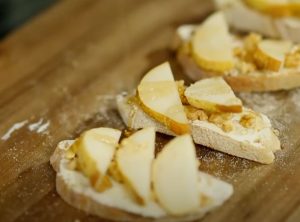 1
2
3
4
5
This stilton-pear crostini is made with brioche slices brushed with pumpkin seed oil and with a topping of pear slices, pumpkin seeds, and cheese.
25 mins 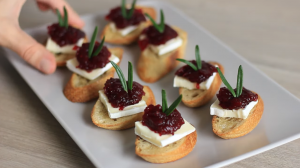 1
2
3
4
5
In this cranberry crostini dish, the bread is toasted in olive oil for a savory taste against a crunchy texture and adding the tartness of cranberries.
25 mins 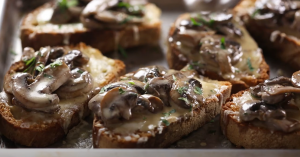 1
2
3
4
5
This baked crostini with makes an elegant appetizer. It has sauteed mushrooms and cheese over bread slices baked, then finished with parsley.
30 mins
Comments