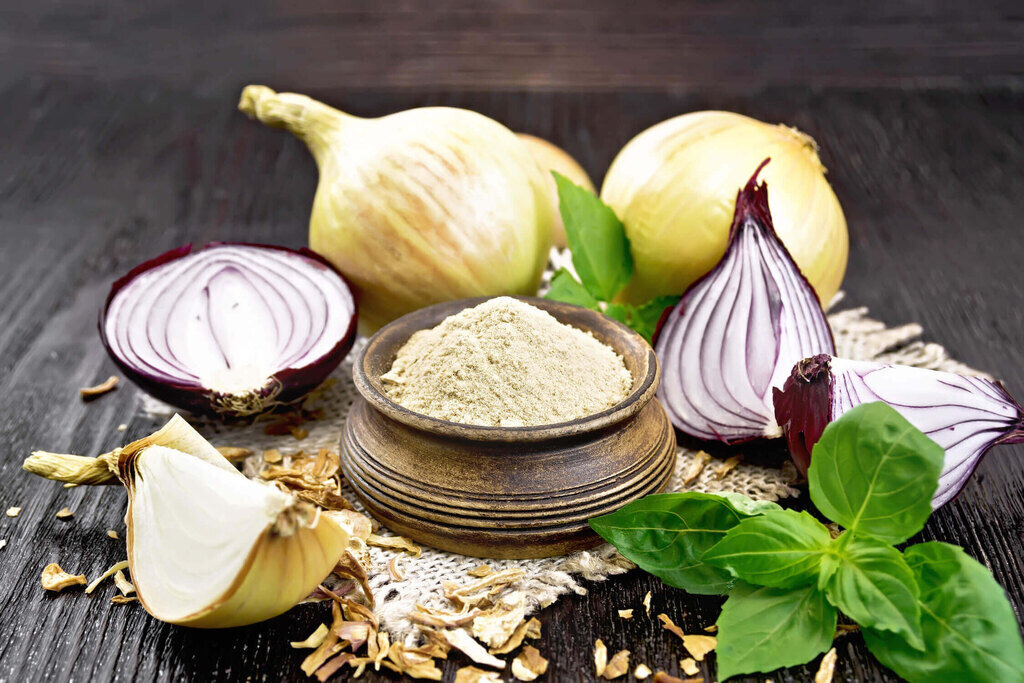 Onion is an important ingredient for countless recipes all around the world. Now, let’s zero in on one of its forms: onion powder. This variant is often used in spice blends like this savory hamburger seasoning. Used this way, onion acts as an essential seasoning that plays with dominant spices to bring a savory undertone to your dishes. In all its forms — fresh or powdered — this ingredient is a flavor powerhouse. Given its many uses, it won’t be surprising if you happen to run out of it. Though hard to replace, there are onion powder substitute choices you can easily use!

So continue scrolling and discover flavorful substitutes for onion powder you might already have in your kitchen. From the fresh options to powdered and coarse seasonings, this list has all you need to know, including what dishes suit them best and how to use them. 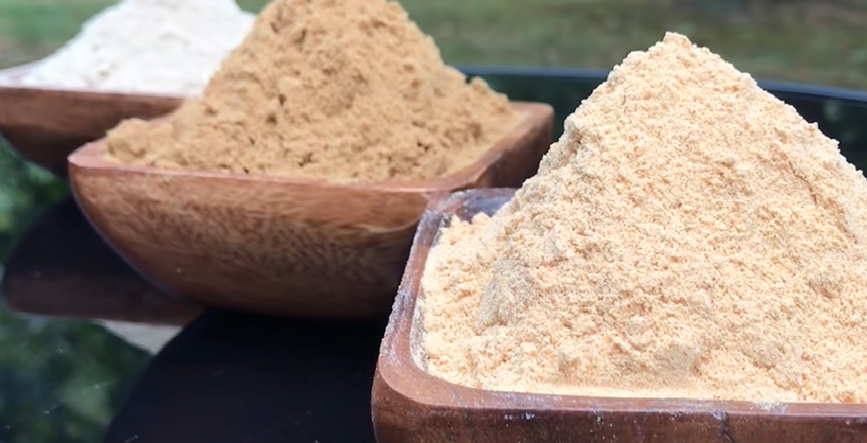 Before moving on to substitutes, is onion powder really made of onion? Yes. It is onion plain as day. To be exact, it is made of the dried variant and then ground to powdered form. This special ingredient is used for recipes that don’t need the moisture and the pungent aroma of the fresh variant.

Now, what can you substitute for onion powder? Browse the list below and check what dry substitutes suit your dishes.

Onion flakes is the best onion powder substitute there is. Like the powdered version, this backup is also made with dehydrated onions. The only difference is that it’s not ground to powdered form. But don’t fret! You can always use your handy spice grinder, mortar and pestle, and even rolling pin to extend its grinding process. And no one will even notice!

Because it greatly resembles onion powder in taste, you can use this alternative in any recipe. Now, aside from marinades and spice rubs, you can also use this for soups, stews, and as an additional flavor for deep fry batter. When you substitute onion powder with dried onion flakes, incorporate the exact amount as the recipe calls for.

Some confuse this alternative with dried onion flakes. However, the two have slightly different textures albeit being made from the same ingredient. To make things easier for you to remember, keep in mind that dried minced onion has a coarser and slightly more refined appearance. And similar to the flakes variety, you can also grind this more to achieve a finer texture.

For this substitution, you can use a 1:1 minced onion to onion powder ratio. This swap works better for salads and stir-fries rather than dishes with a smoother consistency because of its coarse texture. But, it works with any recipe once it’s ground.

Next on our list is granulated onion. This alternative is also slightly different from the coarse minced one. Granulated onion has a finer texture than the flakes and minced variants, but it’s more coarsely ground than the powdered form. To use as a substitute, we recommended putting twice as much as the recipe requires.

Garlic powder is often used alongside onions or onion powder in many recipes and spice blends. While not the best substitute, it’s one of the few that has a similar and complementary flavor profile to onion powder. Sure, it adds a garlicky taste, but it also has a savory taste that adds flavor and depth to the dish. It also has the signature pungent flavor and aroma that onions are known for.

Even so, you should avoid using this backup as a 1:1 substitute because garlic has a much more pungent taste. To add to that, this garlic powder also has a strong bite that onion powder lacks. For that reason, you have to cut the amount in half if you’re planning to use this as a replacement.

If you think about it, celery seed seems like a far-fetched swap. But just like the original ingredient, this alternative also boasts an aromatic, astringent, and pungent quality in any of its forms (fresh option included). Although not as strongly flavored as onion, the seeds also have savory elements in it as well. Combined, these qualities make up the well-loved onion.

If you wish to use this as an onion powder substitute, you can use it as it is. Or, grind it down some more using a spice grinder for recipes that need a smoother texture like soups and stews. Use a 1:1 celery seed to powdered onion ratio or as desired.

Onion salt is a seasoning made of onion powder and salt. This condiment usually mixes three parts onion powder and one part salt. Since this backup is saltier than pure onion powder, you should probably adjust the recipe to accommodate it. You can go with a 1:1 ratio but only if you’re reducing other briny ingredients to keep your dish from being too salty.

In the same vein, this condiment is very much like onion salt, only this one uses garlic powder. The usual mix is composed of three parts garlic and one part salt. If you don’t mind the slight flavor alteration, it can also be used as an onion powder replacement for soups, casseroles, dips, and stock. Again, you have to adjust other briny ingredients in your dish to use this in a 1:1 ratio. But we recommend starting with less just to be sure.

If you want a substitute that is closer to the real deal, then you can make your own onion powder at home! Another deal maker? The homemade stuff is fresher so you’ll have plenty of that onion taste. Now, don’t think it’s impossible to attempt this. It can be daunting at first, but it actually involves an easy process that everyone can follow. 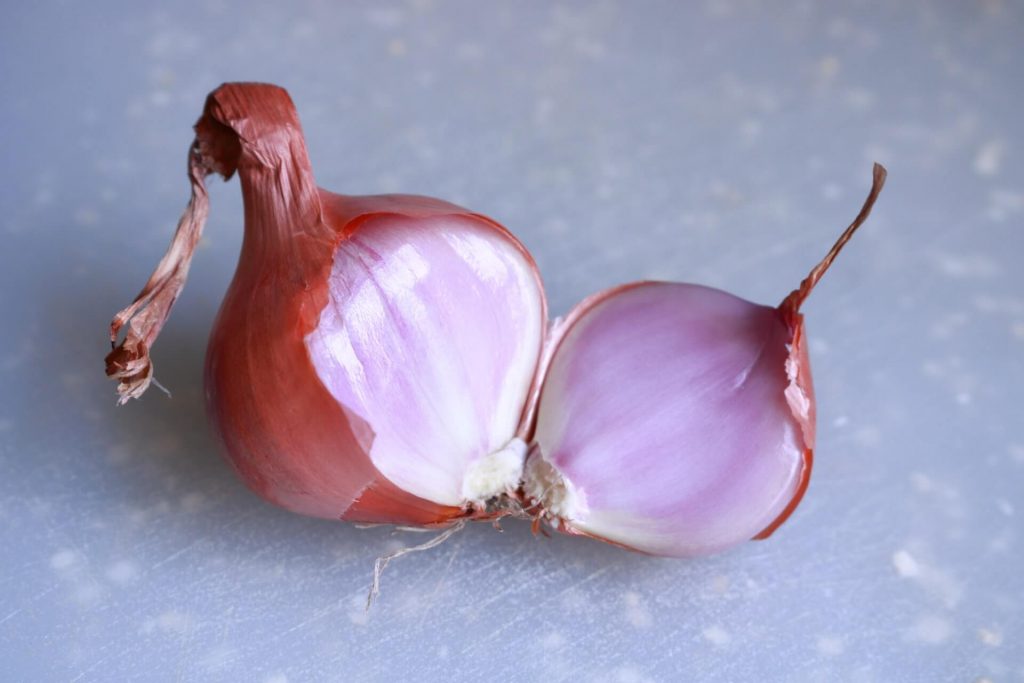 Just because these backups don’t resemble onion powder physically, does not mean they’re not a good substitute for onion powder. You just have to know how and when to use these fresh alternatives.

Just like onion in its other forms, onion paste is also an essential ingredient. This is especially true for Indian cuisine where it’s employed as a flavor enhancer as well as a thickening agent. This alternative is available in most Asian grocery stores but you can also make your own at home! Simply chop some fresh onions and blend. Prolong its shelf life by freezing in the refrigerator in an ice tray.

To use as a replacement, incorporate in your dish as the recipe suggests or add more to taste. But be careful in using this as a replacement. The store-bought variant can sometimes have a smooth texture, while other brands pack a coarser blend. If it’s the latter, then it’s better to use it in soups and sauces that don’t need a smooth onion ingredient.

One might think that fresh onion has a much more concentrated flavor than its powdered variant. However, it’s actually the opposite. Because it’s less concentrated, you have to use at least half a cup more of the fresh variant to replace the powdered sort. Of course, using this swap also means you’re adding more moisture into your dish, which is something to consider if you’re thinking of using it. This onion powder substitute works better for wet rubs and sauces. Adjust other liquids too if necessary.

Contrary to popular belief, shallots are not synonymous with onions. But they do belong in the same family and taste very similar. Shallots are smaller, milder, and less sharp and pungent. They are also often described as a cross between garlic and onion because they’re slightly nuanced by both.

Since they’re very similar, shallots and onions are used interchangeably in most recipes that require onion and its other forms (the powdered sort included). But there’s a catch. Because it is fresh, it’s better to use this for stir-fries, soups, sauces, and casseroles that don’t need a smoother texture. If you’re using this as an onion powder substitute, you can double the amount to make up for its milder flavor.

Scallions are a type of bulb related to onion and garlic. Generally, scallions have a mild and sweet taste that greatly resembles shallots. Therefore, you can also use this ingredient as an onion powder substitute. The intensity of its oniony taste depends on its freshness, and therein lies the major issue. Because once you purchase it, it can only be used for a couple of hours before it loses its freshness. So make sure to use it right away.

You can use this alternative for soups, sauces, wet rubs, and spice blends. Although, you have to add a bit more to get the same pungent kick of onion powder.

Like scallions, chives also have an oniony taste. Just like shallots and scallions, freshly chopped chives are not very suitable for dry spice rubs. Nevertheless, they’re a great onion powder replacement for soups, stews, sauces, and wet rubs where you can mask its appearance along with other ingredients. It’s commonly used as a garnish to add an extra layer of flavor to your dishes, and this is how you should employ it as well. You can start by adding exactly as the recipe suggests and then gradually add more as desired.

If you’re fresh out of chives and scallions, leeks will work just as fine because they’re also related to the onion family. Additionally, they also have a mild and sweet taste just like their cousin. However, it might be harder to masquerade them in your dishes because of their wider and tougher body. Even so, you can employ them on your stews and soups without much sweat if you know how to use them. Utilize them in the same way you would scallions and chives in soups, sauces, marinades, and wet rubs.

Despite their appearance, fennel bulbs are still an excellent substitute for onion powder because they taste somewhat the same. Fennel bulbs have a sweet, aromatic, and pungent flavor that mimics onion and celery alike. That said, you have to add a bit more when using it as a replacement for soups, stews, and sauces. 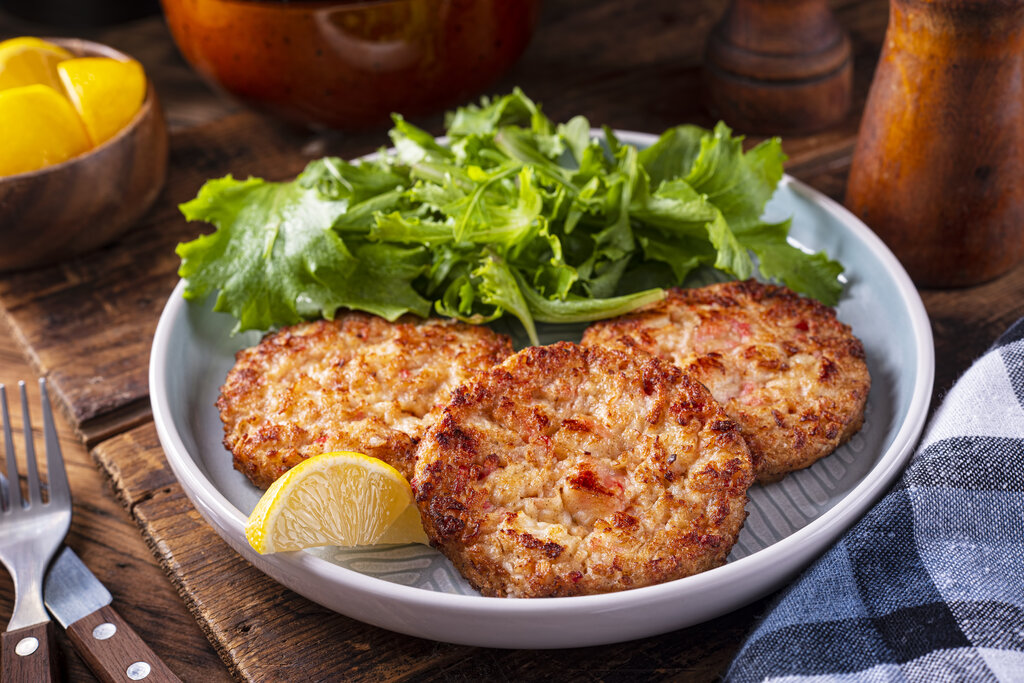 Here are some savory dishes that feature this flavor powerhouse:

READ NEXT: 17 Goat Cheese Recipes Every Fromage Fan Should Try 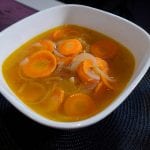 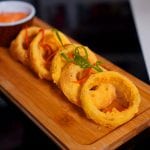 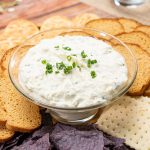 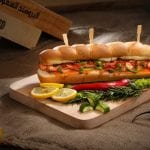 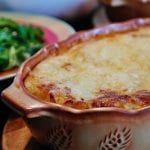 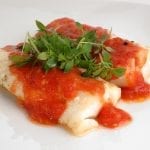 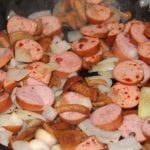 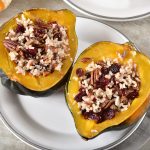 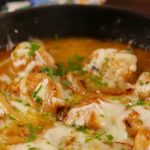 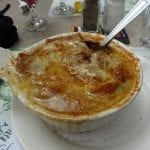 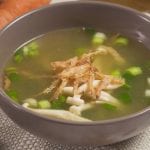 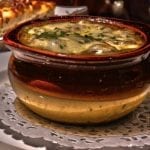