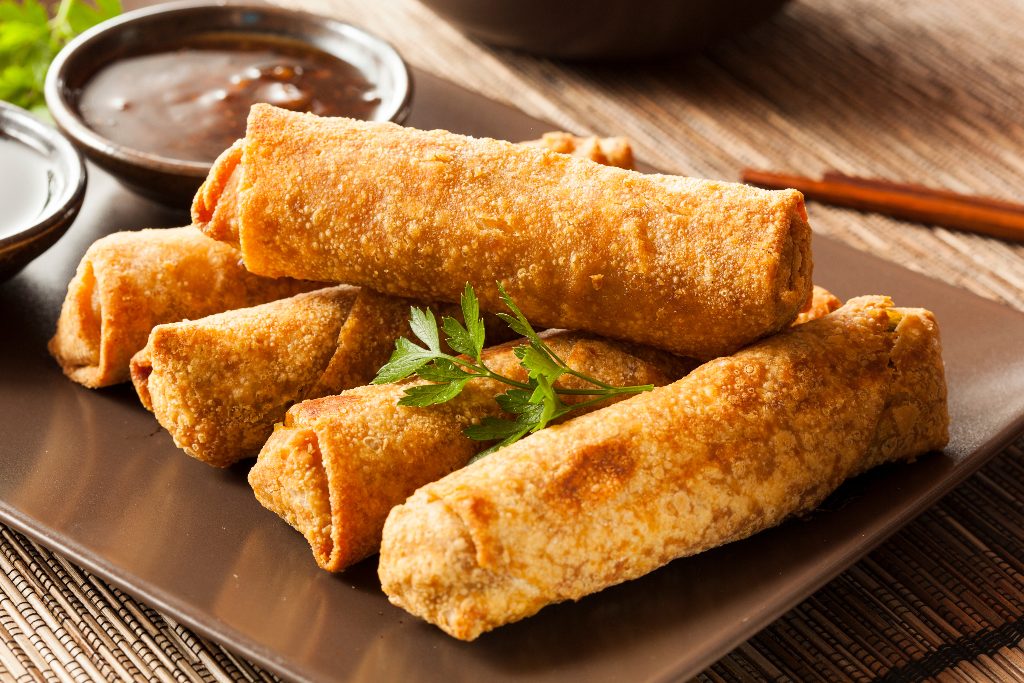 Egg Roll vs Spring Roll: How Exactly Are They Different?
Table Of Contents
'

A lot of people seem to confuse the terms “egg roll” and “spring roll” with each other. This is quite understandable since they refer to similar-looking dishes. But if you take a closer look, this egg roll vs spring roll debacle will yield many differences between the two. For starters, while the spring roll is a pillar of Chinese food, the egg roll is a much more Americanized version. Now, how else are these two dishes different from one another?

What Is a Spring Roll?

Tracing its roots back to China, the spring roll is a traditional Chinese appetizer or dim sum that is served during the Spring Festival or Chinese New Year. You’re welcome to enjoy it during regular days, though.

Besides the classic Chinese version, there are plenty of renditions of spring rolls from around the world. There are Vietnamese, Filipino, Thai recipes, and more, all with their own twist and identity.

What Is an Egg Roll?

The egg roll is an Americanized take on the Chinese spring roll. Although it resembles the Asian dish, it originates in the United States of America. It is unclear which state it comes from, but most people believe that it hails from New York City. 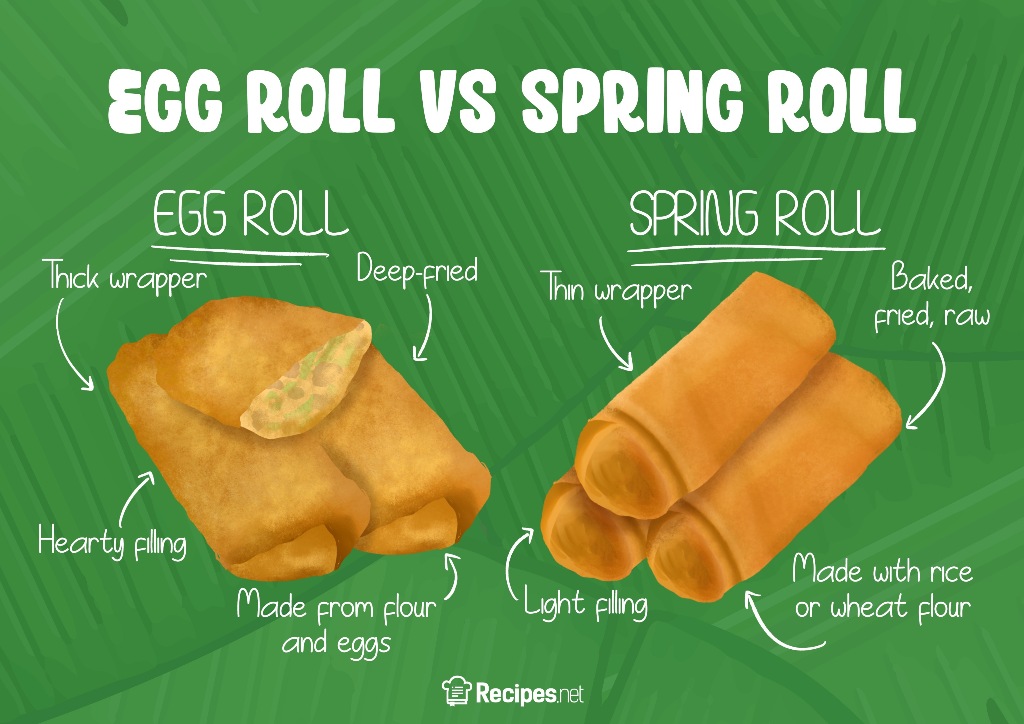 An egg roll is a deep-fried appetizer that is made with a hearty meat filling and a thick egg wrapper.

Meanwhile, a spring roll is a baked, fried, or uncooked appetizer commonly made with vegetables and a thin wrapper. The following are the exact differences between an egg roll and a spring roll.

What Are Inside Egg Rolls and Spring Rolls?

Certain spring roll recipes call for a stir-fried vegetable filling. Common vegetable fillings include carrots, bamboo shoots, bell peppers, and cabbages. All of these make for an excellent vegetarian meal. But, you may also find other spring roll filling variations with either cooked pork, chicken, or shrimp — ideal for meat and seafood lovers.

Egg roll fillings, on the other hand, are usually heartier. Apart from having cooked meat, an egg roll can also contain cooked and well-seasoned cabbages, celery, and other vegetables.

How to Cook an Egg Roll vs a Spring Roll

A spring roll can either be baked, fried, or not cooked at all. Meanwhile, an egg roll is deep-fried.

Apart from the varying wrappers and fillings, the way one is cooked is another big difference between an egg roll and a spring roll. This is the reason why spring rolls can be anywhere from soft to crispy, while egg rolls usually have a crispy and bubbly exterior.

Which Is Healthier: Spring Roll or Egg Roll?

All things considered, spring rolls are relatively healthier than egg rolls. After all, frying is optional for spring rolls, and they are often filled with fresh vegetables. A serving of spring roll has 148 calories and 19 grams of carbohydrates on average.

Egg rolls, on the other hand, are heavier. This is understandable, as they are often filled with meat. What’s more, egg rolls are also deep-fried. This brings the total calorie count of a regular egg roll to 223 calories per serving, with 24 grams of carbohydrates. 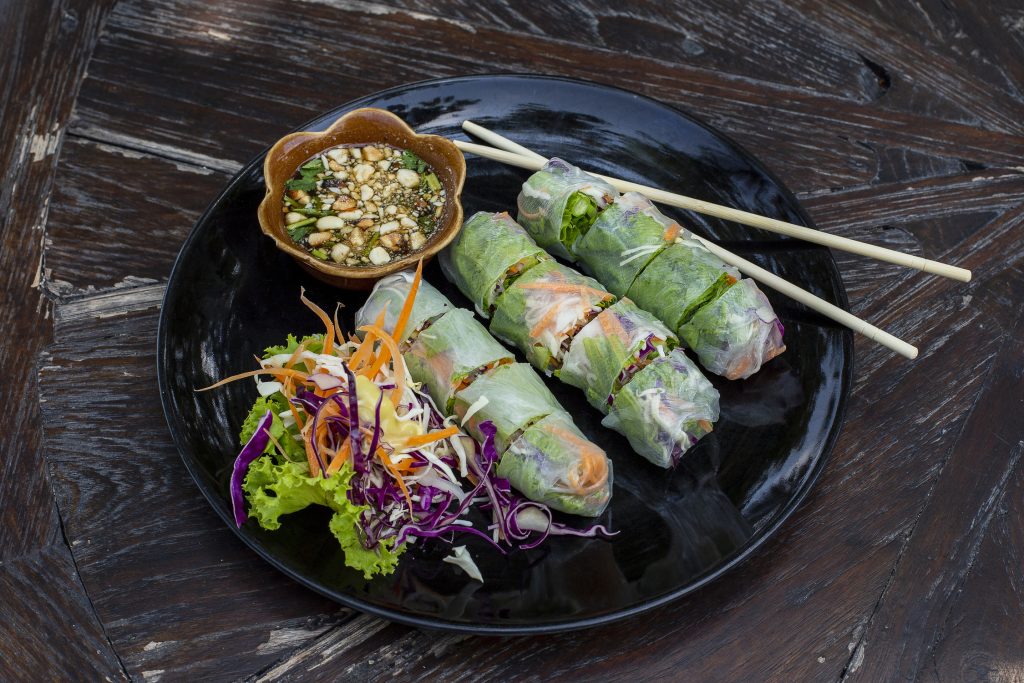 Now you know the exact differences between an egg roll and a spring roll! That said, not all egg rolls and spring rolls are made the same. There are regional and international varieties that you should know about. Here are some examples:

Read Next: Shawarma vs Gyro: How Exactly Are They Different?

Bonito Flakes (Katsuobushi): What Is It and How to Use It

18 Indian Desserts You Can Make At Home