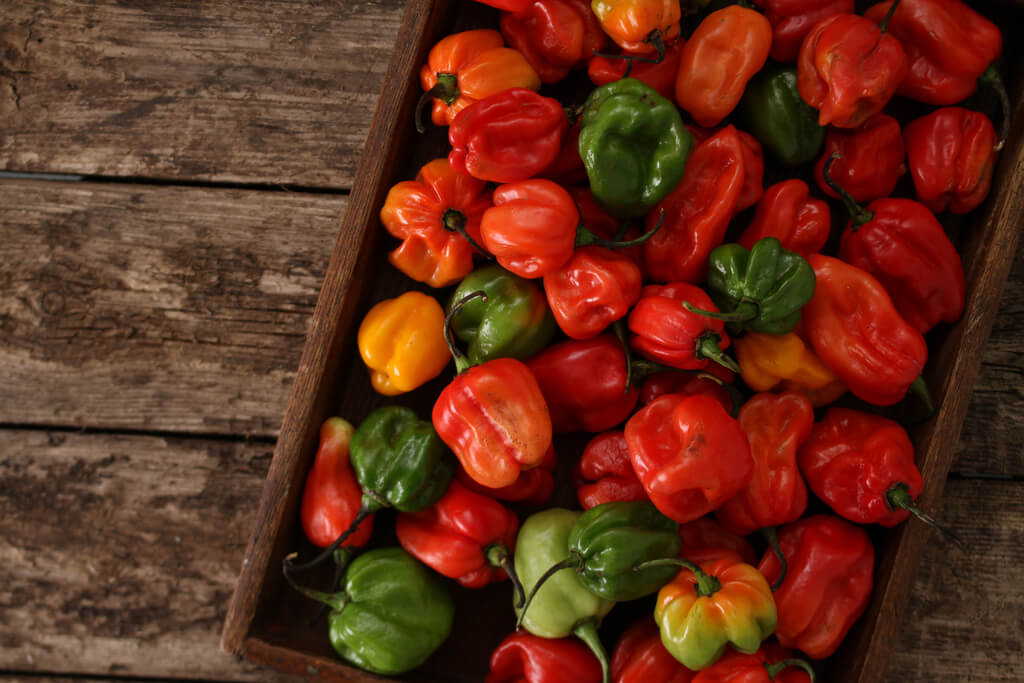 Scotch Bonnet: What Is It and How to Use for Cooking
Table Of Contents
'

When we think of chili peppers to use for our spicy dishes, we probably think of more popular options like poblano, habanero, and serrano peppers. But here’s one concealed gem that’s out of reach until now: scotch bonnet. First appearing in Jamaican and Caribbean cuisine before slowly making its mark in Western cooking, this piquant pepper is just as capable of bringing color and heat to your dishes. And while it’s not as popular in the United States, you might want to reconsider using this versatile ingredient.

To get a better grip of this flavorful pepper, continue reading and learn how it compares to other chilis and how to use it in your cooking. And once you’re ready, try some of the recipes that use the scotch bonnet!

What Is Scotch Bonnet? 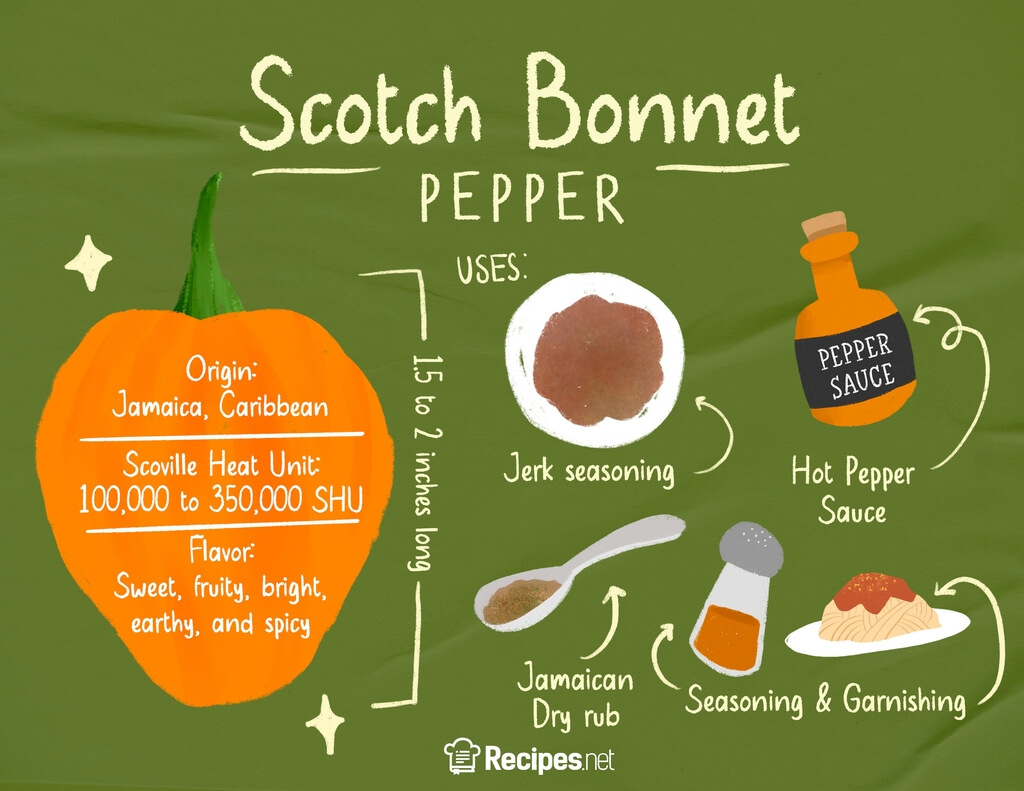 Scotch bonnet has several names under its belt. Bonney, Caribbean red pepper, and bahama mama are only a few. Famous for its unique shape and appearance, this hot chili pepper got its name from a tam o’ shanter hat (better known as a Scotsman’s bonnet) because they resemble each other. Now, it might be named so but this chili has no relation to Scotland at all. Used as a condiment that imparts adequate heat, it’s commonly added to dishes, sauces, and Jamaican jerk spice rubs used on meats, poultry, and fish.

We love this pepper not only because of its heat but also because of the unique flavor it imparts to dishes. While most varieties of chilies have a smoky and earthy taste, this sort has a bright and fruity flavor with a pronounced sweetness that tastes like apple, cherry, and tomato.

If you ever see a green scotch bonnet, then that one is still unripe. You’ll know it’s fully ripe when it has a bright red, orange, or yellow color. If you’re wondering what variant is commonly used in Jamaican cuisine, then it’s the yellow scotch bonnet that’s responsible for their dishes’ special flavor. There’s also a chocolate-colored sort that’s great for salsas and hot sauces.

How Hot Is Scotch Bonnet Pepper?

What most of us already know is that the bonnet pepper is very spicy. But how spicy is it, exactly?  It measures about 100,000 to 350,000 Scoville Heat Units (SHU) and sits right above Thai chili (rated about 50,000 to 100,000 SHU) and beside habanero on the Scoville scale. Scotch bonnet peppers are one of the hottest peppers in the world, but it has nothing on the ghost pepper which clocks in at about 855,000 to 1,041,427 SHU. Nevertheless, you’ll definitely feel the heat on the scotch bonnet.

Scotch Bonnet vs Habanero vs Jalapeno 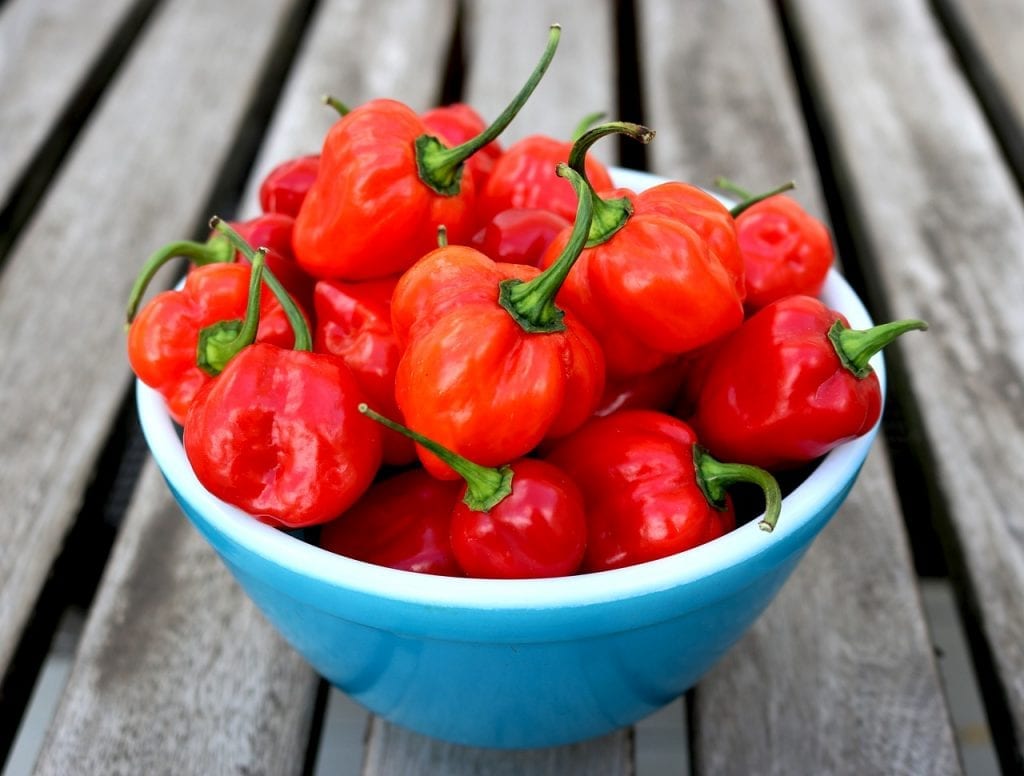 The scotch bonnet pepper and habanero pepper are often confused with one other. After all, they’re close cousins, which is the reason why they’re remarkably similar not only in appearance but in heat level and flavor as well. Both are slightly sweet with a noticeable floral and fruity taste. However, while the scotch bonnet has a more pronounced sweetness and a considerable amount of heat, habanero is known to be a bit bitter and slightly spicier than the former. They’re both rated at about 150,000 to 350,000 SHU. In the Scoville scale, that’s definitely in the hot zone. If you’re not very familiar with these fiery peppers, you’ll barely notice the difference at all.

We mentioned how the scotch bonnet and habanero pepper resemble each other in terms of appearance. Just like the former, habanero pepper also sports the shape of a bonnet but with pointy ends. It has an orange-red color with a body that’s an inch bigger – 1.5 inches to be exact. It can also have a bright red, orange and yellow color depending on its ripeness.

Now, let’s move on to scotch bonnet vs jalapeño. With 100,000 to 350,000 SHU, bonnet pepper is easily 140 times spicier than the average jalapeño, which is only about 2,500 to 8,000 SHU. Taste-wise, the jalapeño pepper is bright, smoky, and slightly earthy. Straightaway, it’s not a very good scotch bonnet substitute because it takes away both flavor and heat.

With a considerable amount of heat, the scotch bonnet should be handled with caution and care. The first thing to ensure is that you are wearing gloves when using the fresh sort. You should also avoid rubbing or touching your eyes when handling any variant (fresh or powdered). Otherwise, you’ll definitely feel the heat on your skin or eyes. Trust us, it will burn!

Now that we got that part cleared up, here are ways you can use this spicy condiment in your cooking:

A staple condiment in the Caribbean islands and Jamaican cuisine, scotch bonnet is the key ingredient used to make the famous Jamaican hot pepper sauces. With its hot yet sweet and fruity taste, this condiment alone can be used as a marinade, dipping sauce, and as a finishing touch to soup, stews, hot sauces, and bold salsas. Basically, you can add it to practically anything that needs a little bit of heat.

Again, the bonnet pepper is known not only for its heat but also for its sweet and bright tropical taste. Those are two of the flavor components one looks for in a good Jamaican Jerk marinade. With its unique sweet flavor and heat, the scotch bonnet is a flavor booster to any marinade. Plus, its color helps brown any meat, fish, and poultry.

There are a few recipes you can follow to make a Jamaican Jerk marinade. But whichever version, the bonnet pepper is a key ingredient along with aromatic spices such as allspice (also called pimento) and thyme. Aside from these spices, it also has nutmeg and soy sauce. Combined, this Jamaican jerk marinade packs a lot of heat and bright island flavor.

READ ALSO: 10 Best Allspice Substitute Options You Might Already Have In Your Pantry

Aside from sauces and marinades, the scotch bonnet is also added to spice rubs and spice blends. One of its famous applications is Jerk seasoning. It’s a blend of more than 12 spices such as cinnamon, thyme, cayenne pepper, allspice, and more. Traditionally, it’s used to marinate chicken and pork. But you can also use it to add flavor to a lot of dishes as well as coat deep-fried foods like chicken and fries.

In its powdered form, scotch bonnet can also be used as a seasoning. You can season beef, pork, poultry, seafood, and stews with it. Again, this piquant pepper is also responsible for flavoring some of Jamaica’s famous dishes like Jamaican curry, Jerk chicken, and back ribs. Modern applications include seasoning simple scrambled eggs with scotch bonnet pepper powder.

Aside from using it as a seasoning, scotch bonnets are also employed as a garnish on dishes and cocktails. It’s specifically known as a garnish for scotch bonnet marmalade cocktail. The cocktail is decorated with a thin slice of bonnet pepper on its glass. Some varieties also have whole peppers on the rim. Other popular applications include blending it with the drink to add a fiery heat and create a beautiful red color to cocktails.

Recipes that Use Scotch Bonnet Pepper 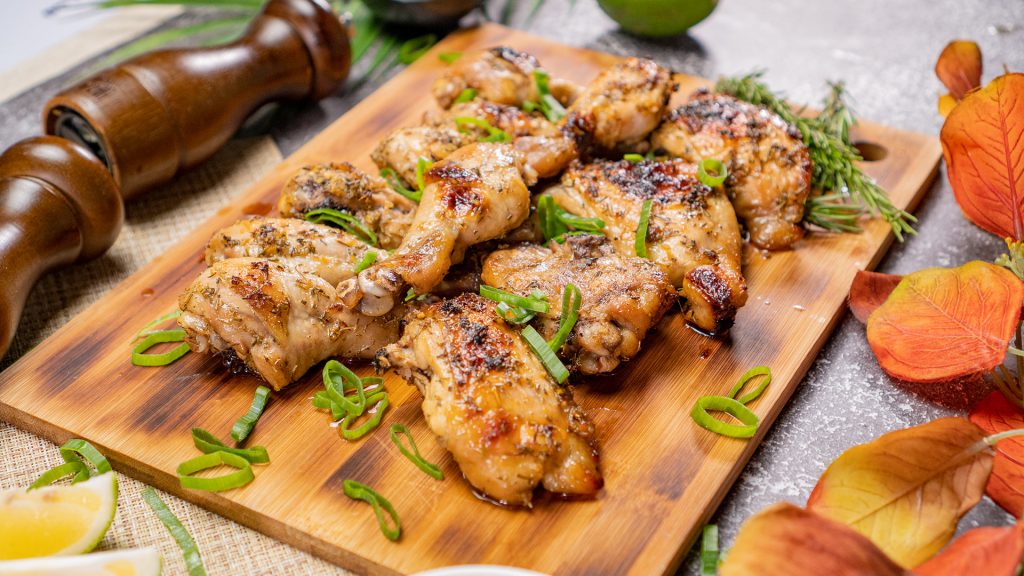 Unexpectedly versatile, the scotch bonnet pepper is a spice that everyone should have in their spice cabinet. Now that you have a better grip on this fiery ingredient, you might be wondering what dishes you can cook with it. Well, lucky you! We also have a shortlist of recipes can try at home. So grab your pans and stash of the bonnet pepper for some delicious recipes and pick what you like below.

Where to Buy Scotch Bonnet 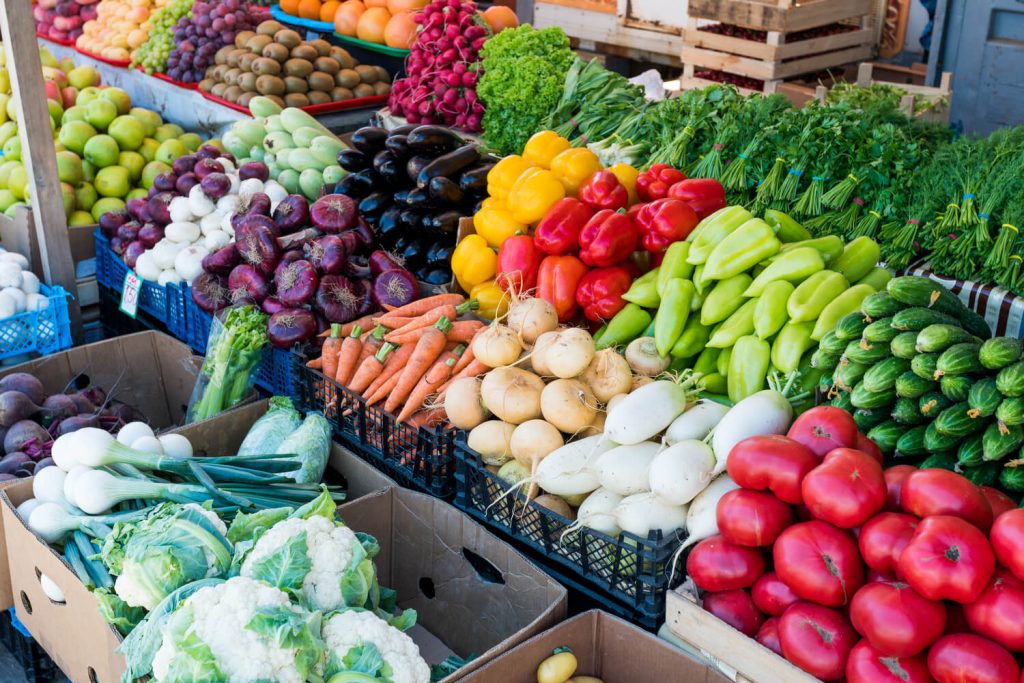 Because the scotch bonnet pepper is an international ingredient more famous in the Caribbean, spotting this in your local grocery store can be rare. You might have better luck spotting it at a farmers market. If that doesn’t do the trick, grocery stores in areas with huge Caribbean or Latin American populations would definitely have this fiery ingredient. You can purchase them whole, sliced, or chopped too. If you’re lucky, dried and ground scotch bonnet pepper are also available in some supermarkets.

If these options don’t bring you bonnet pepper, try buying online instead where they’re sold by weight. Before you buy though, you might want to prepare your wallet as they can be quite expensive too. To give you an idea of how pricey they are, they’re several times more expensive than jalapeño peppers.

How to Store Scotch Bonnet

For longer shelf life, the ideal storage would be to place the scotch bonnet chiles on a baking sheet, then freeze them in the freezer. After that, transfer them in a ziplock bag to save storage space. This way, your stash of bonnet pepper will last for several months.

Use Scotch Bonnet in Your Recipes for a Flavorful Spicier Dish

You can use this underrated spice in a variety of ways. Use it to make Jerk seasoning to flavor dishes and coat deep-fried foods, make some scotch bonnet pepper sauce for dipping and marinating meats and seafood, or use it to garnish your favorite salads and cocktails to add a fiery heat. With the many ways it can be used, you’ll discover why your pantry needs this sweet, yet fiery pepper!

Read Next: 8 Types of Oats and Which Is the Best