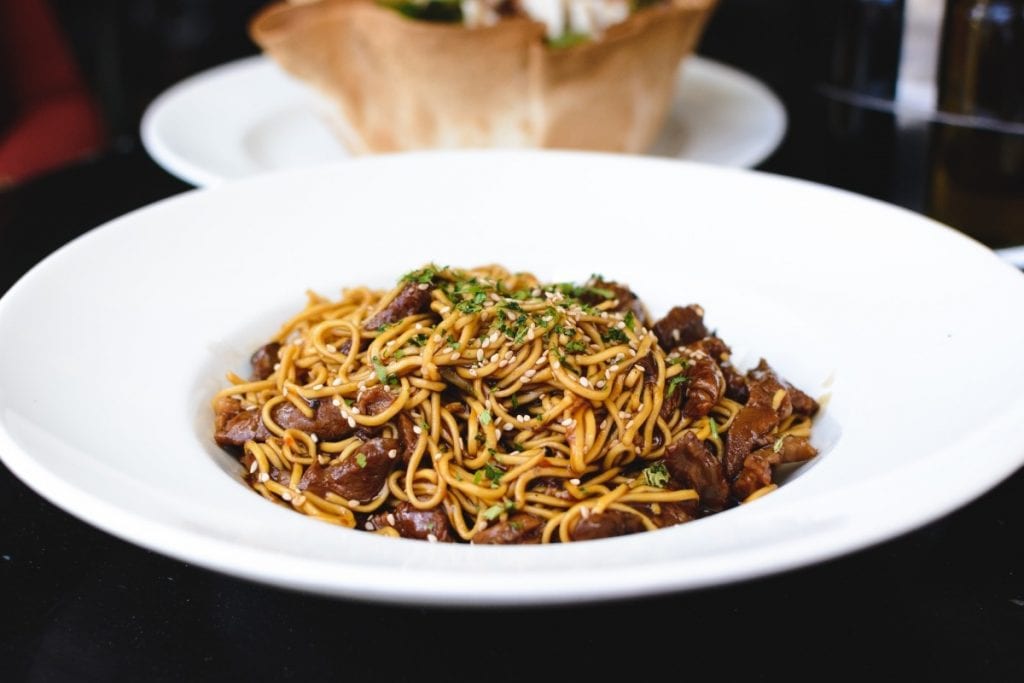 As popular Chinese-American food staples, you would think that the chow mein vs lo mein debacle has long since been settled. After all, we continue to enjoy these classic dishes and their many renditions ever since their arrival in the country.

What’s the Difference Between Chow Mein and Lo Mein? 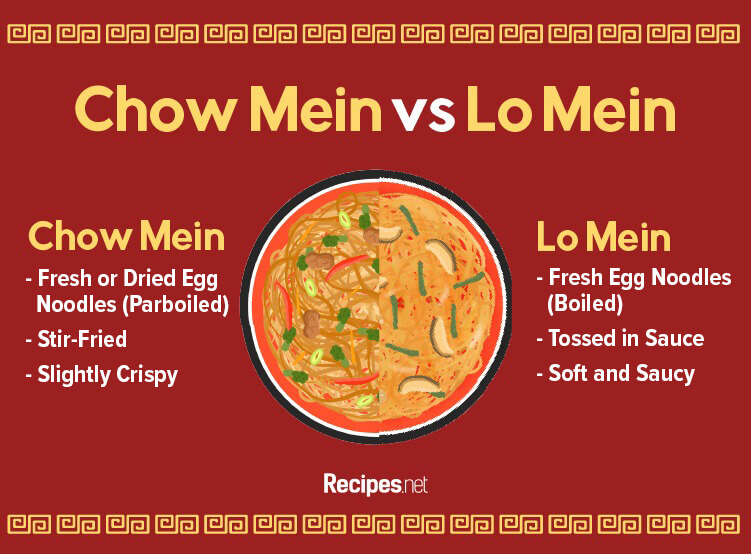 So, let’s compare lo mein and chow mein, shall we?

The main distinction between the two is already in their names. In the Cantonese dialect, chow mein or chow mian ( 炒面) translates to stir-fried noodles, whereas lo mein or lo mian (捞面) means mixed or tossed noodles.

Despite the distinction, restaurant menus often use their names synonymously. This is due to their similarities as both savory noodle dishes. Not to mention the resemblance in appearance and ingredients used such as vegetables and meat, seafood, or tofu. But to be more specific, here are their main distinctions:

Chow Mein and Lo Mein Both Use Egg Noodles 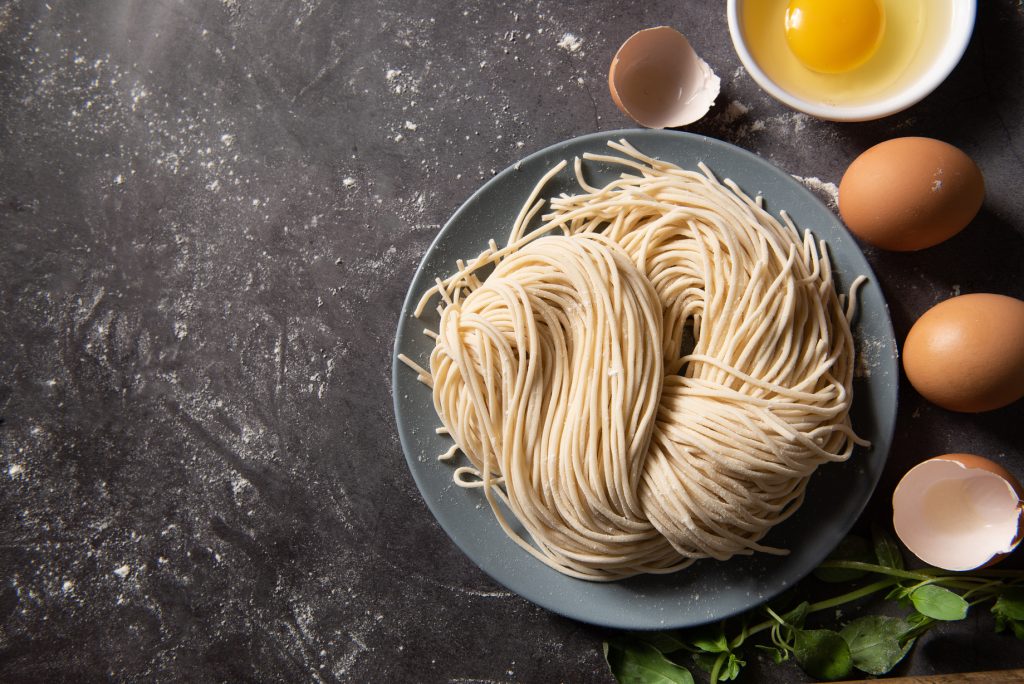 The ingredients of these two Asian dishes tend to be very similar overall, with little variation. Their difference in texture would make you think they use different noodles. However, for both of these dishes, the main ingredient is egg noodles made with wheat flour, water, and egg.

It’s different from the traditional pad thai recipe that uses rice noodles. It’s best to use freshly-made batches of egg noodles for lo mein as it gives the dish a more tender and chewier bite. In comparison, you can opt to use either fresh or dried noodles for chow mein. If you don’t have any at home, you can use fettuccine or linguine pasta to substitute.

Moreover, if we were to nitpick the subtle difference between both dishes’ noodles, we’ll find the noodle sizes worthy to note. Essentially, most chow mein recipes use thinner noodles as they work well when stir-frying using a wok. Thinner noodles also crisp up more easily. For a traditional pork lo mein, however, thick and chewy noodles work great with the rich sauce.

READ ALSO: Rice Noodles vs Egg Noodles: What Are the Differences?

How Chow Mein and Lo Mein Are Prepared and Cooked

As established, the noodles of these dishes are prepared differently and as a result, they differ in texture and mouthfeel. But much like pasta, you have to pre-cook the egg noodles first before combining them with other ingredients. For chow mein, parboil (partly cook) fresh or dried egg noodles for around five to six minutes (just until it’s al dente or firm to the bite).

Meanwhile, you should fully boil fresh lo mein egg noodles for two to three minutes. It’s also important to note that these timings may differ depending on the manufacturer, so you should always check the packaging of your egg noodles first.

After preparing the noodles you then combine them with all the other ingredients. And in this section, we’ll further elaborate on the varying cooking procedures for both these delicious Chinese meals. 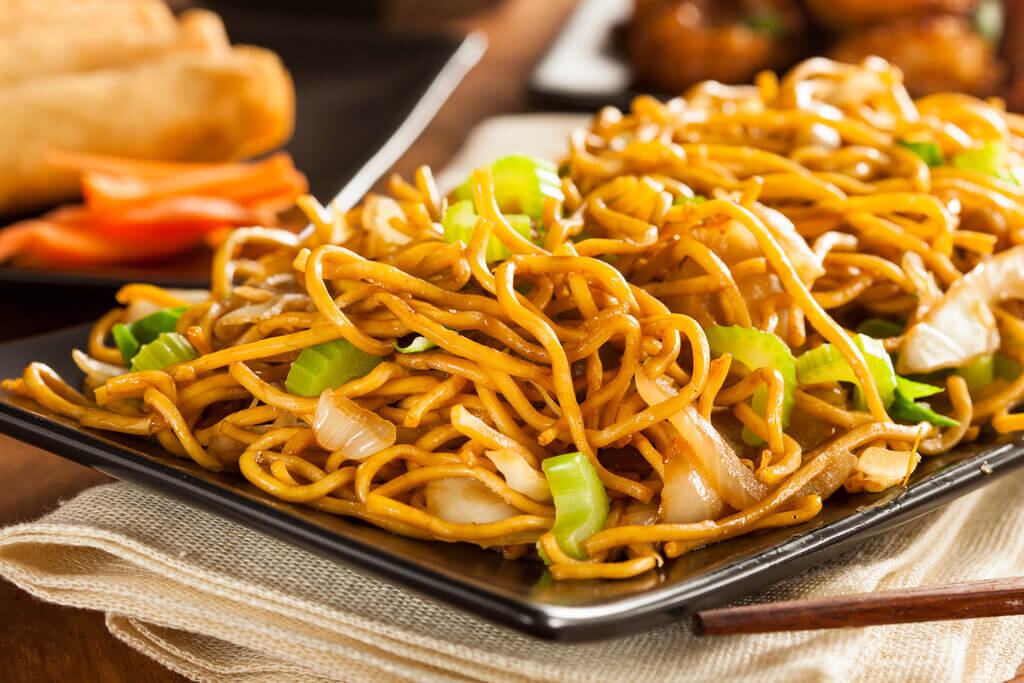 Popular versions of the dish include Cantonese-style, Hong Kong-style, and Singapore-style chow mein, which may be prepared differently.

There are two ways to prepare this classic dish. The first option for making pork or chicken chow mein is to separately fry the skinny Chinese noodles into a noodle pancake. Then, top the fried noodles with stir-fried meat, veggies, and seasonings.

Another popular method is to stir-fry the ingredients altogether. All in all, you should aim for the signature crispiness this Chinese stir-fried noodle dish is famous for.

Follow these simple steps to whip up a perfect Cantonese chow mein: 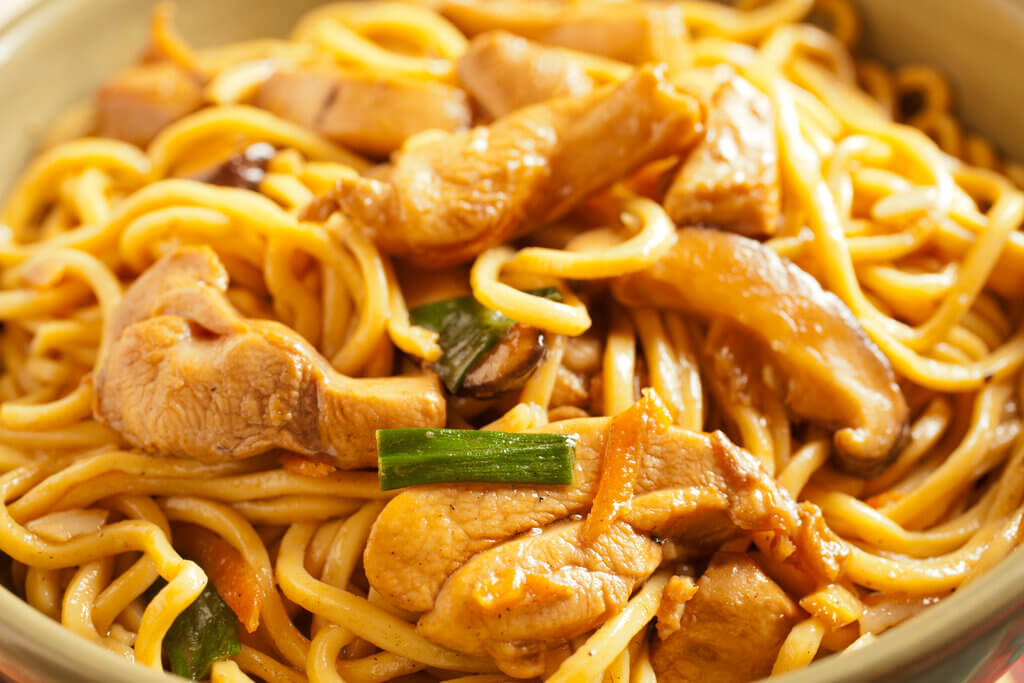 Conversely, plain lo mein requires an entirely different process. To make this saucy Chinese dish with soft noodles, you simply have to toss or mix the boiled egg noodles with the vegetables, meat, and sauce.

Following these steps ensure a properly cooked dish for when you decide to cook a ground beef lo mein at home:

Chow Mein vs Lo Mein: Which Is Better?

We all have our favorites when it comes to these Chinese noodles. So when answering which noodle dish is better, we say it ultimately simmers down to your preference and your taste.

If you’re someone who likes texture, a Panda Express chow mein may be the best bet for you as it has the crunch from the vegetables and crispy noodles. But if you want a saucy dish with chewy noodles you can slurp, a hot and sour shrimp lo mein will surely satisfy you.

On a healthier note, the better choice might be more specific. Since cooking Chinese lo mein noodles doesn’t involve a lot of stir-frying, you might wonder if lo mein is healthier than chow mein. Considering there is less oil used in a chicken lo mein vs chow mein, the answer is yes. Although, you should also factor in qualities such as the sodium content in the sauce.

Aside from the regular Cantonese lo mein, you can also explore other variations of this dish, such as the special Szechuan lo mein, Singapore lo mein, or a similar Japanese dish called yakisoba.

Read Next: What Is Mortadella and 3 Recipes to Try

Teppanyaki vs Hibachi: What Are Their Differences?

Queso Fresco vs Cotija Cheese: What Are the Differences?