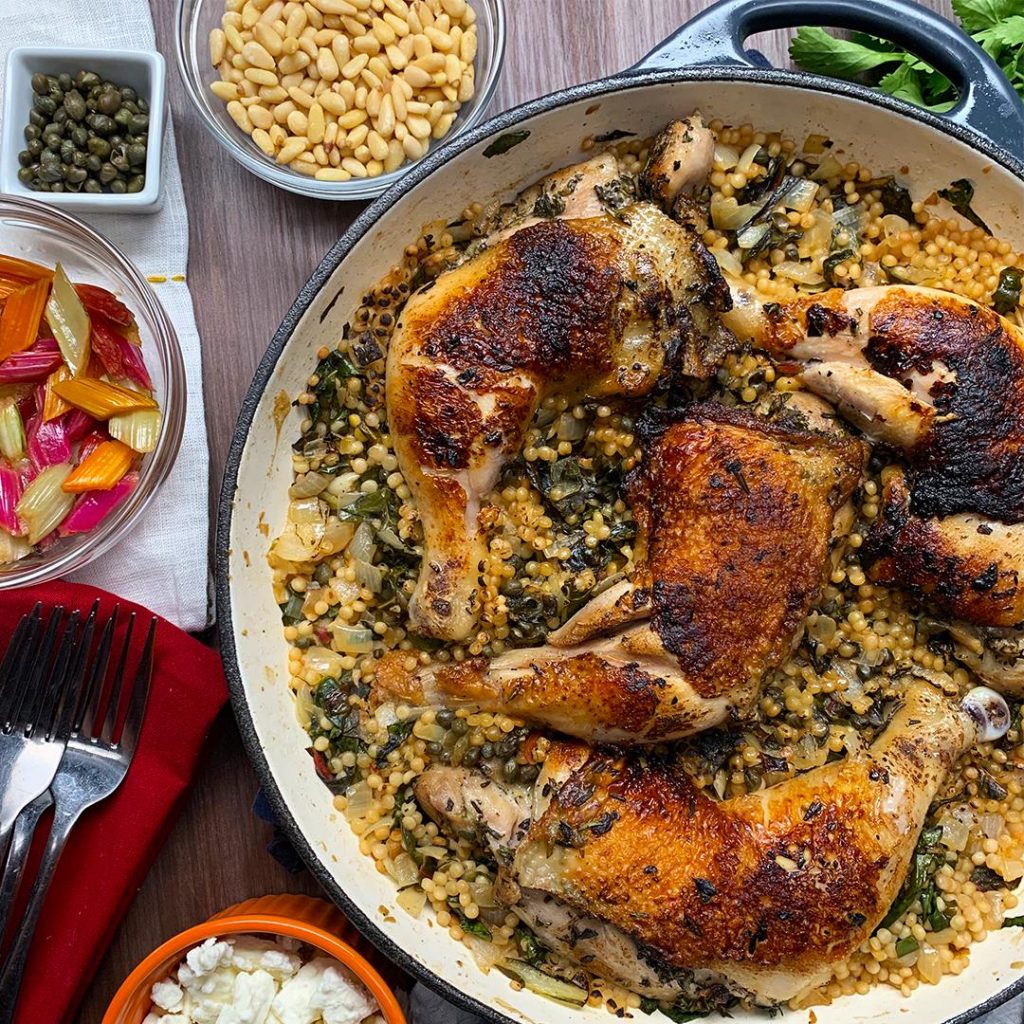 How To Make One-Pot Chicken Couscous

Watch this chicken couscous recipe disappear the minute you serve it at dinner! It’s both highly nutritious and highly filling dish that you need to try. 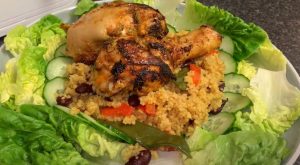 Roast chicken gets a deeper and more complex flavor with the addition of harissa. Serve this up with couscous to make one complete meal. 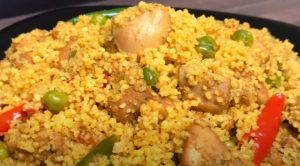 Bursting with bright flavors, this chicken and zucchini couscous recipe combines smoky spices, chickpeas, and tomatoes for a well-rounded meal. 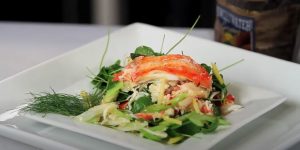 Middle Eastern flavors all coming together in this special Israeli Breakfast Couscous recipe with apricots, almonds, and coconuts. 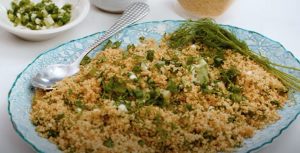 Try this simple and easy couscous recipe to make a tasty and fluffy side dish! It combines 3-ingredients for a quick 20-minute bite. 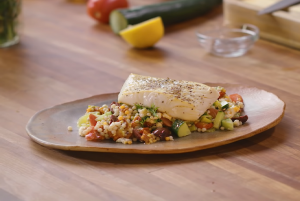 Flaky and tender monkfish, juicy tomatoes, and hearty seasonings make up this luscious and filling monkfish couscous! Whip up a serving in under one hour. 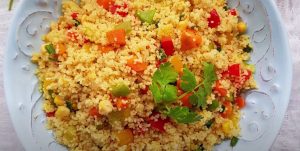 With tender veggies and chickpeas, this vegetable couscous is bursting with heavenly flavors from jalapeno pepper and tomato paste for a filling dish. 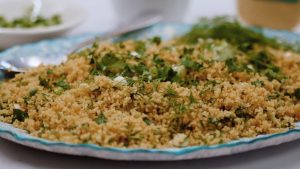 Couscous is the answer if you want to have a filling meal without the extra calories. Learn how to make couscous the right way. Just follow this recipe. 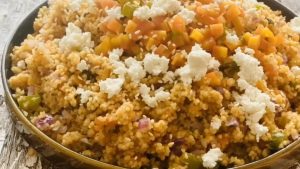 A versatile couscous recipe that you'll love! A refreshing dish that can be eaten as a snack, or even a light meal, that has a wonderful texture to it. 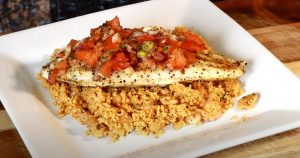 This sea-bass couscous is simmered in a flavorful sauce made with tomatoes, sweet potatoes, and a mix of spices for a delicious dish great for weeknights.

Seasoned fish fillets are seared and served over herbed couscous that brims with the bright flavors of lemon and parsley puree. Makes a superb dinner! 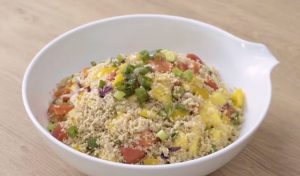 Sweet mangoes and raisins, along with spicy jalapeno, adds bites of sweet-savory flavors to this herbed and creamy mango couscous dish! 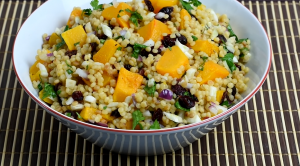 This rich squash couscous is deliciously spiced with aromatics and served with tender butternut squash, for a light, but equally filling savory meal!
Comments