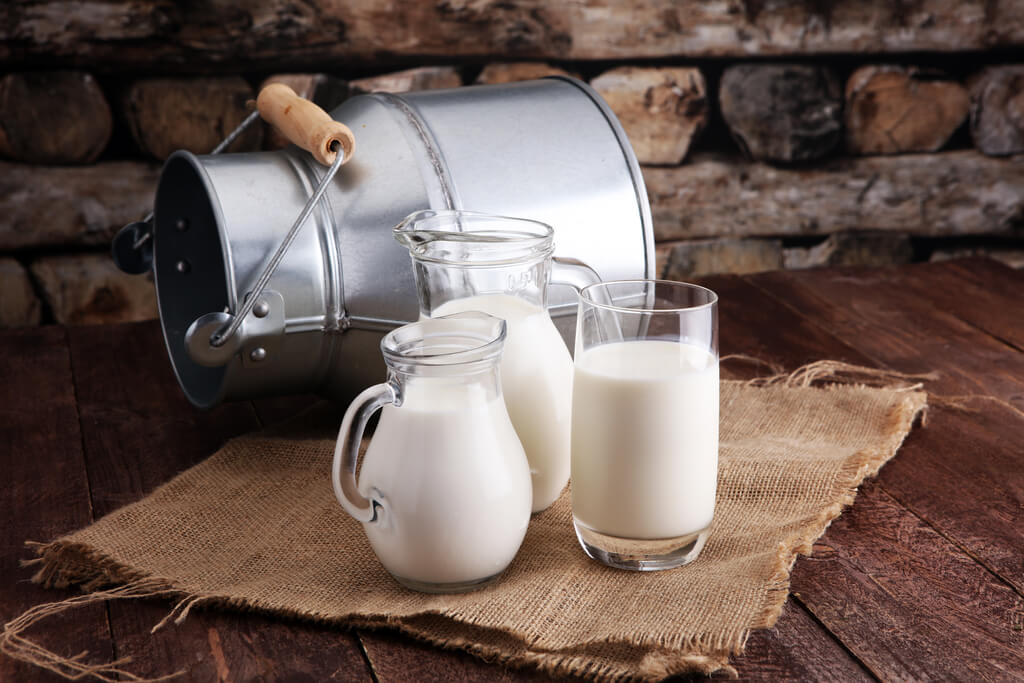 All out of whole milk or looking for non-dairy substitutes for allergies and diet preferences? Then good news! This list of whole milk substitute options will suit your needs for any occasion.

But what is whole milk? It is basically unprocessed cow’s milk that retains the full-fat content (about 3.25 percent) which makes it real food and a great staple in baking or cooking. Whole milk is responsible for keeping your baked goods moist, soft, and supports browning. And of course, whole milk is a fantastic ingredient to give that additional flavor burst in savory dishes.

That said, substitutes for whole milk can work just as brilliantly. Whether for cooking or for your iced coffee, trust that these replacements will fulfill your needs. If you are baking, note that there may be certain changes to the texture. So, keep reading and find out what replacements you can use for the dishes and desserts you intend to make! 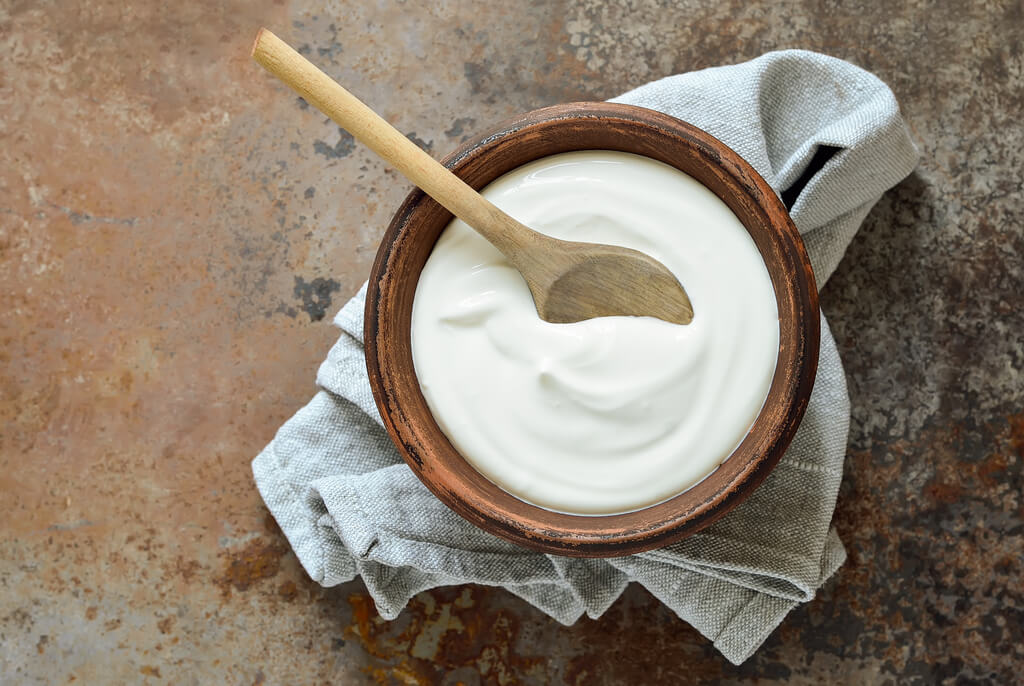 If you can’t squeeze out a cup of whole milk, then try these dairy whole milk substitutes. You can use half-and-half, two percent milk, and yogurt!

Half-and-half is basically a mixture of half whole milk and half heavy cream. What you get is a mixture richer than milk but not quite as thick as cream.  You can use it to make coffee, whip up the best cocktails, and blend into ice creams and desserts! We can’t deny that half-and-half does make a good whole milk substitute.

However, this whole milk alternative has a rather high-fat percentage of 10 to 18 percent which is why we do not recommend using this in a 1:1 ratio. To yield the best replacement that mimics the best in texture and taste, mix ¾ cup half-and-half and ¼ cup water.

Although it has a very high fat percent (about 36 to 40 percent), heavy cream is a good whole milk substitute. Mix equal parts heavy cream and water and use it in a 1:1 heavy cream to whole milk ratio.  The water dilutes the thick cream and reduces the fat content by half to accurately capture the creamy flavor and texture of whole milk. We recommend adding this replacement to baked goods, dishes, and even your morning coffee!

In case you are wondering, two percent milk is not watered down milk. It simply refers to the percentage of milk fat it contains. Because two percent milk is just shy of the milk fat in whole milk (3.25 percent), you can use this alternative in a 1:1 replacement for whole milk. You wouldn’t even be able to taste the difference!

Evaporated milk is one of the best whole milk alternatives because of the thick consistency that it gets from being heated such that approximately 50 to 60 percent of its water content evaporates. What we like about this replacement is its longer shelf life because it is canned. It is also able to withstand high temperatures without curdling! If you are looking to bake a cake, clumpy batters will no longer be an issue for you.

Though sour cream may look like an oddball on this list, this whole milk substitute is actually a great way to add moisture and a rich and creamy taste to your baked goods thanks to its high-fat content. What we like about this replacement is that it won’t alter your dish’s flavor. Unlike yogurt (and some replacements on this list), you don’t need to adjust other ingredients to address flavor alterations.

Add one cup of sour cream to every cup of whole milk. This backup seems to work quite well for most dessert recipes especially citrus and chocolate-flavored desserts.

Looking for a whole milk substitute for baking? Try plain yogurt! You can count on it to be readily available in every grocery store you go. All the better if your pantry already has it.

Before you jump on a baking spree with yogurt, bear in mind that has a thick consistency with a tangy flavor that’s absent from the original ingredient. That is why we recommend gradually mixing yogurt with water until it resembles the consistency of whole milk. And just a touch of vanilla extract can help offset the tangy flavor and capture the flavor profile of whole milk better.

READ ALSO: Can You Freeze Yogurt? Yes, Here Are 4 Ways!

If you’re all out of options and you only have the powdered sort in your pantry, then this substitute will do nicely in some baked goods, soups, and beverages! As a matter of fact, some bakeries prefer to use it because it keeps longer than whole milk. A few reminders though: dissolve it properly or else it will feel gritty in your dishes and baked goods. To replace the whole milk, dissolve ¼ cup of powdered milk in one cup of water. This amount equals one cup of the original ingredient. 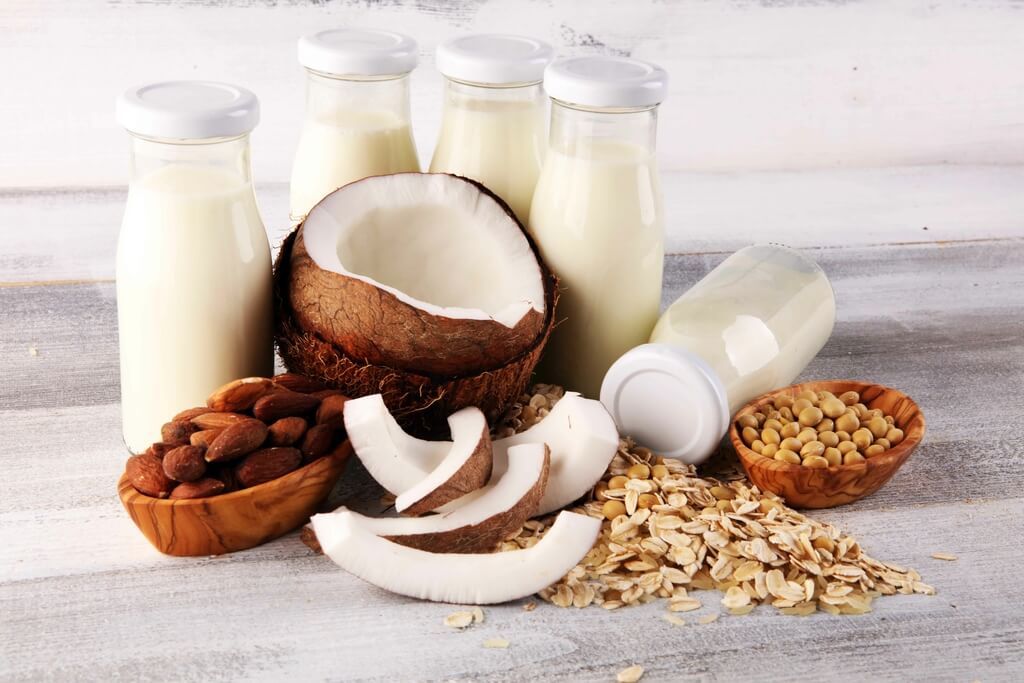 For those with allergies, dietary preferences, or who are lactose intolerant, these non-dairy milk options are great alternatives that you can use in place of whole milk and dairy substitutes!

Of all the dairy-free options, soy milk has one of the mildest flavor profiles which makes it a good vegan substitute for whole milk in baking and cooking. It has a slight bean and nutty flavor that you can easily mask by adding and adjusting other ingredients. For cooking savory dishes, unsweetened varieties work better than the sweetened sort which is usually used for smoothies, cereals, and drinking.

Because it has a similar viscosity to the original ingredient, you can add the same amount the recipe calls for whole milk.

Another great contender for vegan whole milk substitutes is almond milk. When you try to use it though, you’ll notice that baked goods rise and bake more quickly. That’s probably because it contains more water than dairy options. So keep an eye out for your baked goods if you decide to use this option.

On the downside, this sort lacks the naturally sweet flavor of whole milk. So to closely mimic the taste of whole milk, pick options that have low sugar or lightly sweetened varieties in the grocery store. This will add a slightly sweet taste and rich creamy texture to this backup. Use this alternative in a 1:1 almond to whole milk ratio.

Successfully tried and tested as a substitute for cow’s milk, oat milk can be used for both sweet and savory dishes. Its thin consistency and very mild yet slightly sweet flavor mimic the attributes of whole milk. We may commonly know oat milk as a beverage to drink or to add to your cereals, but it’s also good for cooking savory dishes like curries, cream soups, and sauces. Substitute exactly one cup of oat milk for whole milk.

READ ALSO: 8 Types of Oats and Which Is the Best

Now that people are realizing the benefits of a plant-based diet, non-dairy milk options are emerging left and right. One of them is cashew milk. With its mild and milky flavor that’s slightly sweet, you can use this the same way you would use regular milk in drinks, cooking, and baking. To use, add it in a 1:1 cashew to whole milk ratio.

What we like about this option is that they’re readily available in most grocery stores too which many would find convenient. However, some varieties contain sweeteners and additives that don’t fare well if you’re using them as a replacement for whole milk. We recommend getting the unsweetened or regular ones.

However, this vegan alternative has a strong coconut flavor that can easily overpower any light-flavored ingredients. But if you’re using it in small quantities or adding it to taste, then it should be fine.

Kefir and buttermilk are not exactly ideal replacements for whole milk. But in a pinch, you can also consider using these if you don’t have any of the alternatives we mentioned above. Kefir is a sort of yogurt drink that is often used to make smoothies, ice cream, salad dressing, and breakfast bowls in place of yogurt. If you’re using this as a backup for the original ingredient, we also recommend gradually mixing water in first. Thereafter, you can replace whole milk in your dishes with an equal amount of kefir.

Kefir is still a little harder to find. Buttermilk, on the other hand, can be spotted in most grocery stores. If you’re all out of whole milk, use this as a marinade for chicken and pork, batter for fried foods, and a leavening agent for biscuits and other baked goods. However, please note that this replacement is not a direct substitute. It has a thick consistency with an acidic property that reacts to baking soda and powder.

To address this, you have to adjust a few ingredients here and there. For every cup of buttermilk, you have to add half a teaspoon of baking soda and use two teaspoons less baking powder. For cooking soups and sauces, add it gradually and heat it gently or it will curdle.

READ NEXT: How to Zest a Lime in 4 Easy Ways (Plus Tips and Tricks!) 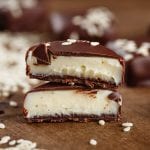 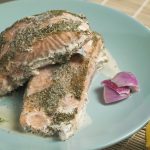 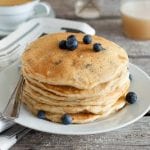 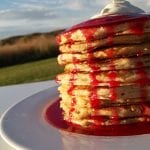 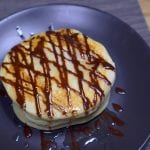 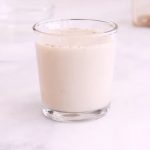 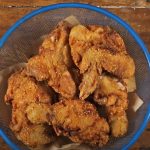 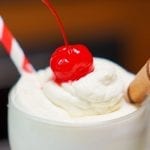 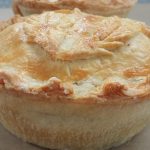 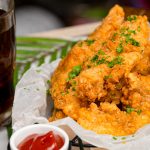 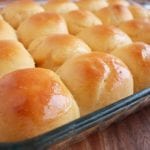 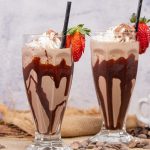