Say, you’re cooking up an elegant braised chicken for dinner. You’ve already got the white wine and crème fraîche. Only for you to realize halfway through that you’re missing a key ingredient—tarragon! Now, what to do if you’re out of this aromatic herb at the moment? Well, rummage through your herbs drawer for tarragon substitute options, that’s what! Apparently, you might already have in your pantry some tarragon substitutes that you can use instead.

Keep on reading to know more about this pungent herb and the best alternatives that can match its taste and culinary functions.

For more ingredient substitution guides, check our article on 12 Best Coriander Substitute Options You Can Use. 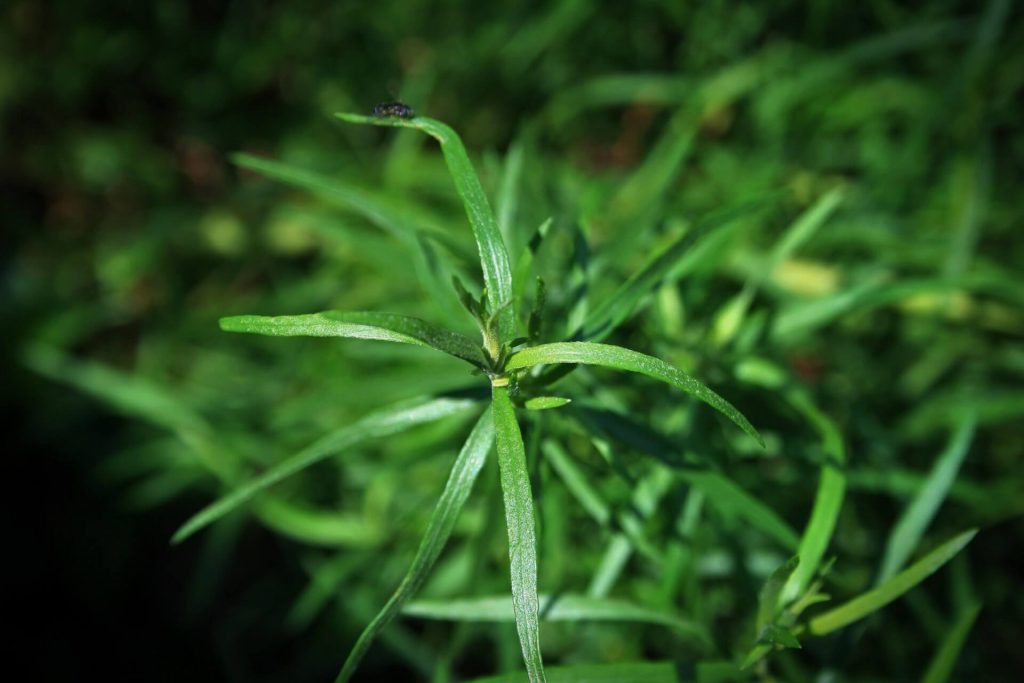 Native to North America and most of Europe and Asia, tarragon is a perennial herb from the sunflower family. This grass-like herb grows out on slender stems. It also has thin, glossy leaves and small yellowish, greenish, or white flowers.

There are three Tarragon varieties: French, Russian, and Mexican tarragon. Among the three kinds, French tarragon, being the most flavorful, is the one most commonly used in cooking. While Russian tarragon almost looks identical to the French variety, it has a mild flavor with bitter undertones. Meanwhile, the flavor profile of the Mexican variety, also known as Spanish tarragon, is akin to that of French tarragon. Plus, it also produces small golden flowers.

Tarragon, having a complex flavor profile, elicits different reactions from people. Because of its methyl chavicol content, this culinary herb has bittersweet notes with underlying pungency. Off the bat, it has a licorice-like taste.

Uses of Tarragon in Cooking 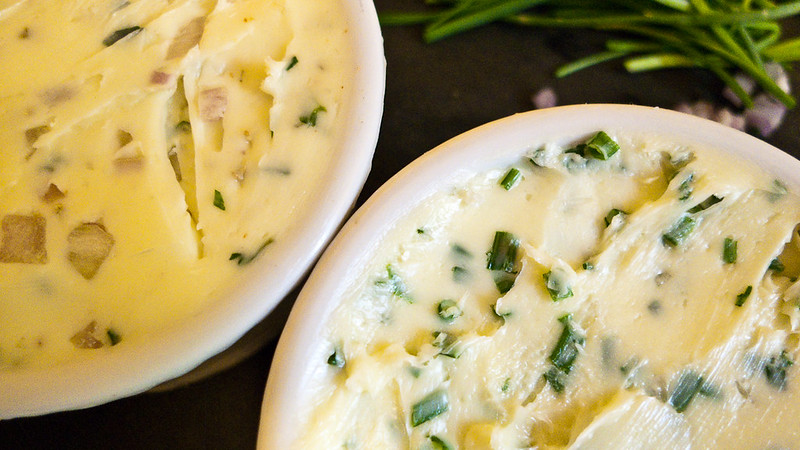 With such a complex palate, you’re probably wondering what tarragon is used for. While this herb boasts of medicinal purposes, it also has myriads of uses in the kitchen. To start, tarragon is a popular ingredient in French cuisine. That being so, it’s deemed as the “King of the Herbs” in France.

A few sprigs of tarragon brightens up a variety of dishes. It’s an essential component in bearnaise sauce, a condiment that’ll dress up steaks with elegance. Tarragon leaves also add herbaceous flavors to veal, lamb, and chicken dishes. This herb also finds its way to vinaigrettes, homemade mayonnaise, and salad dressings, especially when combined with lemon or vinegar.

Before working magic in a delish veal recipe with tarragon herb, discover first What Is Veal and Is It Good for You?

Furthermore, tarragon is available in two forms: the fresh and the dried ones. Touching on the dried tarragon vs fresh query, the two have differences, especially in terms of taste. As it’s concentrated, the dried version has a more potent flavor. As such, a bit of it goes a long way. So, if you substitute dried tarragon for fresh, note that one teaspoon of the dried herb will suffice for one tablespoon of fresh tarragon. 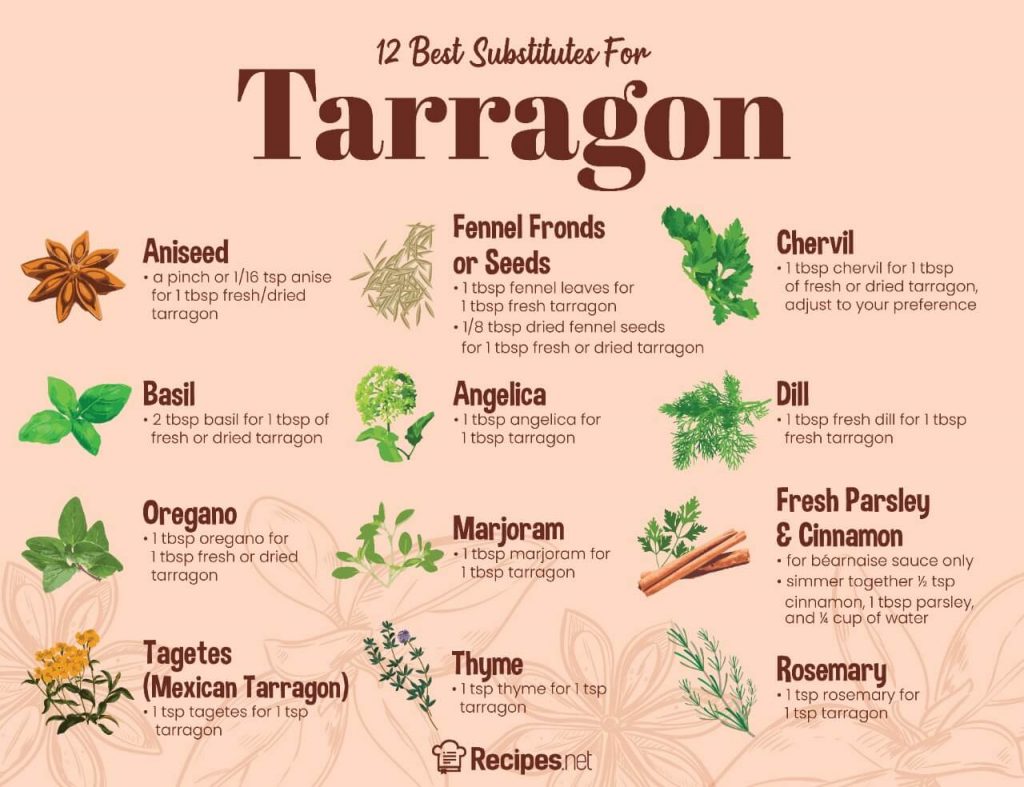 Now that you are familiar with tarragon, let’s move on to the few tarragon substitutes that you can use should you run out of stock. Although this particular herb has a complex taste, bordering on bitter even, there are herbs similar to tarragon in terms of flavor. Though you might not achieve the exact flavor that this flavorful herb offers, these replacements for tarragon will get the job done in a pinch. 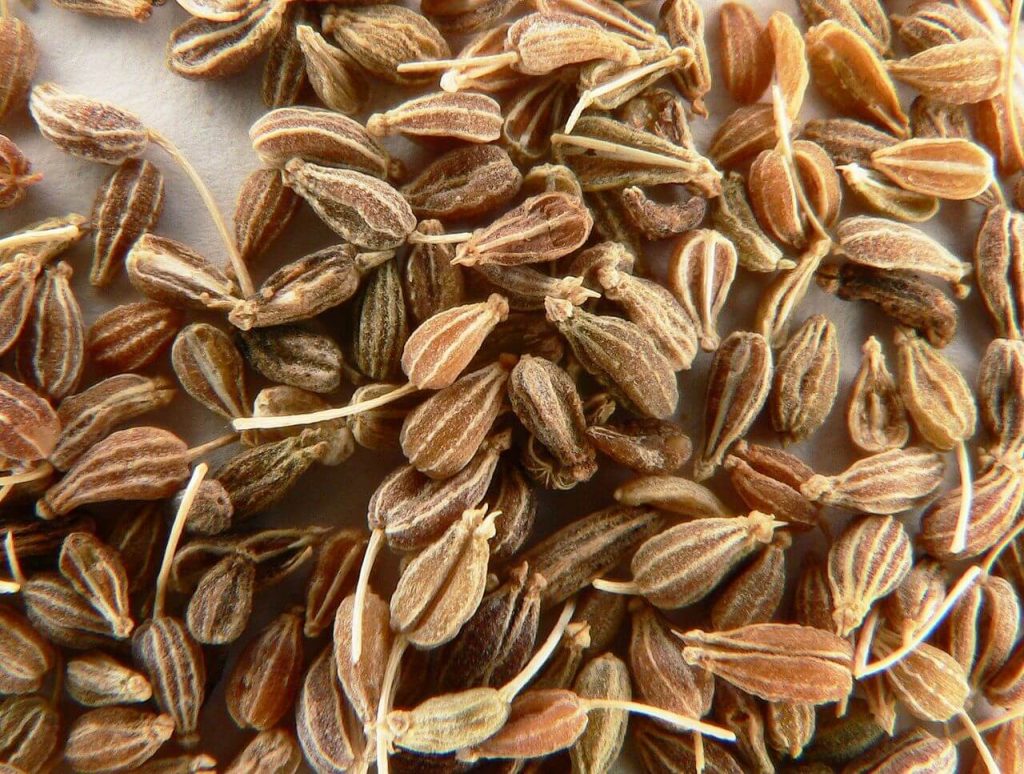 If you happen to have a handful of aniseed in your kitchen drawer, then consider your current cooking woe solved! Similar to tarragon, an organic compound that gives off a licorice taste is also present in anise seed. A hybrid between fennel and tarragon, anise has a bold licorice taste with hints of sweetness and pungency.

If you go for this substitute, you can start by adding just a pinch or one-sixteenth of a teaspoon for every one tablespoon of fresh tarragon. Incorporate the same amount of anise seed for every one teaspoon of dried tarragon. Anise will make for an excellent tarragon substitute in dishes that require a strong licorice taste such as broths, stews, and sauces like in this tarragon dip recipe. 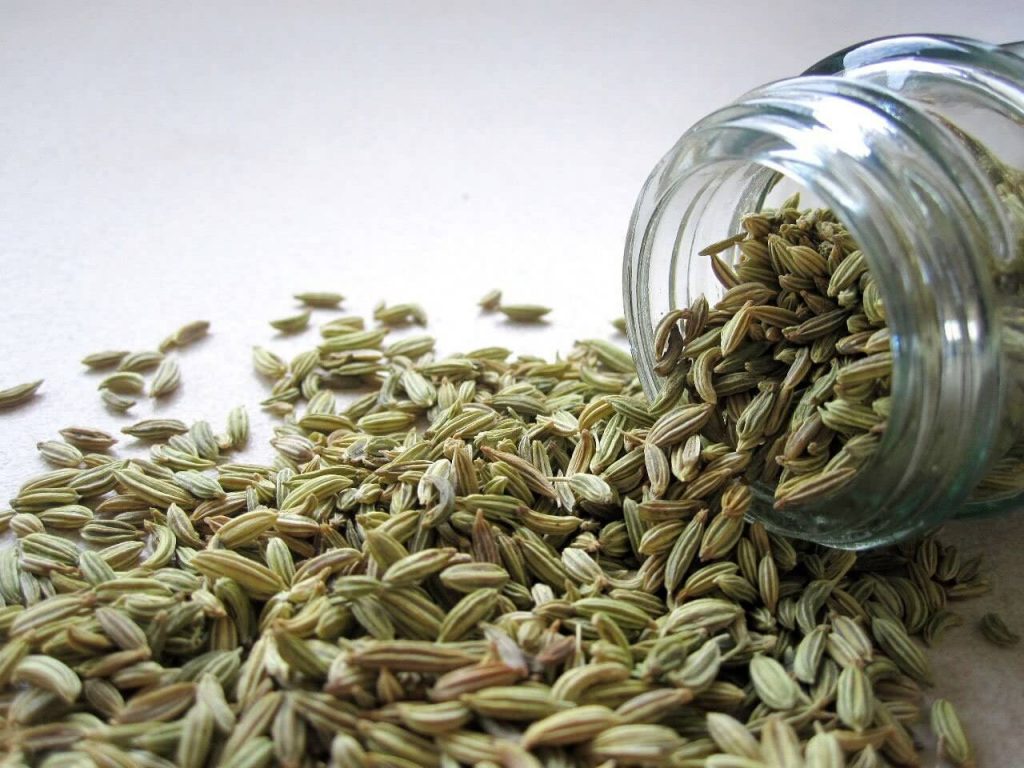 Though fennel belongs to the celery family, this leafy green, similar to tarragon, has a licorice taste. As such, fennel seeds and fronds (leaves) make for a great replacement for tarragon. However, the flavor of fennel, the seed part specifically, is much stronger than tarragon. Feel free to mix and match fennel fronds and seeds to give your dish that licorice flavor.

Dried fennel seeds are used to make a sweet-tasting and healthy tea drink. Learn more about Fennel Tea: 20 Amazing Benefits And How To Make It. 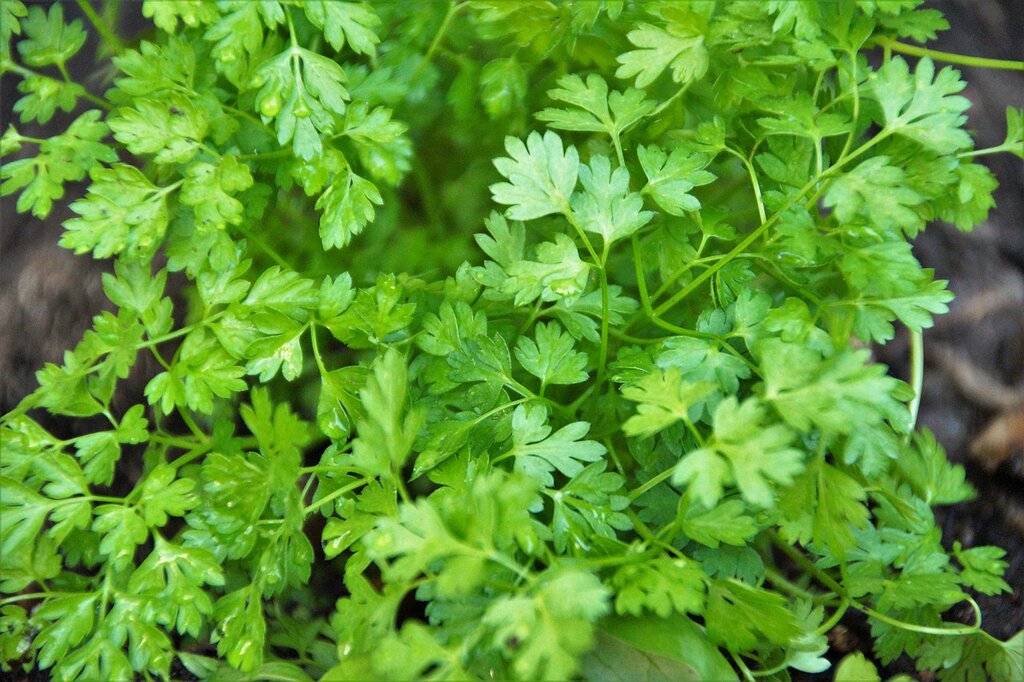 The taste and aroma of chervil are almost identical to that of tarragon, making it one of the best substitute options for tarragon in cooking. While it has licorice and anise-like palate, it’s also somewhat a cross between tarragon, chives, and parsley. As such, chervil, though its licorice flavor isn’t as striking as compared to tarragon, can also be a great tarragon substitute in recipes.

When using chervil as a tarragon replacement, simply add in one tablespoon of this herb for every tablespoon of either dried or fresh tarragon. As it has a milder flavor, you might have to add a bit more or adjust to your liking. Use this replacement option for eggs, salads, vinaigrettes, poultry. 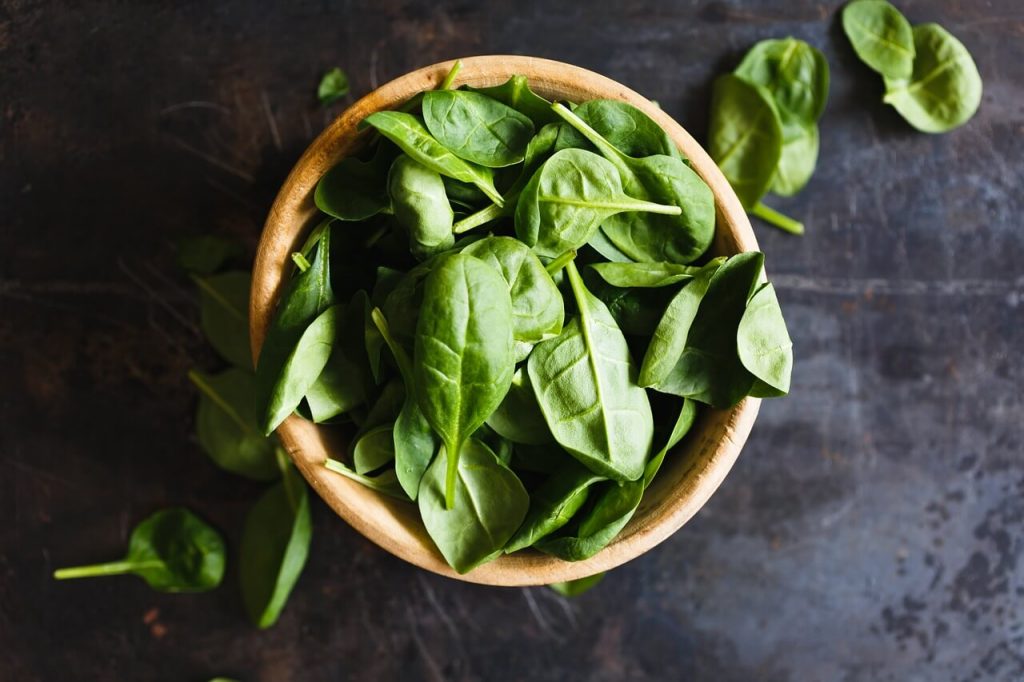 Perhaps the most accessible substitute for tarragon is basil. Pungent with a mild anise flavor, the flavor profile of basil comes close to that of tarragon. Although basil won’t be able to give a licorice-like punch to your dish, it’s a great alternative nevertheless.

Fresh basil makes for an excellent replacement for fresh tarragon. However, as it has a milder flavor, you need to incorporate a greater amount of fresh basil into your dish. Say, for every one tablespoon of fresh tarragon, make use of two tablespoons of fresh basil. This tarragon substitution ratio is also applicable for dried tarragon. Basil works well as a substitute in soups, cream sauces, and pasta dishes that call for tarragon. Try using it in this tarragon pesto recipe. 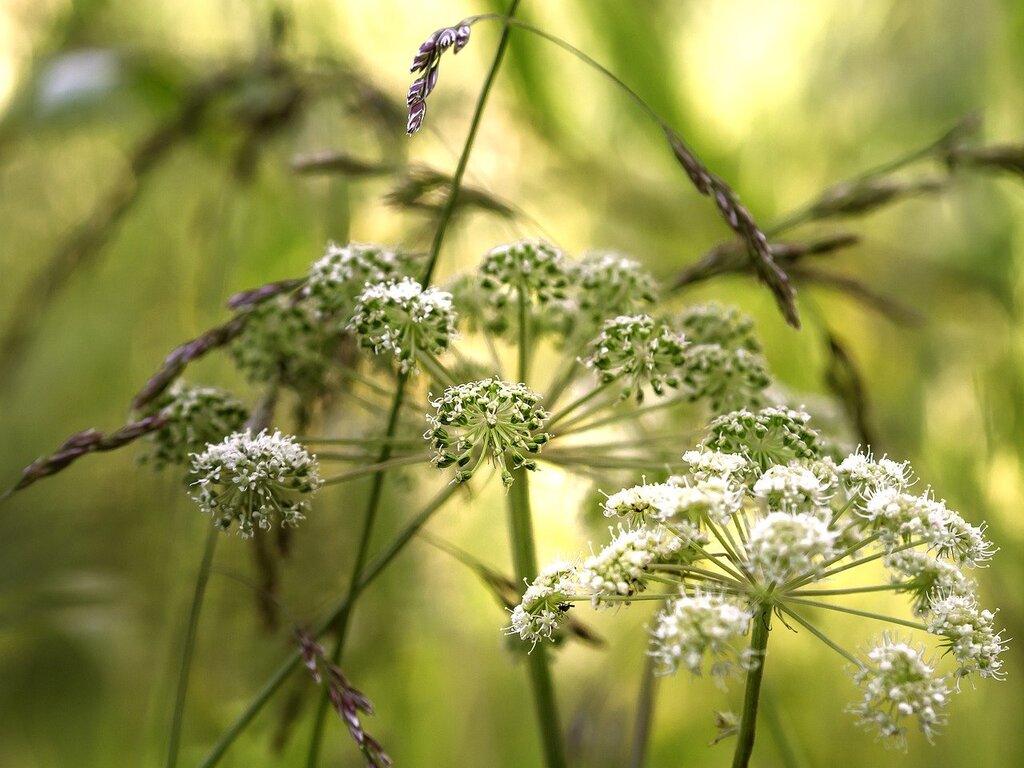 While angelica has the same flavor profile as dill and fennel, it lies on the sweeter scale with hints of celery and licorice. As such, it’s a great alternative for tarragon in case you’ve run out of stock. However, it’s not as accessible as the other tarragon replacements.

If you want the angelica to give off the licorice palate that tarragon can give to dishes, use the leaf or stalks. They’re considered as herbs whereas the root, spice. For this substitution, just add one tablespoon of angelica for every one tablespoon of tarragon. Angelica works well in soups, stews, salads, and even in seafood. Try using this substitute in this delicious scallops recipe. 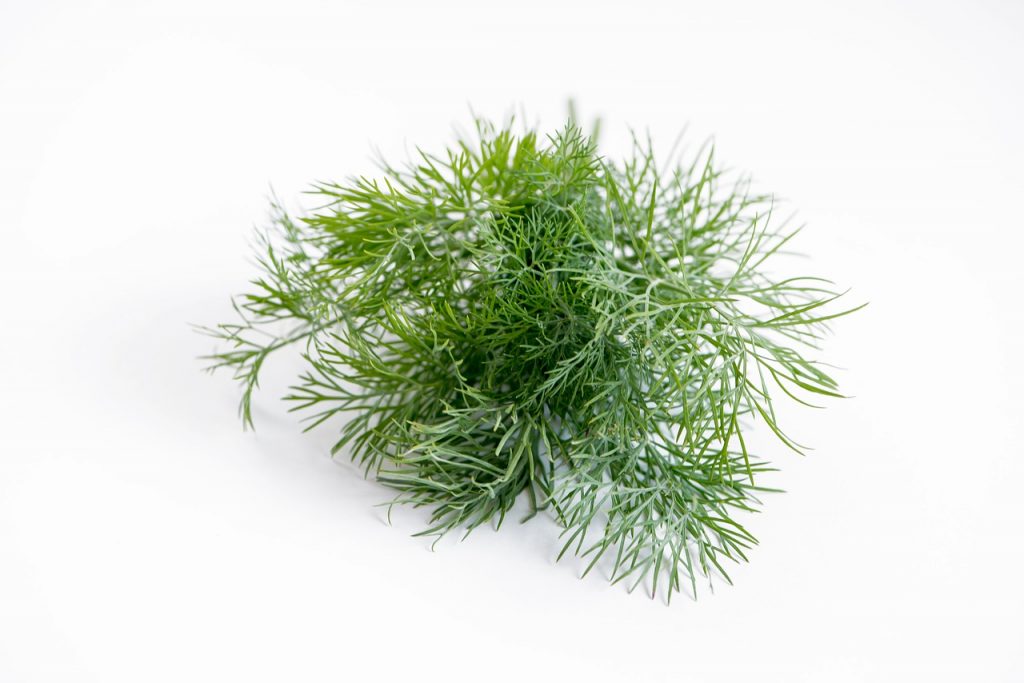 Dill is characterized by its anise citrus palate, bordering on bitter but with underlying sweet notes. While it lacks the licorice-like taste, it’ll be a great replacement for tarragon just the same. 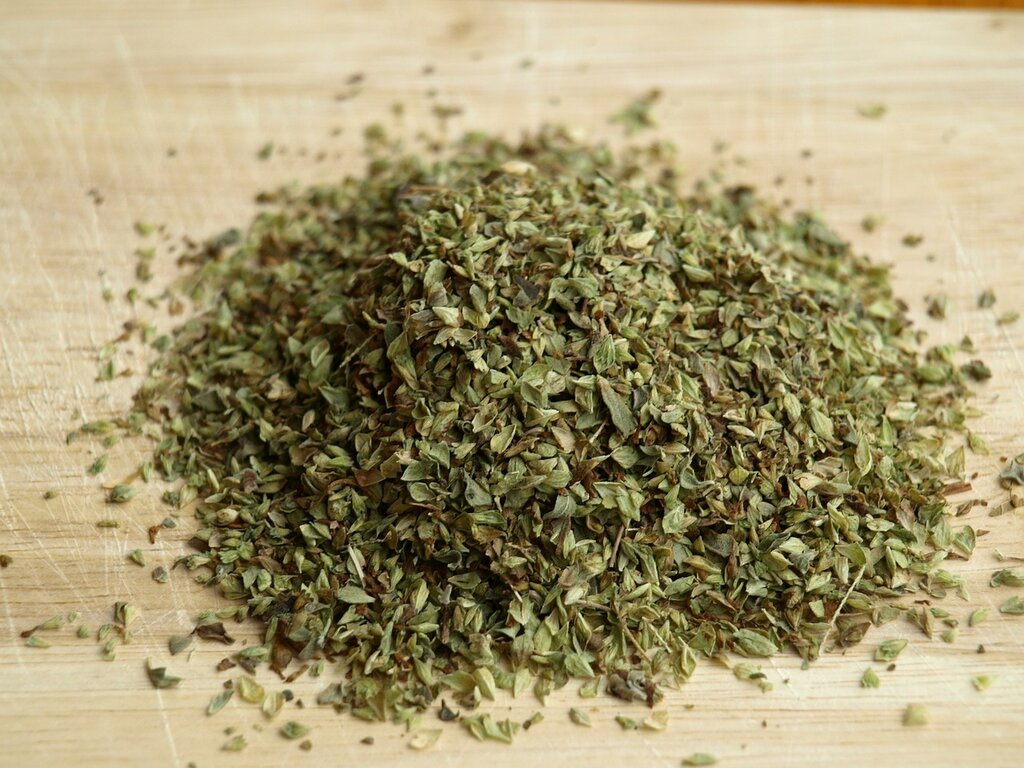 Truly a versatile culinary herb, oregano can be used to flavor your dishes in case you’re out of tarragon. Oregano has a sharp, peppery flavor profile and it’s more bitter than tarragon. Still, this herb is a good substitute for tarragon.

If you will be using oregano as a fresh or dried tarragon substitute, remember that one tablespoon of this pungent herb is equal to one tablespoon of tarragon. Meaning, simply incorporate the exact amount of tarragon required in heartier dishes. It’ll work well in casseroles, stews, and any tomato-based recipes that call for tarragon such as in this tomato tarragon bisque recipe.

If you need the Mexican variant of oregano but you’re out of stock, here are 4 Mexican Oregano Substitutes You Didn’t Know About. 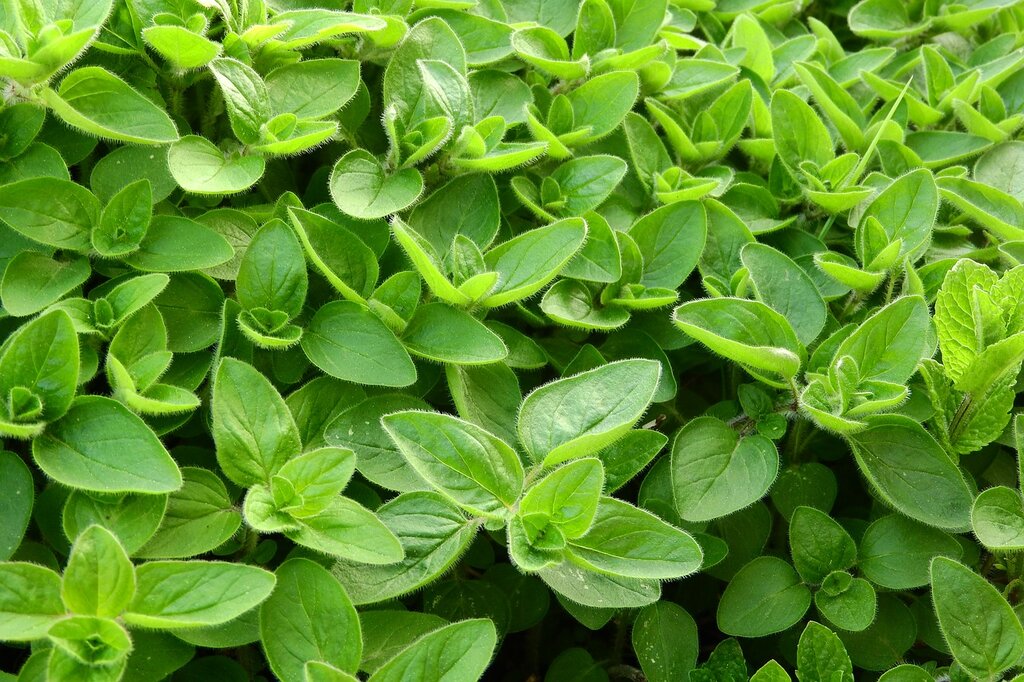 Marjoram, as it belongs to the oregano family, doesn’t have the licorice-like punch and flavor that is present in tarragon. It’s associated more with an earthy and woodsy flavor with citrus notes. Nevertheless, on some occasions, you can still use this as a tarragon replacement.

If you substitute marjoram for tarragon herb, incorporate the exact amount required in a recipe. For instance, if the recipe needs one tablespoon of tarragon, add one tablespoon of marjoram to the dish. Note that this particular substitution idea will work best in poultry and vegetable dishes, even in salad dressings and tomato-based sauces. 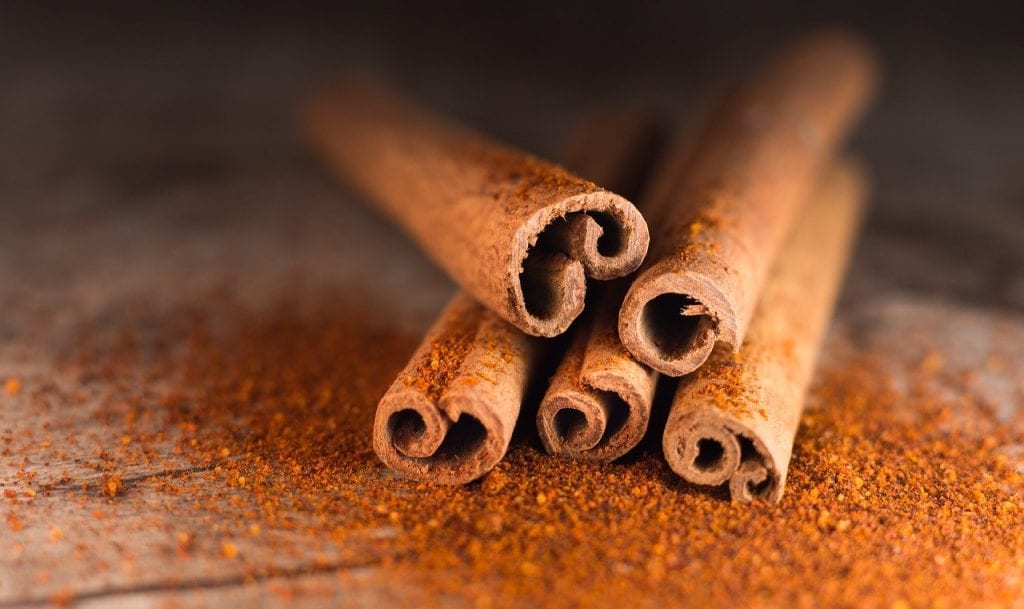 A dollop of fresh parsley can already fill in for tarragon in some recipes. Try blending it with cinnamon, and you’ve got yourself a good tarragon substitute! When combined, parsley and cinnamon produce bitter and sweet notes that are akin to tarragon.

However, this tarragon substitution idea is only applicable if you’re whipping up a béarnaise sauce. To use this as an alternative, simmer together ½ teaspoon of cinnamon, one tablespoon parsley, and ¼ cup of water in your best saucepan.

Parsley is often confused with cilantro. To avoid picking up cilantro instead of parsley for this substitution idea here’s Parsley vs Cilantro: 4 Main Differences You Should Know.

As we’ve mentioned earlier, the taste of Mexican tarragon is similar to the French variety. It’s also used for medicinal purposes in the form of brewed tea. Moreover, this particular tarragon variety commonly grows in southern parts of the US. If using Mexican tarragon, add in one teaspoon for every one teaspoon of tarragon required in a dish, say in this dijon-tarragon cream chicken recipe. 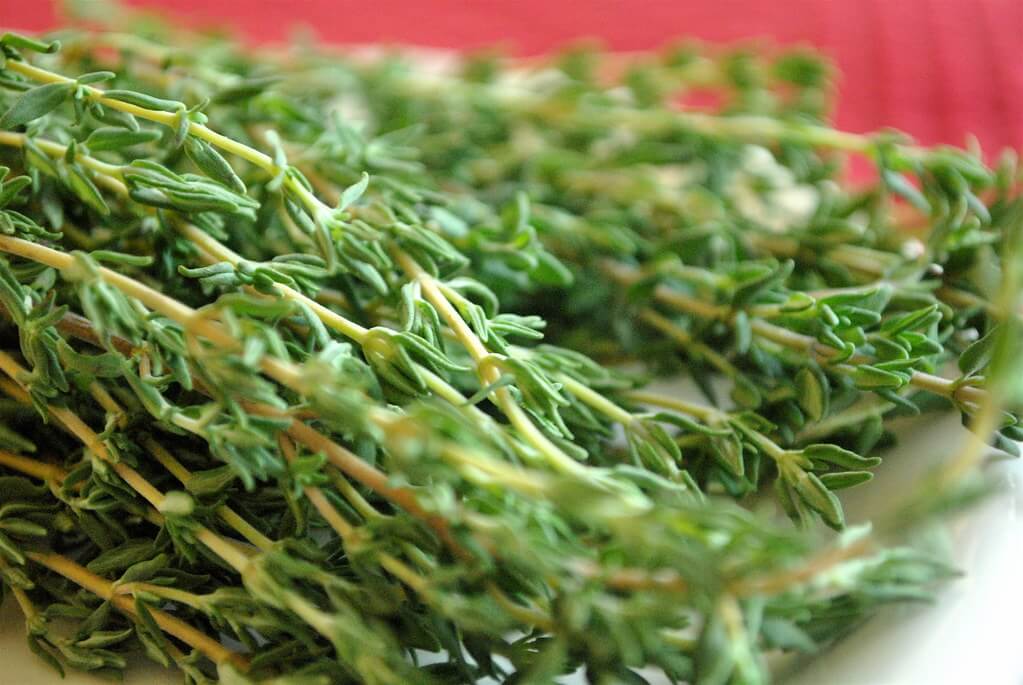 Thyme is in the same family as oregano and basil. While it has a sharp and minty flavor with bittersweet notes, still, thyme can be a good tarragon replacement and vice versa. This substitute will work well especially in bread recipes. Incorporate thyme with the exact amount of tarragon in your recipe. 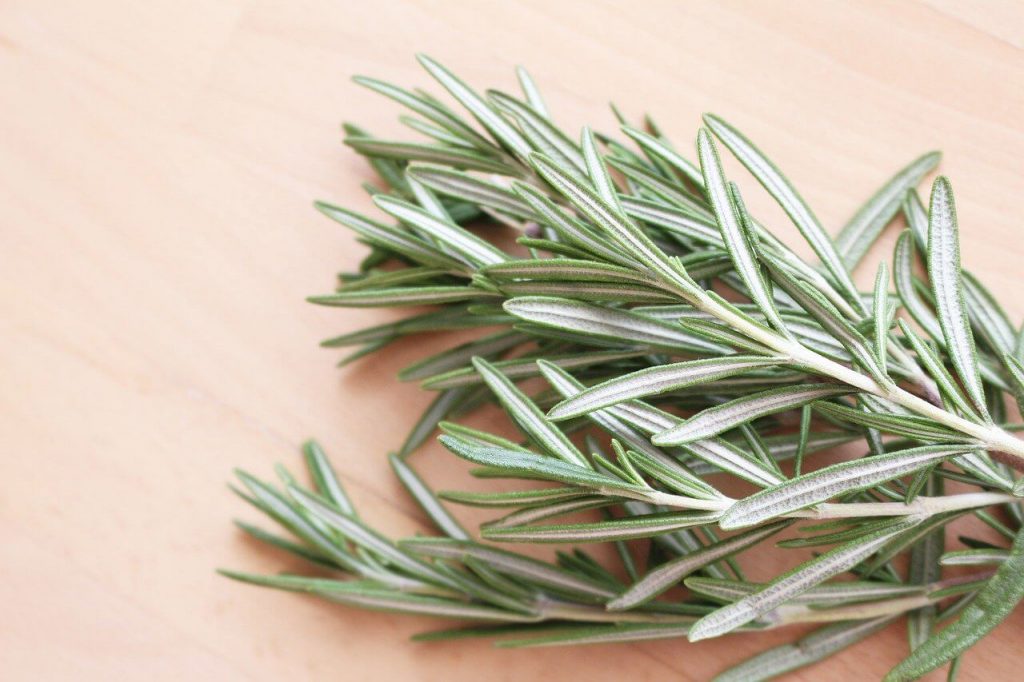 A part of the Lamiaceae family, along with marjoram, rosemary can also be used in place of tarragon. Although, you ought to know that rosemary cannot give your food a pronounced licorice taste. However, there are cases wherein these two herbs are interchangeable, especially their dried forms. When using rosemary for tarragon or vice versa, remember the 1:1 ratio. This tarragon substitution will work well on both soups and stews.

Save Your Dishes With These Tarragon Substitute Options

By now, you probably have an idea of what you can use as a tarragon substitute whenever you run out of this aromatic herb. Because you have plenty of options, you don’t have to go rushing back to the grocery store! Keep our substitution ratio recommendations in mind and your dishes will turn out just as delicious!

READ NEXT: Porcini Mushrooms: What Are They and How to Use Them in Cooking 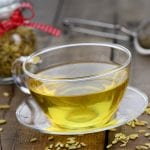 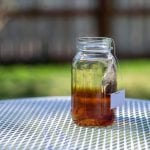 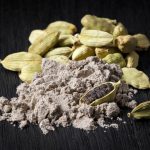 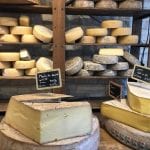 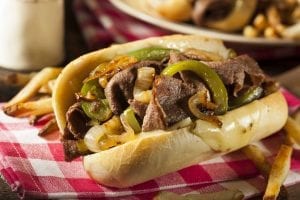 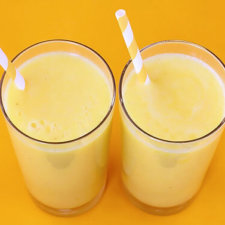