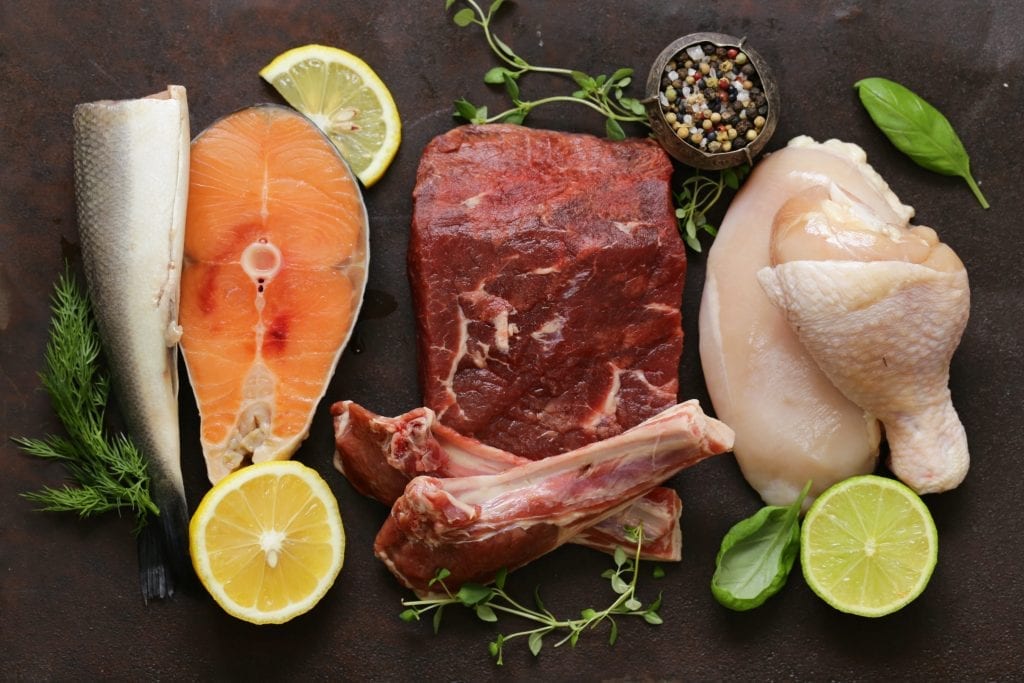 One of the hottest debates in food is whether fish counts as a meat or not. Like pineapples on pizza and ketchup on hotdogs, the classification of fish as meat has long been under question.

What’s up with that? At its core, meat just refers fto animal flesh eaten as food. This textbook definition usually leads to the word “meat” being used as an umbrella term that includes fish. However, some argue that birds and fish shouldn’t be counted as meat.

As Oprah once put it, “So, what is the truth?” You’ve probably never thought about fish dishes and meat dishes beyond your plate, but this mystery is definitely something to chew on. Before the question keeps you up at night, let’s do a taste test on the human palate’s relationship with fish from different points of view.

Science defines meat by its primary components of water, protein, and fat. It’s usually edible raw, but only normally eaten after cooking, seasoning, and processing.

On a structural level, meat refers to skeletal muscle, fat, tissues, and innards. By these definitions, there’s no question that fish is indeed a meat.

However, some experts use the term meat to exclusively describe the flesh of mammals. Aside from their completely different habitat, fish are also the only cold-blooded animals of the edible bunch. Because some define meat exclusively as warm-blooded flesh, fish tend to be separated from other meats.

Nutrition and Health Benefits of Fish 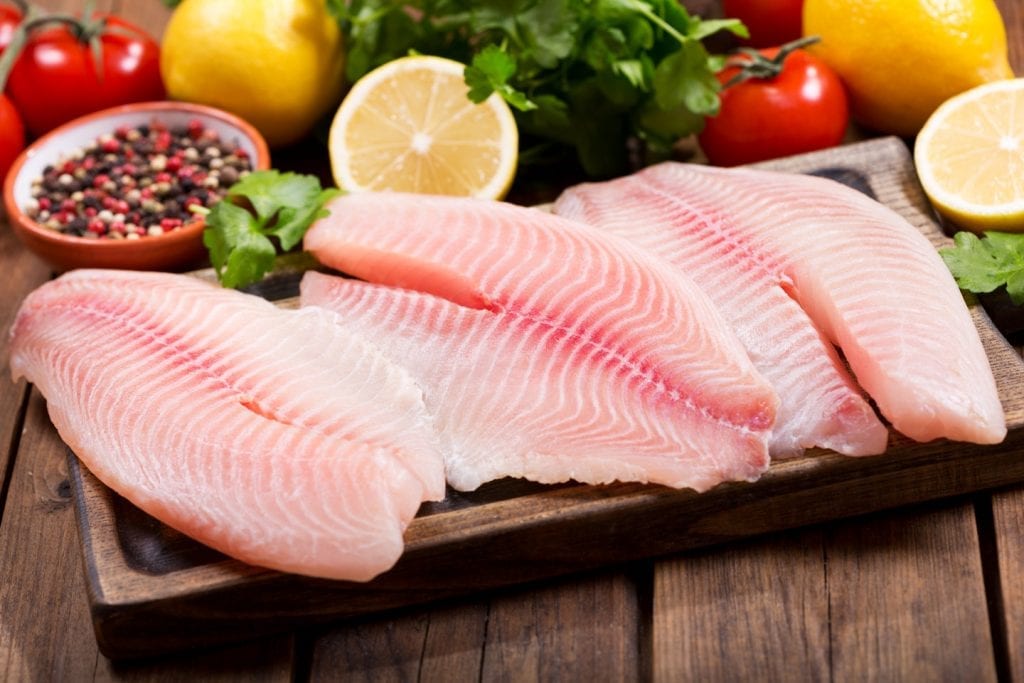 In terms of health benefits, fish is often said to be a better alternative to red meat. Generally, red meat such as beef, pork, and lamb have more saturated fat than chicken, fish, and plant-based proteins. Saturated and trans fats raise blood cholesterol, increasing the risk of heart disease.

Meanwhile, fish meat tends to be loaded with healthy unsaturated fats. These fatty fish such as tuna and salmon have Omega-3 fatty acids that can help prevent heart ailments and other complications.

While both fish and red meat are rich sources of protein and B-vitamins, you’d be less likely to clog your arteries when you choose to indulge in fish.

Another factor that separates meat from fish is a matter of semantics with a subliminal effect. The English language has special terms that distinguish animals from their meat. For example, we know that venison comes from deer, while beef comes from cattle.

Some animals even have more than one term for different versions of their meat. The sheep specifically has two types of meat: lamb and mutton. Lamb refers to the meat that comes from younger sheep, usually less than 1 year old. Meanwhile, mutton comes from sheep over 1 year old.

Similarly, veal refers to meat from young cattle. Fish, however, is simply called “fish” or “seafood.” This lack of a designated term for fish meat may be another reason why some are reluctant to consider fish as meat. 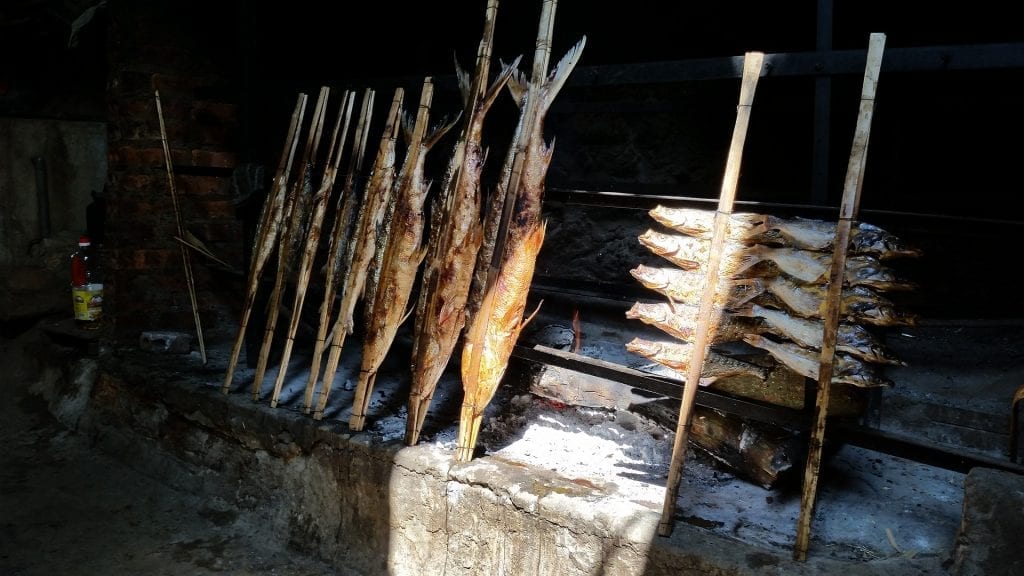 The ancient humans never had a problem with classifying their food, nor did they ever get bothered by other more complex thoughts. Prehistoric man simply needed to hunt to survive till the next day. Although we’ve come a long way, the earliest record of humans eating fish dates back to 1.95 million years ago.

With stone tools and fossils recovered from an old riverbank in Kenya, scientists discovered man’s first seafood menu. You probably won’t find it at your local restaurant soon, though. Surprisingly (or not), humans’ first choice seafood was catfish, turtle, and crocodile feet.

Since then, global fish consumption has been steadily increasing each year. With the trend in food preferences shifting more towards fish, it begs the question: does society recognize fish as a “better” meat, or something else entirely?

Pescetarianism and The Fish Diet 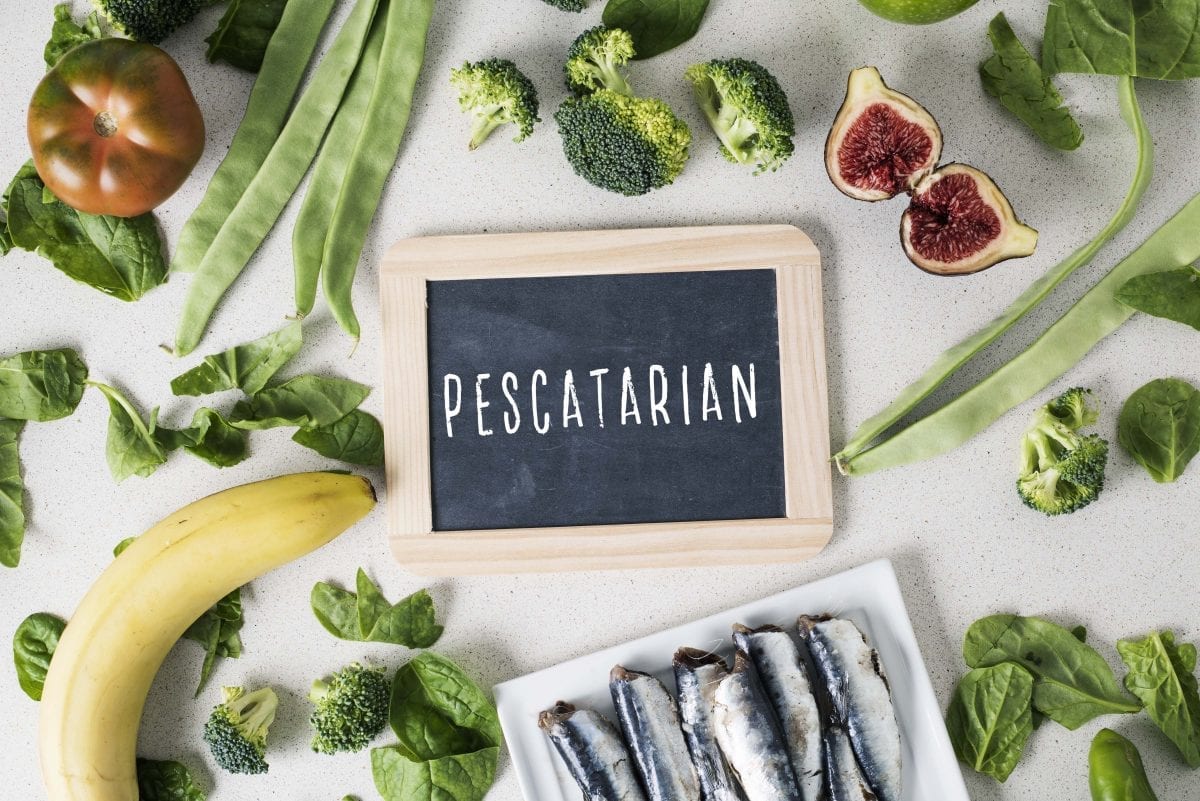 With fast food joints still at large, people often pay little mind to the saying, “You are what you eat.” However, this isn’t the case for those who follow special diets like veganism or vegetarianism.

For people who follow these lifestyles, food isn’t just a matter of health, but also involves morals and ethics. You may have vague ideas about what it means to be vegan or vegetarian, but it’s actually quite simple. Vegans avoid all animal byproducts – not just in food – while vegetarians avoid eating the flesh of animals.

That said, vegetarian dishes would never include animals, and fish is no exception. The vegetarian perspective considers fish as meat, along with all other flesh from dead animals. A little while after veganism, the pescetarian diet showed up in 1993. As it stands, pescetarianism comes from the Italian word pesce, which translates to fish. Generally speaking, the pescetarian viewpoint describes all seafood as a meat source.

Pescetarians believe that fish and other seafood have less complex nervous systems, which makes it ethical to kill them for eating. With their little brainpower, fish may not even feel the pain of being slaughtered – which is why pescetarians choose seafood instead of other livestock.

With all this considered, why shouldn’t seafood count as meat? If the definition of meat simply means any live animal prepared for eating, why exclude fish? Studies have already proven that fish feel pain, which is why more evidence points out that they aren’t too different from other animals.

Like many things in the world, the line between fish and meat varies once religion or culture is brought to the table.

Many religious teachings around the world separate meat and fish into different categories.

The most obvious distinction comes from the Muslim faith, which imposes strict guidelines on halal food.  Muslim standards dictate that meat must be handled and prepared in a certain way to be halal. However, for fish, as long as they have scales, they are considered halal. As a result, followers of Islam avoid crustaceans, clams, or other exotic scaleless seafood.

Similarly, Judaism’s kashrut prohibits eating meat and fish together. The Jewish stress that fish must have both scales and fins. Not only does this rule separate fish from meat, but also distinguishes against shellfish.

Of all religions, Christianity has more casual rules on meat and fish, only limiting consumption for Lent rather than a lifetime ban. However, it’s important to note that older texts of the Bible prohibited eating of scaleless or finless fish as well as non-hooved animals. Then there is the Catholic practice of eating only fish during Lent, which stems from the luxury associated with pork and beef. According to the Catholics, indulging in these meats during Lent disrespects the religious observance. 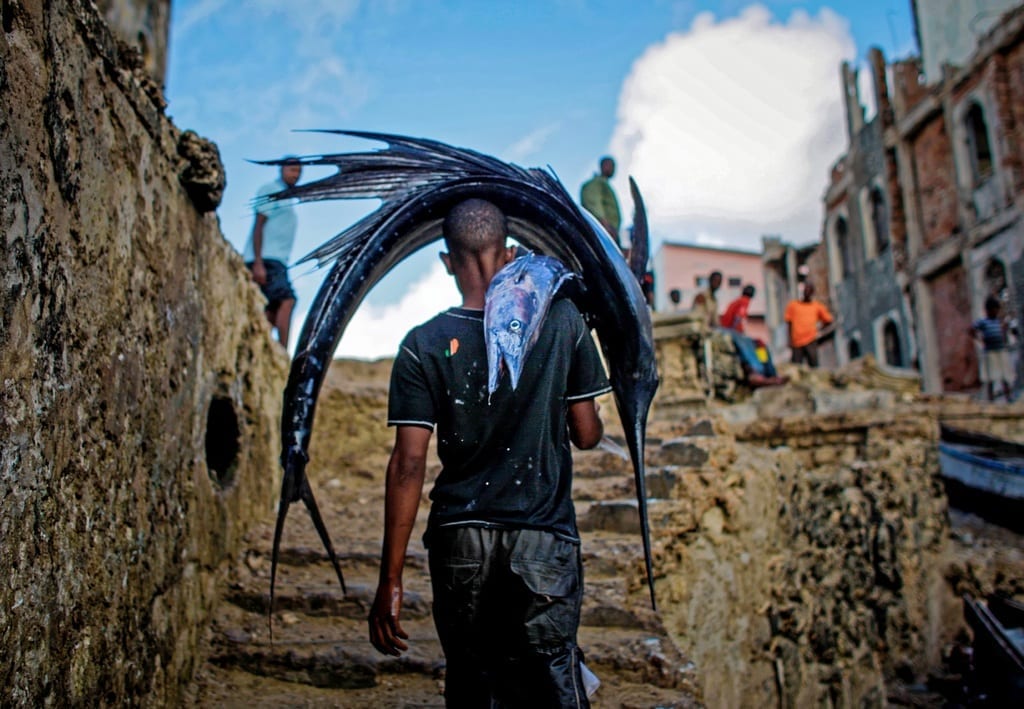 Through various time periods, meat has always been more accessible to the elite. In contrast, fish became somewhat of a worker’s resource. Considering fish and meat’s significance to different social classes, it only makes sense how some people would place fish and meat in different categories.

Although a lobster dish may cost you half your paycheck if you order it at a restaurant today, this wasn’t the case early on in history.

In the early centuries, beef, pork, and other exotic meat were seen as a luxury, served only to the aristocrats. Meanwhile, many seafood and fish recipes we enjoy today actually resulted from the lower classes’ efforts to make use of what little resources they had.

For one, New Orleanian gumbo is a seafood dish that uses catches that can’t be sold to wet markets for being too bony. Instead of throwing these fish out, locals of New Orleans would cook them into a classic stew with many additional flavors.

Similarly, the crowd-favorite Spanish paella also traces its roots from the working class. The first paella recipe served as farm workers’ traditional lunch. For this early paella, they would only use ingredients they could find around the farm. Aside from vole, farmers would catch eel to accompany their paella, eventually adding butter beans and other excess crops to taste.

Meanwhile, it’s always been a different story for meat. More often than not, a steak would be the most expensive thing you’d find on a menu. Premium meat selections like angus or wagyu wouldn’t be your typical grocery pick, either, usually only reserved for celebrations. 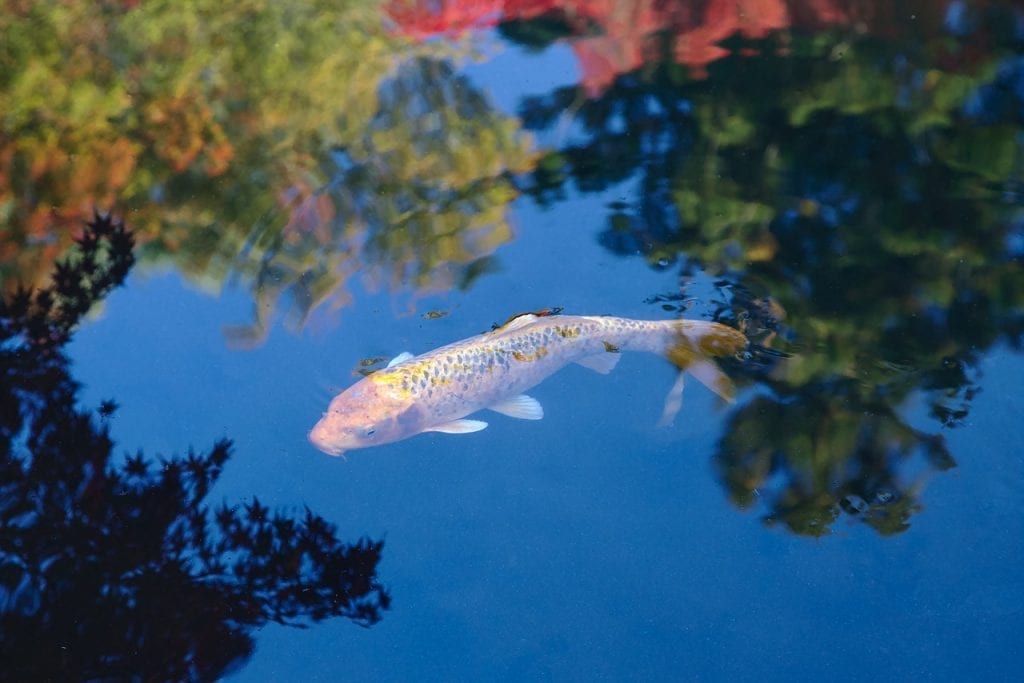 In 2018, the Food and Drug Administration (FDA) officially announced that we can safely eat meat and other products from cloned livestock. Although cloning has been subject to controversy, science has come a long way from the first cloned cattle in 1997.

As it stands, you could enjoy a cloned meat recipe just as much (and as safely) as your usual food. Currently, scientists around the world successfully reproduced most livestock species such as cattle, pigs, horses, and sheep.

On the flip side, only one species of fish has been cloned so far. Although Asian carp is technically edible, no records indicate that its cloned variety is safe to eat. It also makes you think: If science managed to clone a variety of other meat sources, how come there’s only one kind of cloned fish?

Does the lack of development in cloned fish mean that they simply don’t belong in the same group as meat?

So, Is Fish Considered Meat?

Of course, personal lifestyles also apply in the final verdict. If you ask a vegan or vegetarian, “Is fish meat?” they will likely consider it as such, being one of the foods they avoid. However, if you ask a pescetarian, things would get a little more complicated.

After all, most pescetarians see fish as their only meat source. Whether they avoid other meat out of health concerns or ethics, some pescetarians may also claim that fish isn’t meat at all.

Regardless of what you practice or believe, all food goes down your stomach the same way. However, it’s always nice to know the different things that influence the great fish-meat debacle. If you’ve reached this point, we hope you’d make up your mind and settle the million-dollar question once and for all – if not for the world, then at least for yourself.