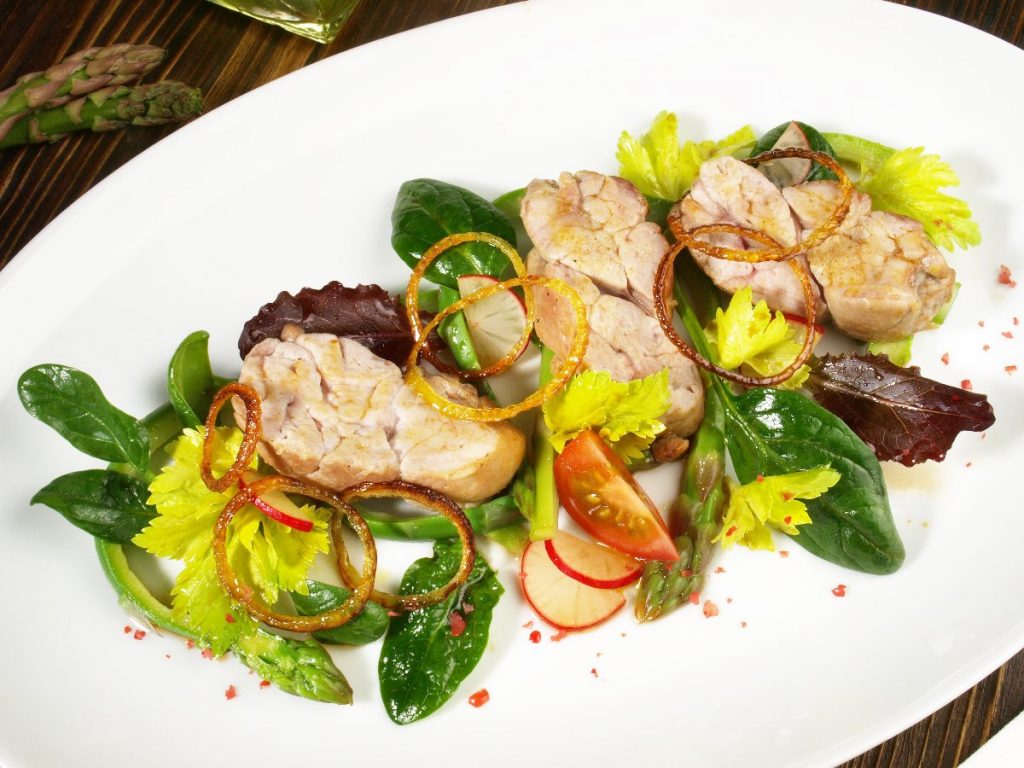 Sweetbreads: What Are They and How to Cook Them
Table Of Contents
'

Sweetbreads are a kind of offal meat or edible internal organs that come from young animals like calves and lambs. It may not be as well-known as liver, but that doesn’t make it any less wonderful! Also, its mild flavor makes it the perfect introductory dish to this special food group. Have it as a standalone dish, or enjoy it incorporated in sausages, pâtés, and other processed meat like terrine.

If you’re interested, keep on reading to find out more about this type of fancy meat. We’ll be discussing all the essentials below: from what sweetbreads actually are, where they come from, to various ways of preparing them. 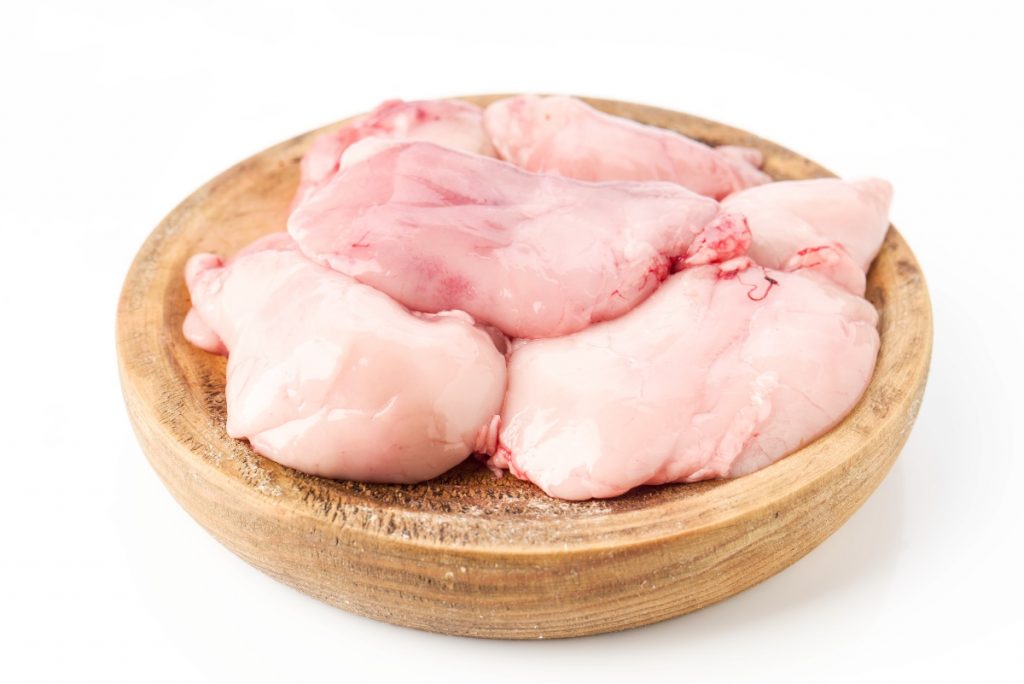 By now, you already know that sweetbreads are a type of offal. But you still might be wondering what are they exactly, and what are they made from? Sometimes misspelled as sweet bread, the name is actually an umbrella term that pertains to the thymus gland harvested from the throat of young cattle or sheep. This part is also known as the throat sweetbread, which changes as the animal ages. It’s different from the thalamus gland which is located in the brain.  However, it can also pertain to an organ found near the heart of the animal. By association, that is referred to as the heart sweetbread. Sometimes, the pancreas of older animals like cows and pigs may also be considered as stomach sweetbread.

READ ALSO: What Is Tripe and the Different Ways To Cook And Eat It

So, if it’s taken from different parts of an animal, what’s up with the name? Why are sweetbreads called sweetbreads? Its exact origin is actually debated, but its first usage can be traced back to as early as the 16th century. It may either come from the old English term bræd which means flesh, or brede which refers to “roasted meat.” Meanwhile, it may have been called “sweet” because of its distinctly rich taste.  You can often buy them online or in butcher shops. Also, if you encounter mollejas de res, it actually means sweetbreads in Spanish.

Lastly, an important thing to note is that you shouldn’t confuse sweetbreads with sweetmeats (sometimes misspelled as sweet meats). That’s because the latter is an archaic term that actually means confectionery treats.

READ ALSO: 28 Easy Dessert Recipes You can Bake Without Visiting A Bakery

Sweetbread meat has a mild and supple flavor that is more beginner-friendly than liver and other edible internal organs. In terms of mouthfeel, it’s incredibly soft, creamy, and juicy. Although they are found nowhere near the brain, the texture that these two offals offer is somewhat similar.

Out of the three types of sweetbread, the thymus generally has a better texture and flavor. Meanwhile, heart sweetbreads are less fatty. It also has a better shape since it’s rounded and can be cut into medallions.

READ ALSO: What are Chicken Gizzards and How To Prepare Them

This offal is actually packed various with nutrients. For one, sweetbreads contain a good amount of protein which is essential in our day-to-day consumption. It also has vitamin C which supports our immune system and vitamin B that improves our overall well-being.

However, you should also know that this offal is best eaten in moderation. Caution still has to be observed when consuming sweetbread since it also contains a substantial amount of fat and purines which may be harmful to those who suffer from a type of arthritis called gout. 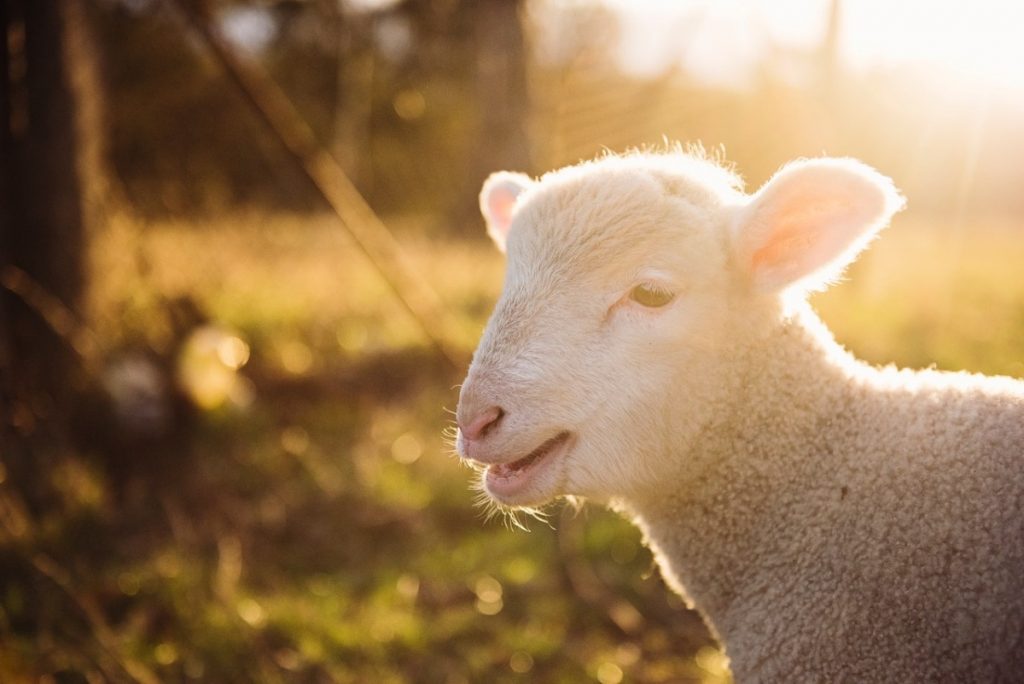 Sweetbreads can be sourced from different animals. Here are the most common types:

Lamb sweetbreads, or ris d’agneau, can either be the thymus gland or pancreas of young sheep. It’s among the most popular sources of this type of offal, and it’s beloved by most due to its mild flavor and creamy texture.

Veal sweetbreads, or ris de veau, are also a popular option. But what is veal? It is the meat of a calf that is prized for its distinctly mild taste and soft texture. So, a veal sweetbread can either be the young animal’s thymus gland, heart sweetbread, or pancreas. Similar to lamb, it also has a supple taste and mouthfeel. If you’re planning to opt for this, grass-fed varieties are the best.

Unlike veal, beef is the meat of a mature cow. The thymus gland tends to change as this animal grows older, so you can expect that beef sweetbreads won’t offer the same flavor and texture that you would get from calves. By comparison, this beef offal won’t be as tender and supple.

While it may not be as popular, pigs can also be a source of sweetbreads. However, it’s important to note that pig offal is generally chewier and fattier. This may not be best if you want to experience the famed texture sweetbread has to offer.

How To Cook Sweetbreads 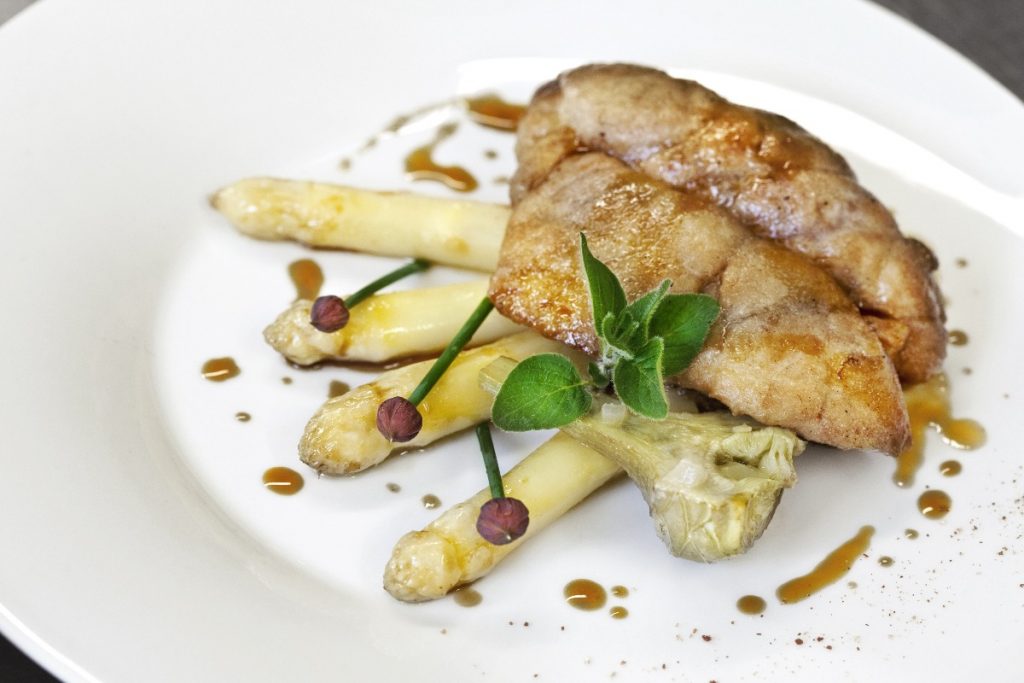 Before figuring out how to cook sweetbreads, you have to first prepare the offal.

The traditional way of doing this is by soaking the raw pieces first in cold water or milk for at least three hours. This step is done to remove the impurities, so it’s also best to change the water at least once or twice.

After this, simmer the organs in boiling water until only partially cooked. Then, blanch them by tossing them in an ice bath or ice water. Lastly, peel off the membrane and you’re good to go!

You can do lots of things with this special type of offal. A lamb, pork, beef, or veal sweetbread recipe can range anywhere from frying, roasting, braising, or boiling. To flavor, you can make do with a standard salt and ground black pepper blend to season the sweetbreads. However, don’t let this stop you from experimenting with other flavors.

While this offal tastes delicious on its own, a cream sauce on the side is sure to give a serving of fried sweetbreads an extra oomph. Vegetables like celery leaves and asparagus would also work well alongside it. And last but not the least is a spritz of mouth-puckering lemon juice or capers to tie your dish together. It’s also popular to have sweetbreads in stews, processed meat dishes, and spreads like pâté for your charcuterie board.

Sweetbreads Are Offals And Are Very Easy to Prepare

Now you know that this soft and mild-tasting offal can be taken from different sources, and that of veal and lamb are the most common. They may vary in terms of texture and flavor, but they’re all very easy to prepare! Enjoy them however you want because you’ll have lots of recipes to choose from when cooking with sweetbreads.

Read Next: How Many Cups in a Quart, a Pint, and a Gallon?