Air Fryer vs Convection Oven: How Are They Different? 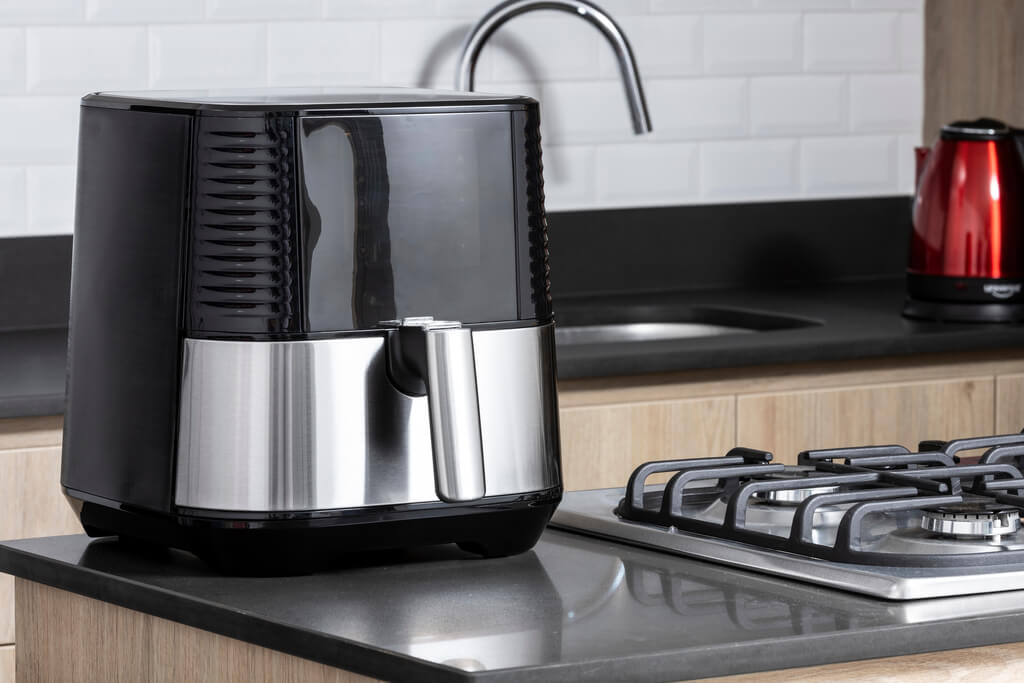 Air Fryer vs Convection Oven: How Are They Different?
Table Of Contents
'

Thinking about upgrading your old oven to a Chefman air fryer? Or perhaps you already have one and you’re wondering if it is worth converting to a convection oven instead? Whether you’re investing in an air fryer or thinking about keeping the oven that you already have, it’s easy to confuse between these two kitchen appliances.

Don’t worry! In this article, we will discuss the debacle between air fryer vs convection oven once and for all: how are they different, their similarities, and finally, which one is better.

What Is an Air Fryer? 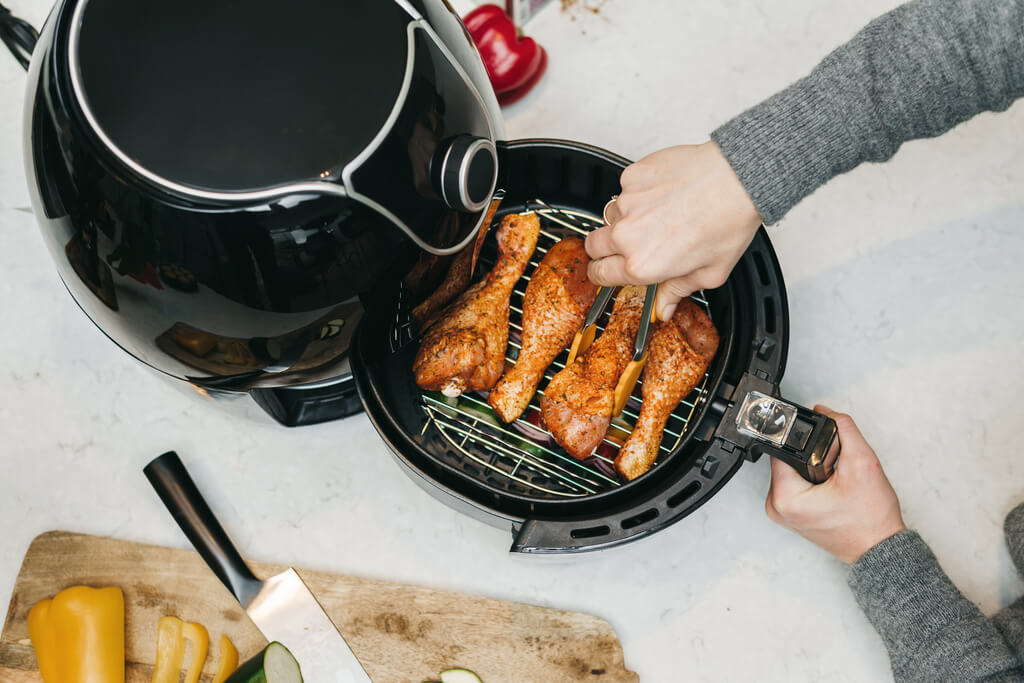 An air fryer is a small and compact kitchen appliance that’s often being touted as a healthier way to cook food. Despite its name, an air fryer doesn’t actually fry your food. Rather, it is designed to mimic deep frying with little to no cooking oil by using “convection heating“. Air fryers use circulating hot air to heat the surface of your dish until it crisps. Thus, the name “air fry” stuck. Still, it doesn’t take away the fact that air fryers are actually just smaller versions of countertop convection ovens.

Priced for its versatility, this kitchen appliance is used to roast chicken and steak, reheat pizza, bake cookies and brownies, and air-fry meals faster than some ovens. While it is risky to bake a cake in it because air fryers heat up in seconds, you can still employ its help with little adjustments like temperature and how long you’re going to bake it. Good thing that most air fryers have their own manual and instructions.

Air fryers have been in the market since 2010 but why did they only become popular now? Well, as more and more people aim for a clean and minimalist design, the more they lean toward appliances that are small and compact. An air fryer fulfills all of these. It’s known for its compact design and versatile uses that you can use for almost any dish you can think of.  These are exactly the features any space saver would use and love.

For health-conscious cooks, air fryers trump any other ‘frying appliances’ as it doesn’t need that much oil when frying. Currently, there are four types of air fryers: cylindrical, basket-type, paddle-type, and oven air fryer. They vary in size and design and are generally much smaller than ovens.

What Is a Convection Oven? 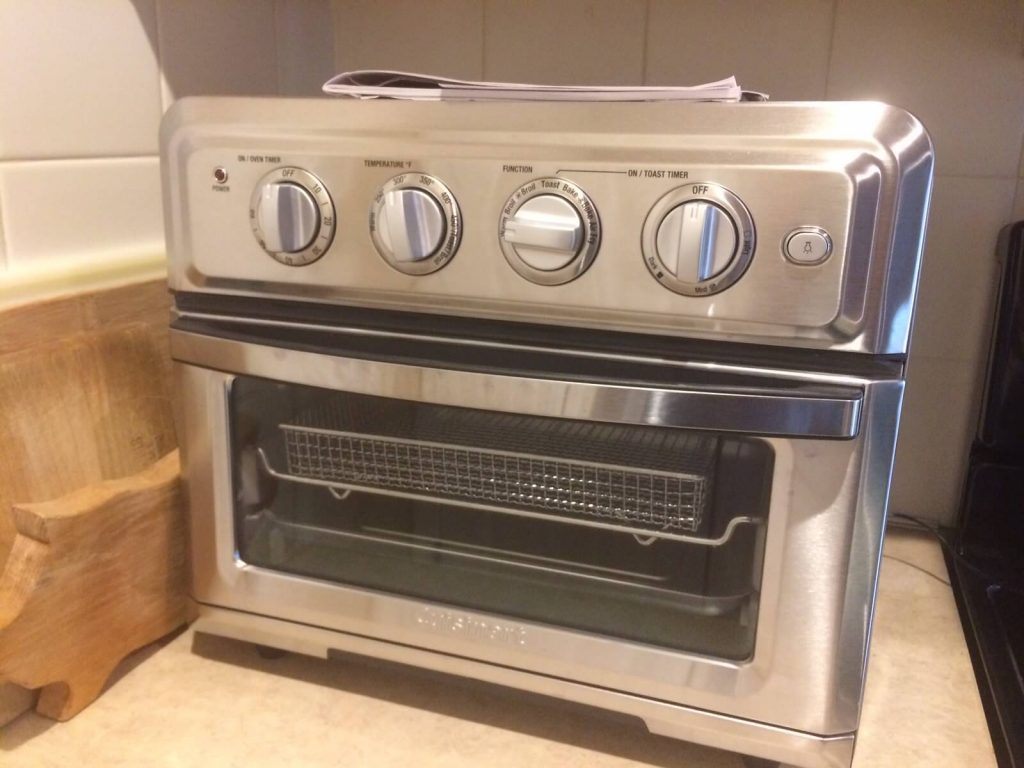 In simple terms, a convection oven uses a fan to circulate hot air and an exhaust system to blow it all around the oven. The fan not only helps spread the air around but also helps food to cook evenly and quickly versus a regular oven. Convection ovens are also better for browning so foods like meats brown on the outside but stay moist inside.

Besides these features, you can pretty much use it as you would traditional ovens. Use it to roast meat and vegetables, and bake casseroles, cookies, and brownies. It is truly a home cook’s most trusted assistant.

Convection ovens are built like standard toaster ovens; it is rectangular and has a door that’s hinged at the bottom. With its size and ample space inside, this appliance has room for a large sheet pan so you can cook large meats and spread out your food.

What Is Convection Baking?

When talking about air fryer vs convection oven, the topic of convection baking or heating is also unavoidable. So what is it, exactly? Convection baking is a cooking system that uses hot air and a fan to cook food more quickly and evenly than a normal oven.

A regular oven uses only one source of heat, which is usually located at the bottom. The problem with regular ovens is that it directs heat to one place. It usually takes time to spread heat throughout the cooking space. Oftentimes, your food will cook unevenly. On the other hand, in convection baking, the fan system fills the oven with heat much faster, thus promoting even cooking. 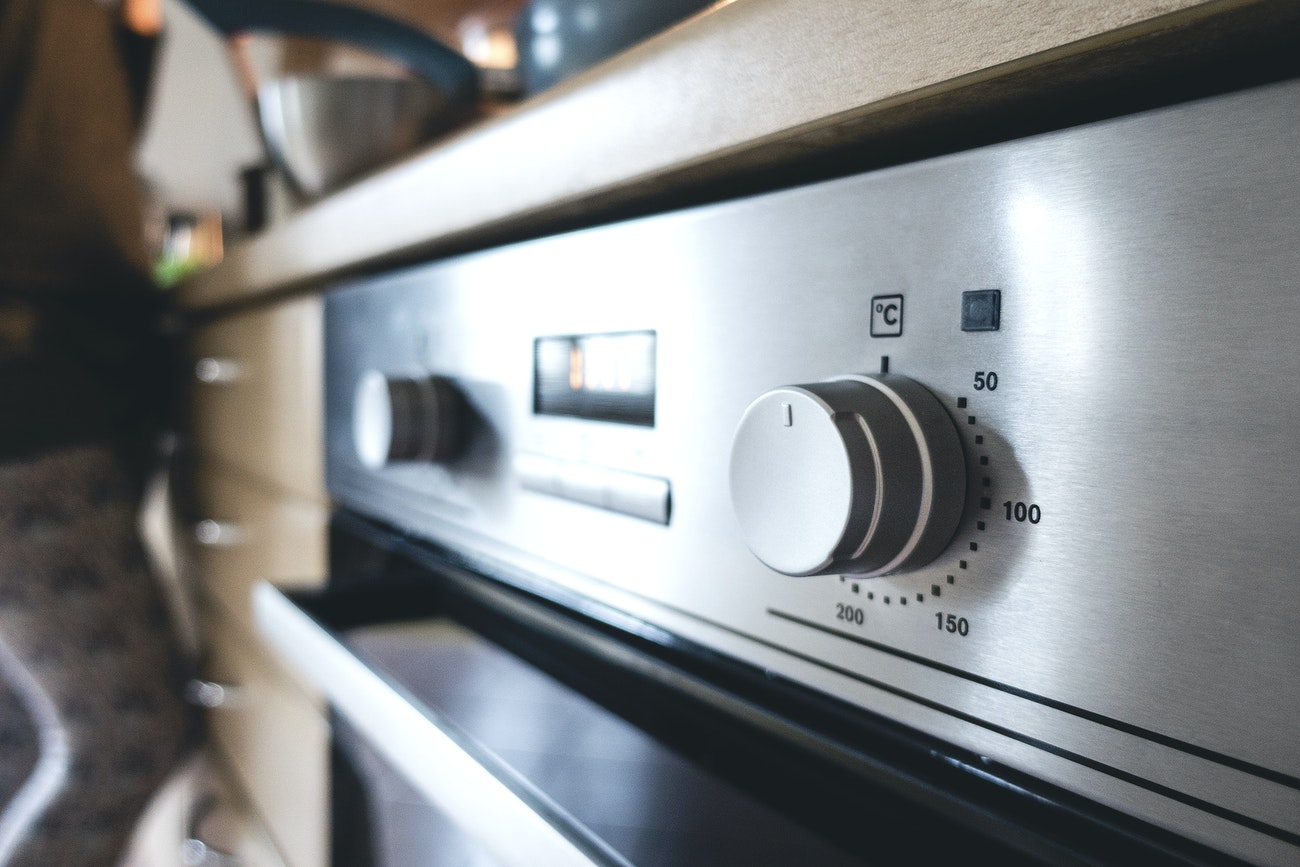 Air fryers and convection ovens have more in common than one might think. Both of these appliances employ convection heating or baking to cook your food by using a fan to circulate hot air around the surface of your food. Still, there are differences that you might want to consider before buying what’s best for your kitchen. Learn more about what sets them apart below!

Air fryers are often small, compact, and have a cylindrical structure with a removable cooking basket that you cannot see through. This means every time you check your food, hot air escapes. Meanwhile, convection ovens are typically designed like a regular toaster with a pull-down door at the front. It has a glass panel that you can use to check the doneness of your food without the need to open it.

Additionally, air fryers are also designed so that your food won’t sit directly on the pan and absorb oil. Again, there are different types of air fryers but all types have the base (the main component), the removable metal basket, and the basket base underneath that holds it. Your food sits in the metal food holder and the oil that you’ve used will drip on the bottom, effectively cutting back on calories. That said, depending on the type of food you are cooking, air fryers typically produce healthier food. Although, it’s a far stretch to conclude that all food produced by air fryers is healthy. Its oil-drip design can also make cleaning and disposing of oil tougher too.

Most air fryers are designed smaller which also means they can only accommodate a fraction of food that most convection ovens can cook. If you’re cooking for a crowd, then using an air fryer might not be a good idea as you have to cook in batches. So even if it cooks faster than a convection oven, eventually it will take longer. Yes, you can stack foods in the air fryers but that would defeat the purpose of convection heating because you’ll block the circulating hot air and end up with unevenly cooked meals.

Though uncommon (and most probably hard to find), you can now buy air-fryers in large sizes. Both air fryers and convection ovens come in different sizes, but air fryers are still usually smaller than the latter. If you are looking to heat, crisp and brown foods in small proportions, then consider buying an air fryer instead. Meanwhile, convection ovens accommodate larger portions of food better than small ovens.

Both can heat food faster than some types of ovens thanks to their use of convection heating or baking. However, the size of the appliance affects the air circulation and how fast you can cook your food. Basically, the smaller the cooking appliance, the quicker and crispier your food can become because the hot air circulates around a smaller cooking area. Meanwhile, a convection oven has more space, thus it may take some time for the hot air to circulate throughout.

Convection Oven vs Air Fryer: Which Is Better

Air fryers indeed cook and fry faster than a convection oven because it surrounds your food with hot air faster. Not to mention its versatility too. However, while air fryers cut back on cooking time and oil used, they can only cook for two people. A convection oven, on the other hand, can cook and bake a huge batch without the need for stacking because it’s spacious. There are also fewer dishes to worry about later — you just need to clean the sheet pan!

Here’s the bottom line: air fryers are just compact, smaller convection ovens as they use the same heating system. If you’re deciding which one is better, it depends on your needs. Do you cook for a crowd of two or more? Are you looking to save space on your countertop? Or cutting back on calories and cooking oil? If you’re cooking for a crowd and you have space for it, then get a convection oven. For space savers that cook only for two, an air fryer seems to be a good fit.

Can I use my oven as an air fryer?

Yes! If your oven has a convection setting then yes, you can use your oven as an air fryer. What’s more, if it has more space then ultimately it will be more useful and convenient. However, cooking time might be slower as it will take much more time to circulate heat in a bigger oven.

Which one is healthier, convection oven or air fryer?

Generally, if we are looking at the same foods cooked in these two different appliances then yes, an air fryer is considered the healthier option. But, air fryers don’t really produce healthy foods. Rather, it helps you cut back on calories by not using too much oil and by letting excess fat drip down the basket base of the air fryer.