Craving Domino’s Hawaiian pizza but it’s not available in your area? Try out this copycat Domino’s pizza recipe! It’s got a crust that’s crisp on the outside and soft and fluffy on the inside. Topped with the tasty combination of marinara sauce, ham, mozzarella cheese, and pineapples, each bite of this pineapple pizza will surely satisfy your cravings. Pair it with your own homemade versions of other Domino’s menu items like Domino’s chicken wings and chicken alfredo pasta.

Pizzas from Domino’s are known to have crisp edges while the inside remains soft and chewy. The combination of Domino’s pizza toppings is just delicious and not too over the top. Here’s how you can perfect Domino’s pineapple pizza at home: 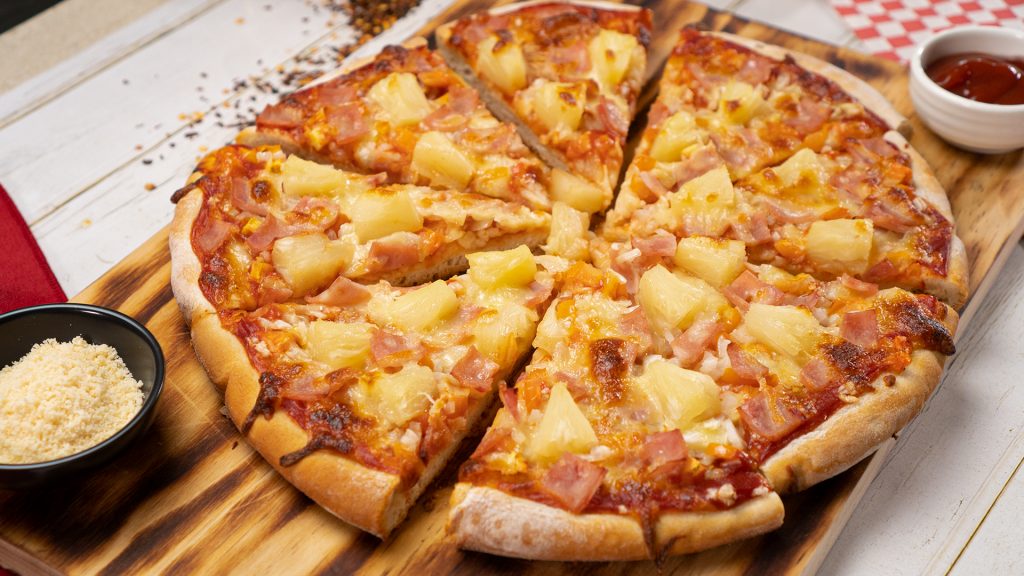 *Check out this easy pizza dough recipe if you want to make your own homemade pizza crust from scratch!

How do you keep pizza crust from getting soggy?

Thaw the pizza dough at room temperature first before beginning to roll it. Blind bake it for a few minutes in order to form a crust, just like what we did for this recipe. As for the pizza toppings, the general rule is to refrain from using watery ingredients. Also, aside from putting just a thin layer of marinara sauce, adding a good amount of cheese also helps. It melts and forms a layer of barrier between the pizza and the pineapples. Keep these in mind, and your oven baked pizzas are guaranteed to have perfectly cooked crusts every time!

Why is my pizza dough not crispy?

If the oven is not hot enough, the pizza dough won’t crisp up. Make sure that it’s preheated enough in order to give the dough a good crisp. If oven temperature is not a problem, then it might be the dough itself. The dough might be too moist. 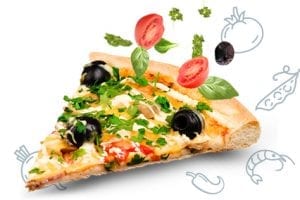 Say goodbye to take out and make pizza nights better by making Domino’s Hawaiian pizza at home! Enjoy the crispy pizza crust filled with ham, cheese, and pineapple toppings. It’s easy, fun, and best of all, more special with a personal touch.
Share:
Submit Your Own Recipe