This recipe for penne rosa was taken off from the Noodles and Company menu right for you. Serve a plate of penne noodles coated in creamy marinara sauce with spinach and mushrooms and topped with parmesan cheese. It’s heavenly delicious and only takes 15 minutes to make!

If you’re a big pasta lover, read our article on different types of pasta to know more about penne noodles plus other recipes you can try.

What’s in Our Penne Rosa Sauce?

What makes this penne pasta recipe different from others is its creamy and savory sauce from the cream and marinara sauce combination.

Noodles and Company might be making their penne rosa using Roma tomatoes, which are perfect for making tomato sauce as they’re meaty, full of flavor, fresh, and tangy. But we can still get that amazing creamy red sauce with canned tomatoes with our homemade penne rosa sauce.

This penne recipe is surely one of the best pasta recipes using a flavorful marinara sauce. The marinara adds a sweet and rich flavor mixed with bold notes from the red wine. The addition of heavy cream results in a creamy pasta recipe with mushrooms and onions for texture.

This quick 15-minute penne recipe is already so easy to whip up but we still have some tips and tricks on how to best make it.

What to Serve With Penne Rosa

If you’re a meat lover, you can simply incorporate some chicken into this vegetarian pasta and turn it into chicken penne pasta. For those into seafood, you can also serve it with this garlic butter-flavored grilled shrimp recipe. Lastly, for a healthier meatless pasta side alternative go ahead and try our cucumber salad recipe. 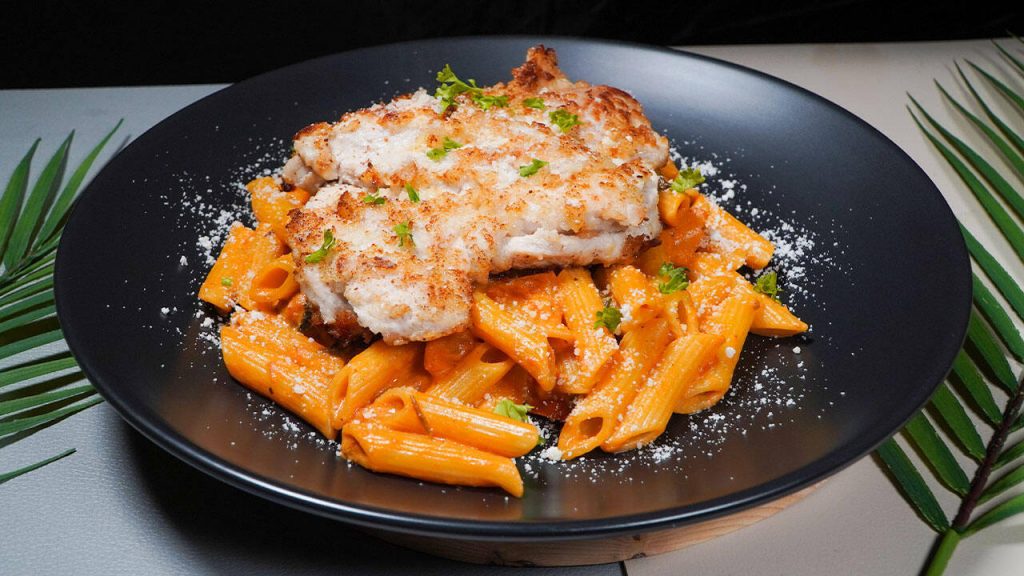 How To Make Penne Rosa (Noodles and Company Copycat)

Indulge in a delicious plate of penne rosa inspired by Noodles and Company in just 15 minutes. Savor penne noodles coated in a tomato cream sauce, topped with mushrooms and parmesan cheese.

Can I use vodka sauce instead of marinara sauce to make penne rosa?

Yes, you can switch out the marinara sauce with vodka sauce. Just make sure not to add heavy cream anymore, since vodka sauce is already a tomato-based cream sauce with a mix of vodka. Try it out with our vegetarian-friendly penne rosa or by serving penne alla vodka with ground beef.

This penne rosa recipe is not vegan, but you can make it vegan-friendly by replacing some ingredients. Replace penne pasta with gluten-free noodles like rice noodles, zucchini noodles, or pipette noodles. Then, substitute heavy cream with greek yogurt and hemp seeds for parmesan cheese to completely omit the dairy.

This copycat recipe serves a scrumptious and filling meal that's as close to the authentic sensational penne rosa of Noodles and Co as you can get. It’s definitely quick and easy to make, a perfect last-minute dinner idea that family and guests would enjoy.
Share:
Submit Your Own Recipe

Enjoy buttery and tender bites of these twice baked potatoes, stuffed with roasted fennel and creamy tetilla cheese, for a rich side to any dish! 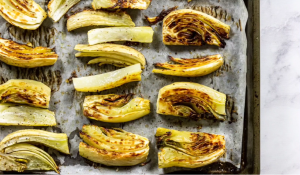 Have a serving of this delicious roasted fennel loaded with a cheesy and flavorful parmesan and sausage stuffing, with an added crunch from breadcrumbs. 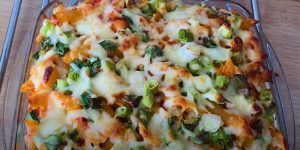 A meatless penne pasta dish loaded with roasted zucchini, red bell peppers, and other vegetables tossed in some balsamic sauce and topped with cheese.

With a splash of dry wine, these roasted Marsala mushrooms are given intensified flavors to complete a delicious pasta dish. 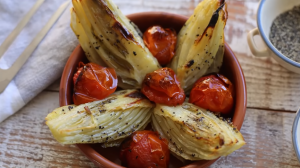 Grab a bite of these roasted fennel bulbs, made with just four ingredients, for a delectable plate of tender and crisp vegetables! 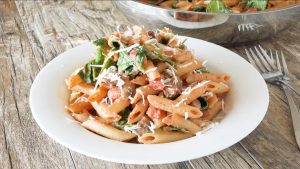 In just fifteen minutes, you can make this penne rosa. This creamy pasta dish has mushrooms, spinach, and a kick of red pepper flakes. 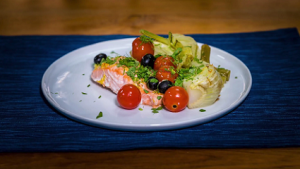 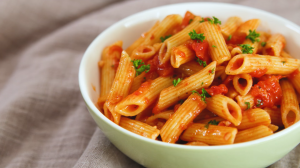 Enjoy bites of tender pasta, savory roast beef, and crisp veggies tossed in a sweet balsamic dressing, all in one plate, with this easy-to-follow recipe! 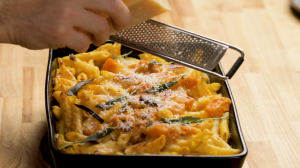 Sweet and savory flavors from the roasted butternut squash and ham amplifies this rich and filling penne pasta! Whip up a serving in just under an hour. 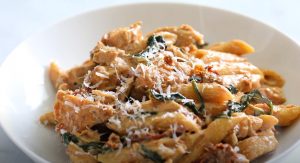 Roasted asparagus completes this simple pasta dish that’s tossed in a tangy mix of butter, vinegar, and sugar. Top with Parmesan to finish! 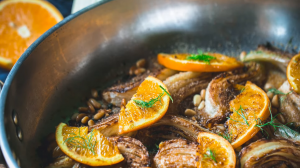 With a mild citrusy undertone, this roasted cod is marinated in orange juice and topped with fennel bulbs for a mouthwatering one-hour dish. 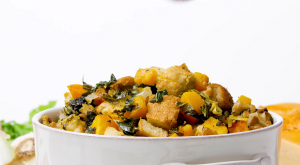 Make something new this Thanksgiving with this unique fennel stuffing recipe. The roasted butternut squash and sausage were made more flavorful with herbs.
Comments