If two of your favorite things are vodka and pasta, then you’ll love this penne alla vodka recipe! It makes use of penne pasta, coats it with an aromatic vodka sauce, and adds ground beef for a comforting and fulfilling dish that requires minimal preparation. Instead of meatballs and spaghetti, which we all love as a kid, it uses penne pasta, ground beef, and vodka, putting an adult spin on one of our favorite childhood classic recipes.

To make a delicious penne alla vodka, the trick is to cook the sauce down. This will help render the alcohol mute while intensifying the flavors and balancing the acidity from the tomato sauce. Although relatively flavorless, make sure to find plain vodka, without the flavors. Additionally, remember to follow the recommended amount of vodka as more may give it an alcoholic dry texture.

For an additional kick that just makes this recipe a whole lot better, we’re also using chili flakes which we found brings a balanced heat in creamy recipes. If you want the sauce to seep into the pasta better, feel free to switch to a fatter type of pasta like rigatoni tubes as they catch more sauce than penne pasta.

We found that penne pasta and some Grilled Beer Chicken makes a fulfilling dinner combination. Again, just go easy on the alcohol!

Tip: Make sure to simmer the sauce for an extended time to fully remove the alcoholic aftertaste! 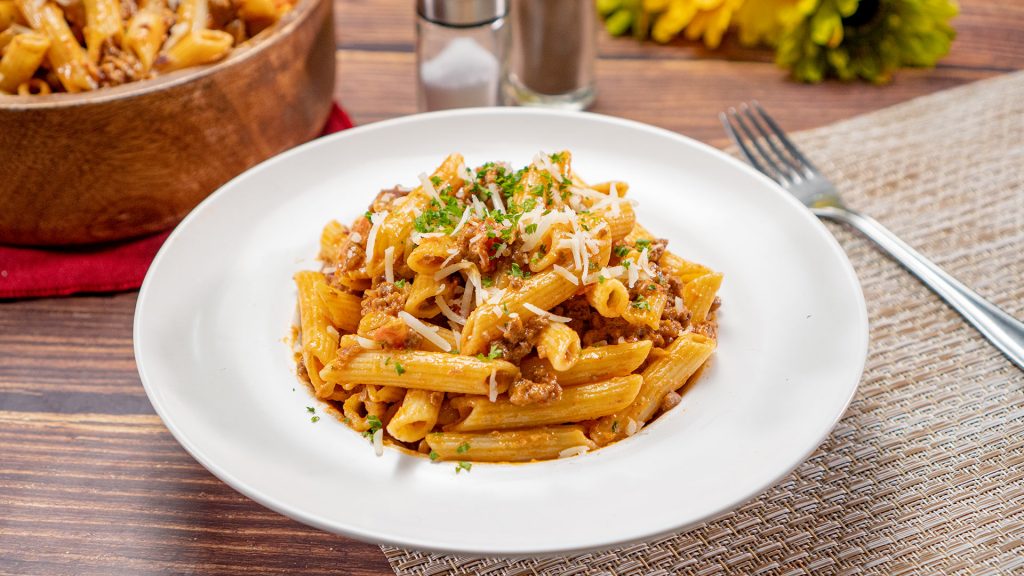 How To Make Penne Alla Vodka with Ground Beef 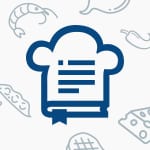 What does vodka do in pasta sauce?

Vodka, as the main ingredient in pasta, serves mainly as a flavor enhancer and emulsifier. It encourages a more aromatic flavor when mixed with tomato sauce rather than just using tomato sauce alone. Being naturally acidic, tomatoes require a stabilizer. What vodka does is inhibits the cream from curdling, helping it separate during the cooking process.

What is the best vodka to use for this penne alla vodka recipe?

While there’s not much preference on brands, make sure you aren’t using flavored vodka. We also recommend using a newly bought bottle, not one stored in the cupboards for a while.

Can you get drunk off of penne alla vodka?

The short answer is no. While adding vodka in recipes does give out a boozy kick, it doesn’t get the same effect when cooked through. In pasta recipes like this, the alcohol gets burned off during the cooking process. It will leave only a trace of a tangy flavor that infuses with the pasta. It’s safe to say, therefore, that the kids (and even pregnant women) can enjoy this recipe without getting drunk.

A comforting pasta that puts an adult spin on the childhood favorite. It is a deliciously satisfying yet cheap and affordable dish to make any day of the week! Serve over dinner sprinkled with lots of parmesan cheese or grated sharp cheddar. Its best shared on weeknight gatherings while reminiscing the old days!
Share:
Submit Your Own Recipe