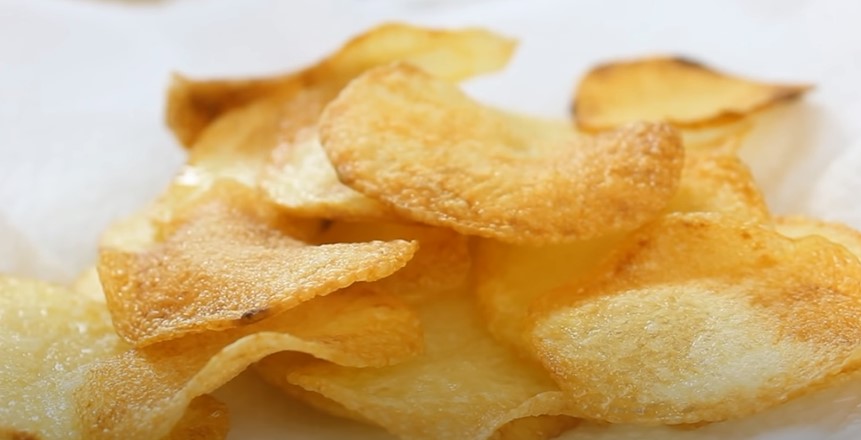 Enjoy a healthier snack in this fast potato chips recipe! It’s made with just 3 ingredients and air fried for a crunchy and salty snack. 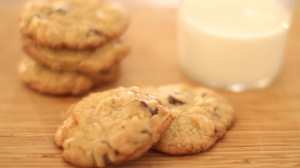 1
2
3
4
5
Potato Chips on Toffee Cookies? What a weird combo! But if you've ever tried eating sweet and salty foods together, you'll know what we're going after.
53 mins

1
2
3
4
5
Roasted chickpea jacket potato is given an exciting crunch with some added potato chips and then topped with smooth sour cream.
50 mins 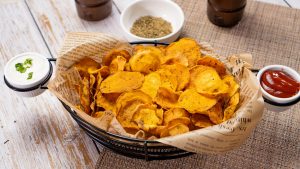 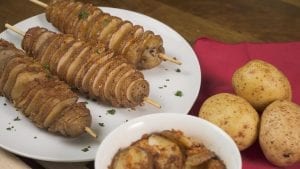 1
2
3
4
5
This recipe for baked spiral potato chips is great as a snack or side when you're craving potato chips, but don't want the ones from the store.
1 hr 10 mins 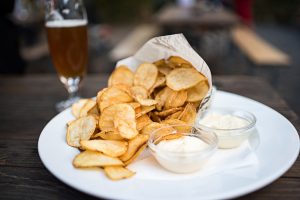 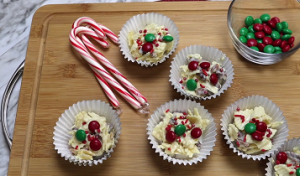 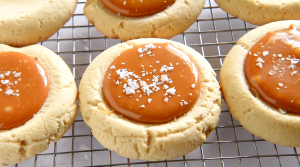 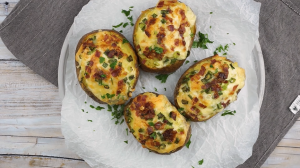 1
2
3
4
5
Creamy and fluffy jacket potato with a crisp surprise, thanks to a topping of potato chips. It also has bits of savory bacon and some sour cream on top.
50 mins 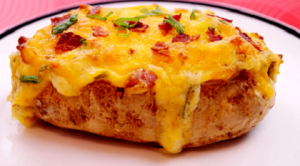 1
2
3
4
5
There is a gooey cheesy surprise waiting in this jacket potato recipe. Apart from the melted queso, it also has bacon bits and crumbled potato chips.
50 mins 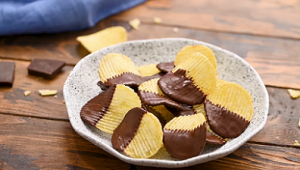 1
2
3
4
5
These chocolate-covered potato chips are done in a flash! Just grab some chips, dunk them in melted chocolate, and voila, a perfect mix of sweet and salty!
7 mins

1
2
3
4
5
Brimming with the flavor and aroma of thyme and rosemary, these lamb chops are served atop delicious golden potato gratin for a satisfying meal.
1 hr
Comments