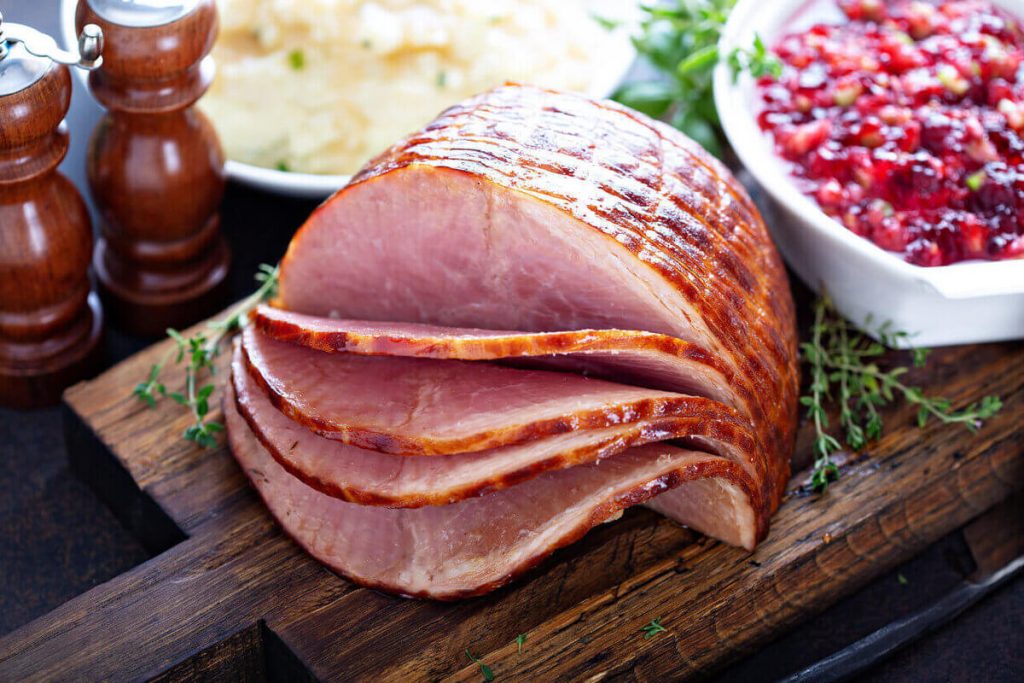 How Long Is Ham Good for in the Fridge and Freezer?
Table Of Contents
'

Almost everyone stocks up on ham because they are versatile and easy to incorporate into delicious pork recipes and other dishes. If you happen to have leftovers, the fridge and freezer are their temporary home. Now, how long ham is good for in the fridge is a concern every ham and cured meat lover has wondered once or twice. After all, we want to store them where their shelf life would be longer.

Well, wonder no more! In this article, we’ll discuss how long ham lasts in both the fridge and in the freezer, as well as some tips on how to keep them fresh and delicious for your next recipe!

How Long Is Ham Good For?

How Long Is Ham Good for in the Fridge?

Take note, ham that’s been kept in its original packaging always lasts longer. So if you have no intention of cooking it yet, keeping it in its packaging is the best practice. This way your cooked-at-plant, vacuum-sealed ham can last up to 2 weeks. Once it’s opened, it can only last for 3 to 5 days. For a complete guide, check the table above.

How Long Is Ham Good for in the Freezer?

How long is ham good for in the freezer? Do they last longer? Yes, of course. Once you store your cured, uncooked ham in the freezer, your ham’s shelf life is relatively longer than when it’s stored in the refrigerator.

To be exact, cured and uncooked ham will last 3 to 4 months (although some brands and types can be frozen for up to 6 months depending on the use-by date). A complete guide above should help you keep track of a ham’s shelf life by type.

READ ALSO: How Long Does Chicken Last in the Fridge And Freezer? (Both Raw and Cooked!)

How to Tell If Ham Is Bad 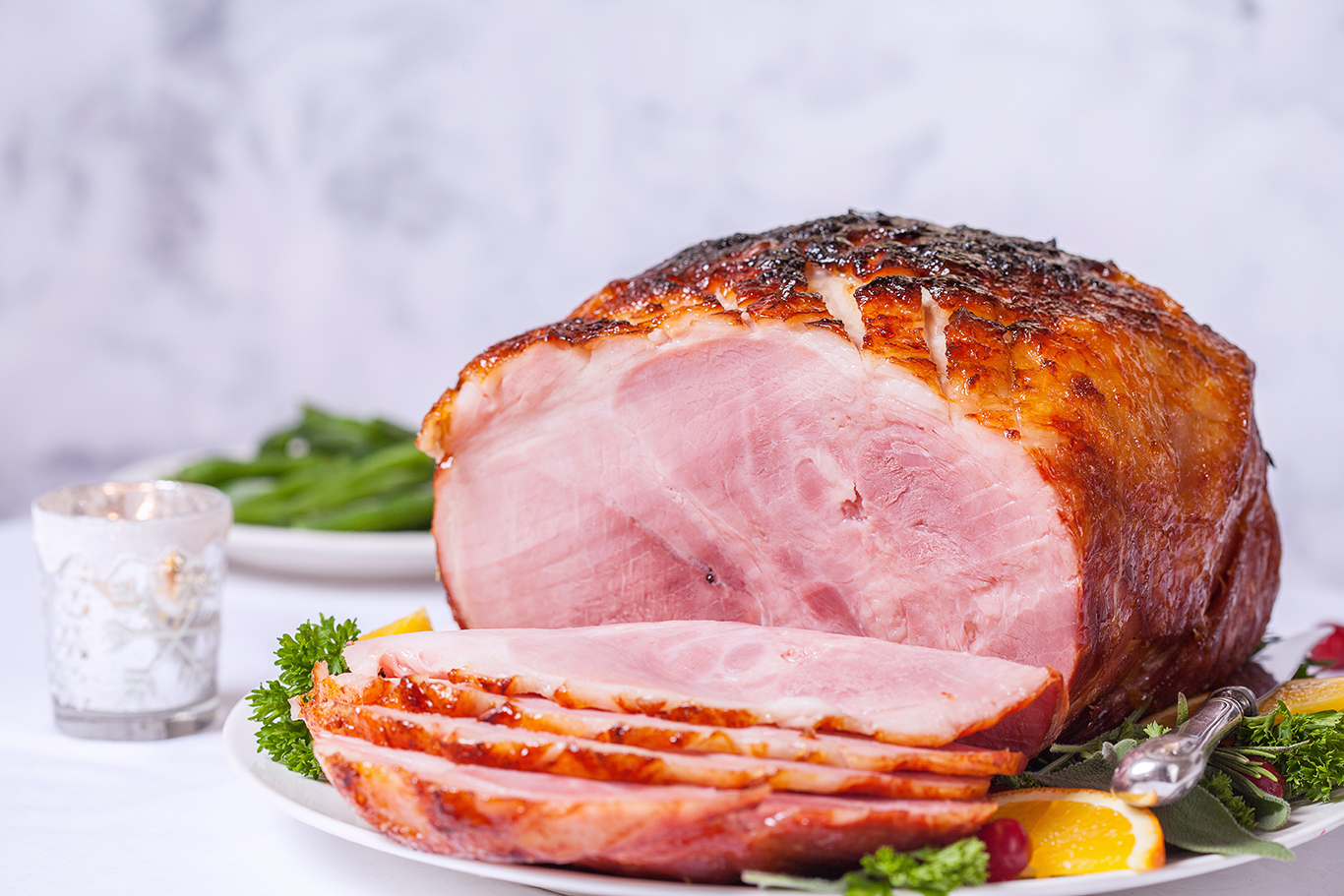 Like all cured food, dry-cured meats like ham and Italian salami have a thin layer of mold on their exterior or skin. Don’t worry! That’s completely normal. A natural part of the fermentation process, the production of mold is a sign that the ham is aging properly. It’s not an indication that your ham has spoiled.

Luckily, just like learning how to tell if a chicken is bad, tell-tale signs of spoilage are easy to spot even to home cooks. To avoid food poisoning, how do you tell if your ham has gone bad? The signs below should help you with that.

One of the early signs you have to look out for is the change in color and appearance. A perfectly good ham (cooked or uncooked) should have a rosy pink color. This is because ham is injected with sodium nitrate which makes the meat pink. If the color has faded or started to turn gray or green compared to when you first bought it, don’t eat it! It’s time to chuck it in the bin.

Sometimes a ham’s appearance does not tell you about its state especially when it’s frozen or covered in glaze or mold (from fermentation). Before you jump to conclusion that it’s okay to cook, look for another sign. You can start with its smell.

Take a good sniff; if it smells salty and smoky then it’s good to eat it. However, take note that you won’t notice a very foul odor similar to spoiled meat and vegetables. Rather, you’d notice a sulfur-like smell and a very musty odor. Still, the general practice is to throw it away if it smells other than salty and smoky.

Fresh ham should be firm and moist. On the other hand, dry-cured ham, well, should be dry. Whether fresh or cured, both hams will feel slimy or sticky once they go bad. Eating ham that’s slimy and sticky hoping that cooking it thoroughly will fix it is not a good idea. It’s guaranteed to put you in the sick bay so dispose of it immediately.

It’s true that it’s normal for dry-cured country hams to have mold. But that doesn’t go the same for fresh, uncured ham. Once you spot mold formation in your uncured ham then it’s time to chuck it away.

Before you think about it, forget about scraping the mold and saving the rest of the ham. The mold can easily permeate the meat and contaminate the rest of it. Not to mention, there are also bacteria surrounding the mold which might cause food poisoning once consumed.

Aside from these signs, you can also check the expiration or use-by date indicated on the packaging. Vacuum-sealed or store-sealed, don’t consume the ham once it’s already past due. This is because it’s probably not good for consumption anymore. If it looks okay and you’re unsure whether to throw it away, look for the rest of the signs stated above.

How to Store Ham Properly 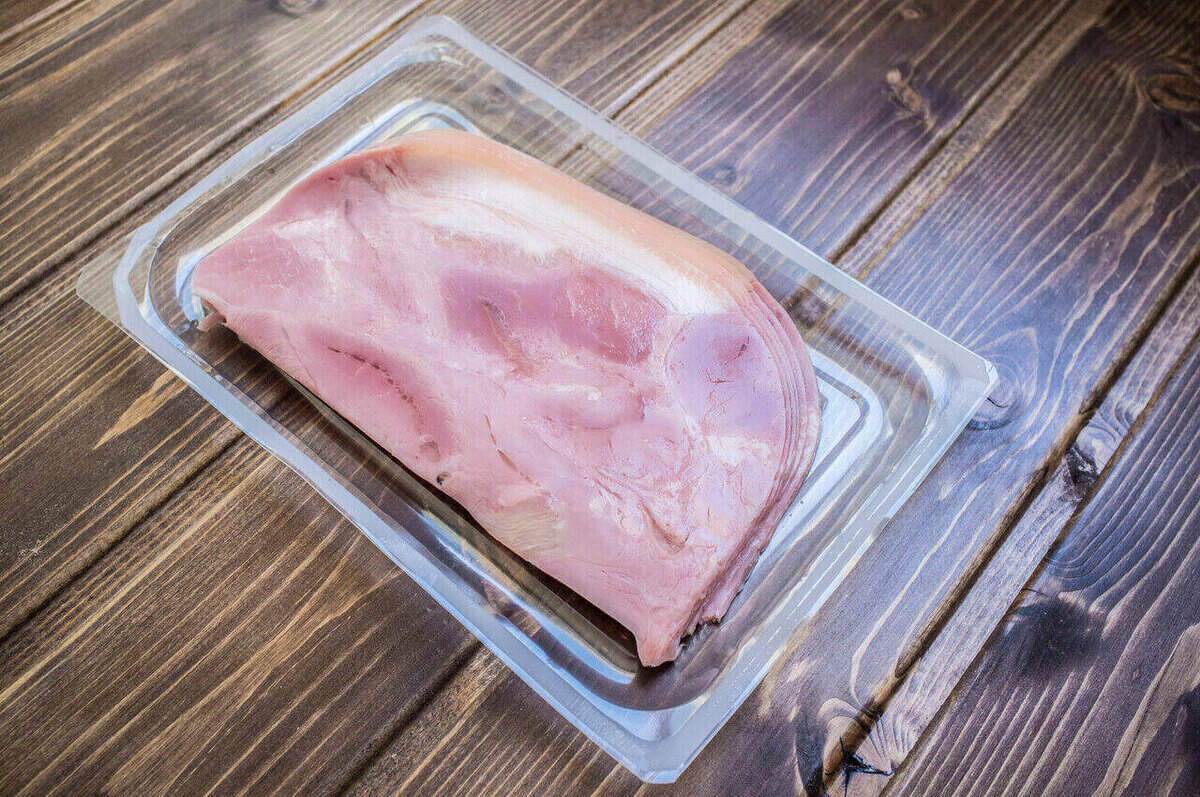 Now that you know how long is ham good for in the fridge and freezer, we’ll show you tips on how to avoid early spoilage so you can use it for dishes like this black forest ham sub. Below are some tips and tricks to keep ham fresh and delicious!

Can you freeze ham without compromising taste and texture? Yes, you can! Of course, to get the best possible result, you have to do it the right way.

Yes. Cured or uncured, ham can go bad. Among the signs that you can look for spoilage are sulfuric and musty smell, graying skin meat, and slimy texture.

Can you eat ham after 7 days?

If you store it properly, fresh, uncured ham can last up to 3 to 5 days. On the other, cured and uncooked ham lasts about 5 to 7 days or until its beyond-use date.

Keep the ham in its original packaging until you’re ready to use it to maximize its shelf life.

Can you eat ham that has been left out overnight?

No. You can’t consume ham that has been left out for more than 2 hours much less overnight. This is because bacteria grow incredibly fast at room temperature which reheating can’t fix.

Can you eat cooked ham after 5 days?

According to the USDA, once the ham has been cut, sliced, and cooked it should be consumed within five days especially when it’s stored in the fridge.

Chucking out food you never or barely touched is something all home cooks and chefs don’t look forward to. So, knowing how long they last in the fridge and how to prolong their shelf life is a question we look forward to being answered.

Basically, keeping the ham in the fridge or freezer guarantees longer shelf life. Of course, different types have different shelf lives. If you find yourself confused, just visit this article and find out how long they can last!

Read Next: What Is Salami? Everything You Need to Know