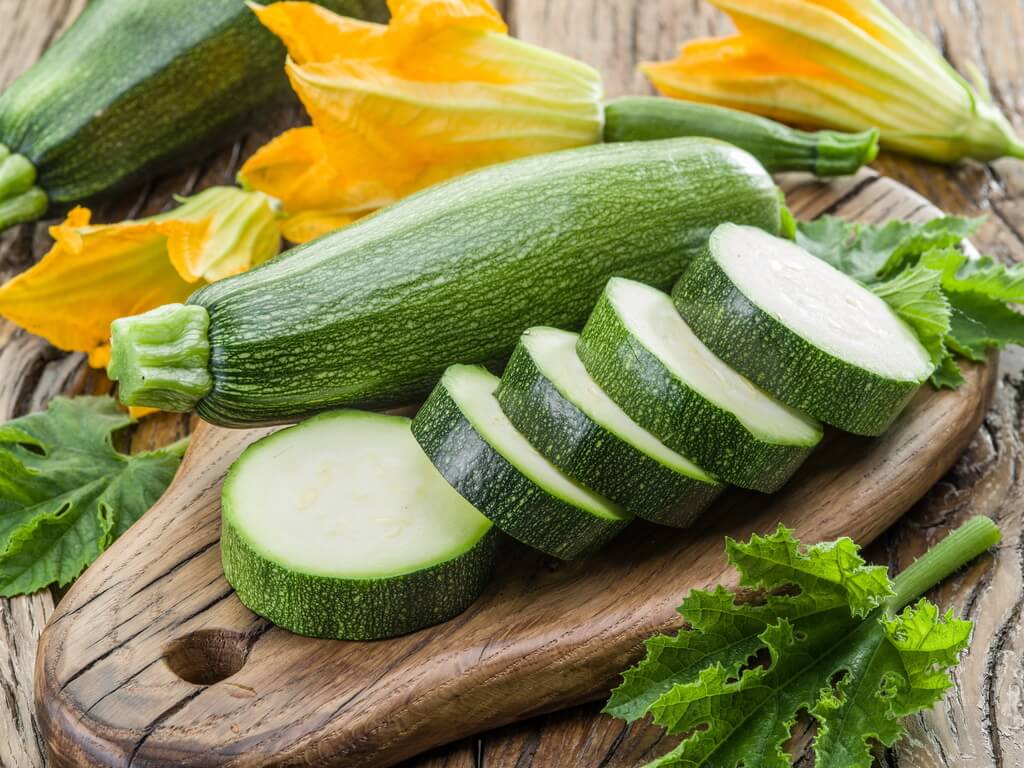 If you are on a strict diet, then you’re probably familiar with zucchinis and cucumbers. We’d often see them in salads or other recipes for low cholesterol diets. But if you’ve ever tried cooking with these gourds, you’d realize that it is not easy to tell them apart. Dark green, pale flesh, and the same cylindrical shape — it’s no wonder many confuse one for the other when placed side by side.

However, zucchinis and cucumbers have more differences than you may think. Read on as we put the longstanding debate between zucchini vs cucumber to rest and discuss what makes one different from the other!

What’s the Difference Between Zucchini and Cucumber?

Zucchini (also called courgette and baby marrow) is a type of vining herbaceous summer squash from the Cucurbitaceae or Cucurbits family along with cucumber, gourd, squash, melons, and pumpkins. Like cucumber, zucchinis are often harvested prematurely so the rind remains tender and edible like the rest of its parts: skin, seeds, and flesh including the zucchini blossoms. Currently, there are about 14 different types of zucchinis.

Is zucchini a fruit or a vegetable? Zucchini is one of the many fruits masquerading as a vegetable. Many think zucchini is a vegetable because we treat it as one. Botanically speaking though, zucchini is a fruit because it has seeds and grows from them. In fact, it reproduces from the flowering part of a zucchini plant.

Just like zucchini, cucumber (Latin name cucumis sativusis) is a fruit and is also a member of the Cucurbitaceae family. Cucumber varieties come in varying sizes and colors which you’d usually find at the farmer’s market. Garden cucumbers are the most common in North America, while English cucumber is the sort you often see and use in salads. Other ones that you may be familiar with are Armenian, Gherkin, and Kirby cucumbers.

READ ALSO: English Cucumber: Everything You Need to Know

Zucchini and Cucumber Look Similar But Have Different Skins 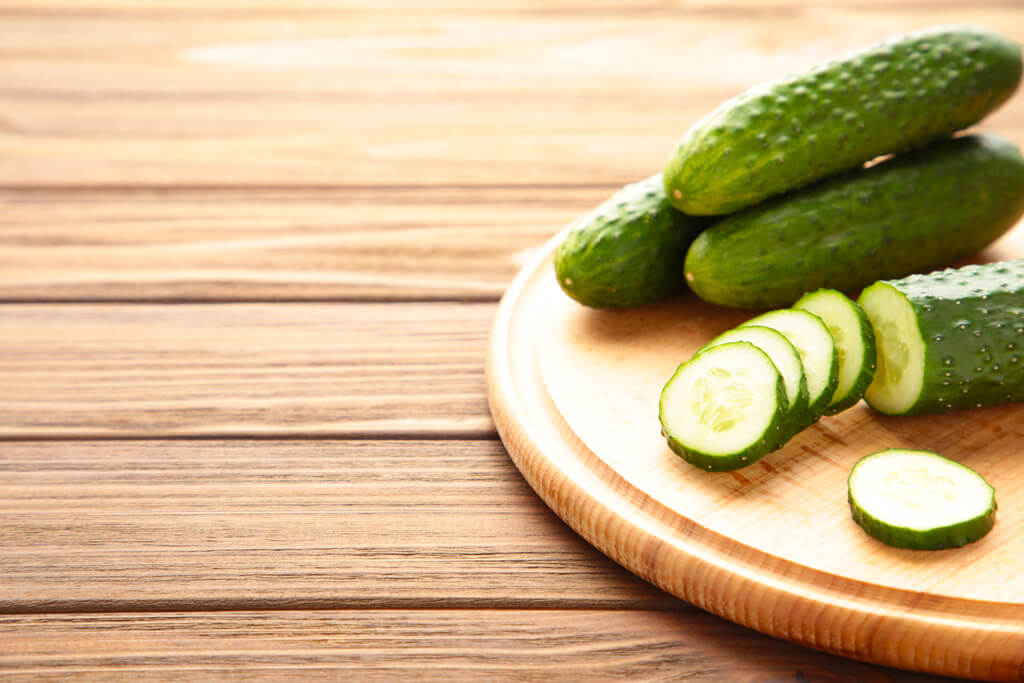 When comparing zucchini vs cucumber, you’d notice that both fruits have a long cylindrical shape and green skin at first glance. However, with a single touch, you’d be able to tell the difference instantly from the texture of their skin. Depending on the variety, some cucumbers can have rough or smooth skin. The English cucumber has a cold, smooth surface without bumps, unlike pickled ones like Gerkhin and Kirby cucumbers which are rough. Meanwhile, zucchinis’ skins are smooth and dry. 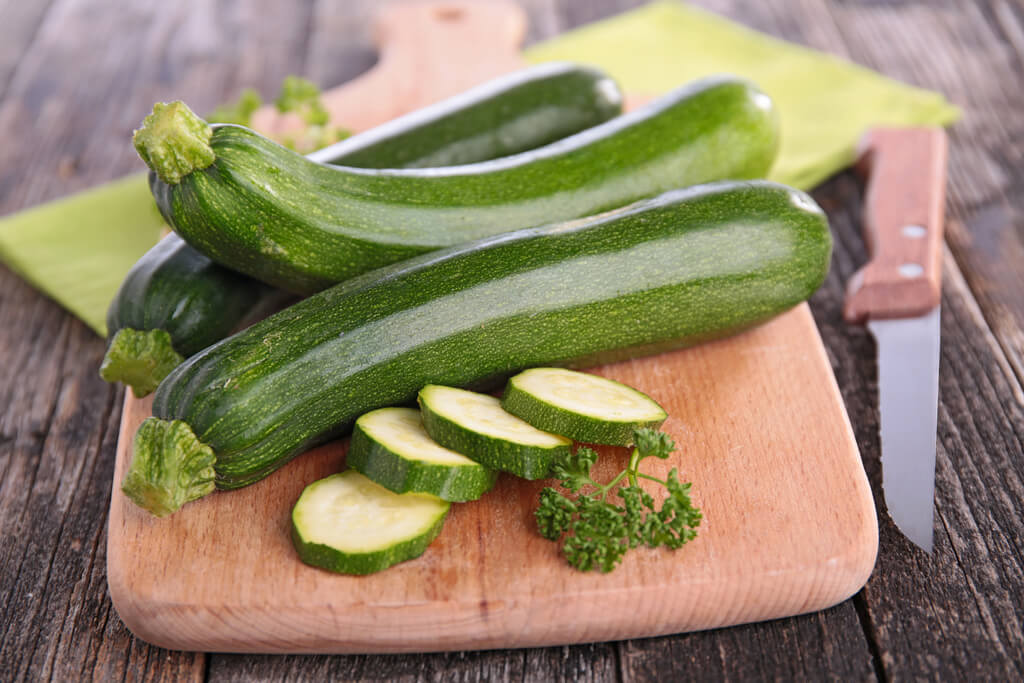 Just like cucumbers, zucchinis also have bulbs. However, another feature that sets one from the other in terms of appearance is that zucchinis have woody stems at one end which you can also eat. To eat them though, you have to peel them first to remove the prickly hairs.

In terms of color, zucchinis have a light green to very dark green color. Some varieties also have green stripes on them. Generally, zucchinis grow up to 8 inches long. Although, because they are harvested prematurely, fresh zucchinis are usually less than 6 inches long.

Meanwhile, regular cucumbers have dark green skin and green stripes and can grow up to 6 to 8 inches in length. The English cucumber, in particular, has an even emerald green color. They are also longer and narrower than regular cucumbers.

Zucchini has a heartier taste and a mild, sweet flavor. This fruit is also a little bitter but with flesh that is drier and firmer. Cooking zucchini will bring out its natural sweetness balancing the more pronounced bitter taste.

Meanwhile, the flesh of cucumber has a mild, slightly sweet flavor that suits refreshing recipes like this cucumber corn black bean salad. Due to its high water content, the flesh is also juicy which makes a thirst-quenching cucumber lemonade or a garnish for drinks and cocktails. The skin has an earthier flavor and a slightly bitter taste like zucchini. Overall, cucumber is a refreshing fruit that you can add to savory dishes, salad recipes, and even drinks and cocktails. 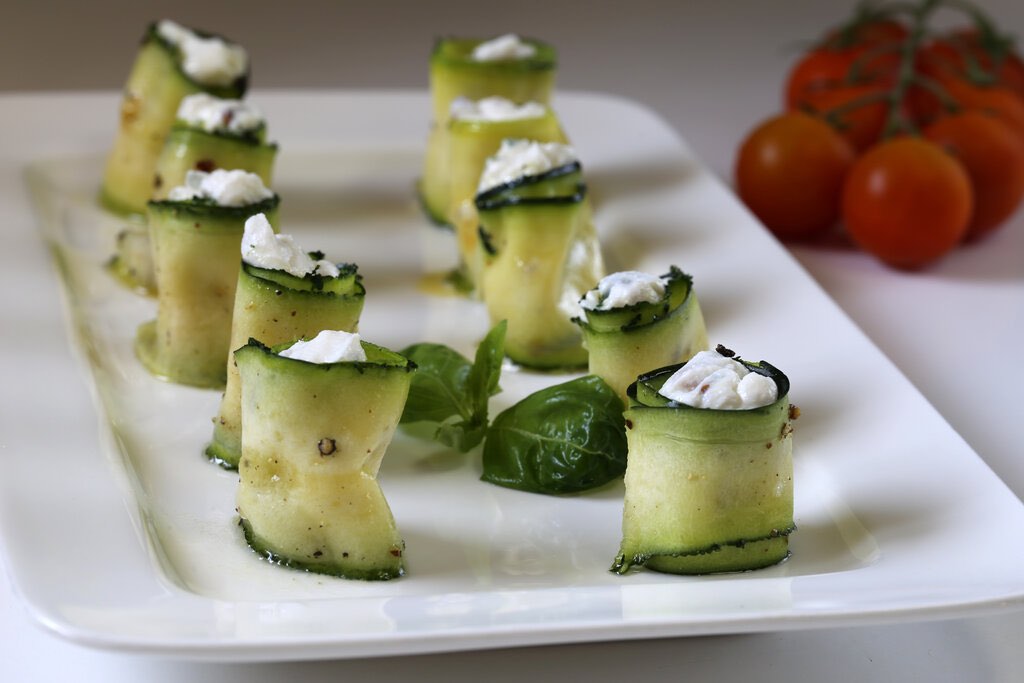 Can you eat zucchinis raw? Yes, you can, though they are better cooked as it fleshes out the natural sweetness and mild flavor of the fruit. Meanwhile, cucumbers are best eaten raw and pickled rather than cooked. We may know cucumbers as a great salad topping, but they work great as a standalone dish too. Think refreshing cucumber salad with tomatoes, red onion, and a few condiments.

Generally, sliced or grated zucchini makes a nice topping to poke bowls. When cut into thin strips, it can be made into raw zucchini sushi rolls as a healthy alternative to the original version. You can also add it to your chicken soup or bake it as healthy fries! This fruit also works quite well with baked goods like brownies, banana bread, and zucchini crumb cake.

And if you’re wondering: can you substitute cucumber for zucchini? Yes and no. You can only use cucumber if the recipe calls for raw zucchini. But if you’re substituting for recipes that require cooked zucchinis, using cucumbers is less than ideal as they tend to get soggy when cooked. We recommend using cucumbers in salads and stir fry recipes that only require light cooking.

Both Have Low Calories

Is there a difference between zucchini and cucumber in terms of nutritional value? Yes, but not much. There are 17 calories per 100 grams of zucchini, while there are only 15 grams of calories per 100 grams of cucumber (12 without its skin). To compare, a medium-sized cucumber has the same calories as one cube of sugar or half an apple. Long story short, both are extremely healthy. Even better, this shows why zucchinis and cucumbers should be your top picks if you’re looking to lose weight effectively or simply looking to eat clean.

If you are looking to start a keto diet, zucchinis and cucumbers are good keto-friendly alternatives to regular pasta and noodle recipes. Try substituting your usual carb-loaded dish with healthy zucchini noodles. 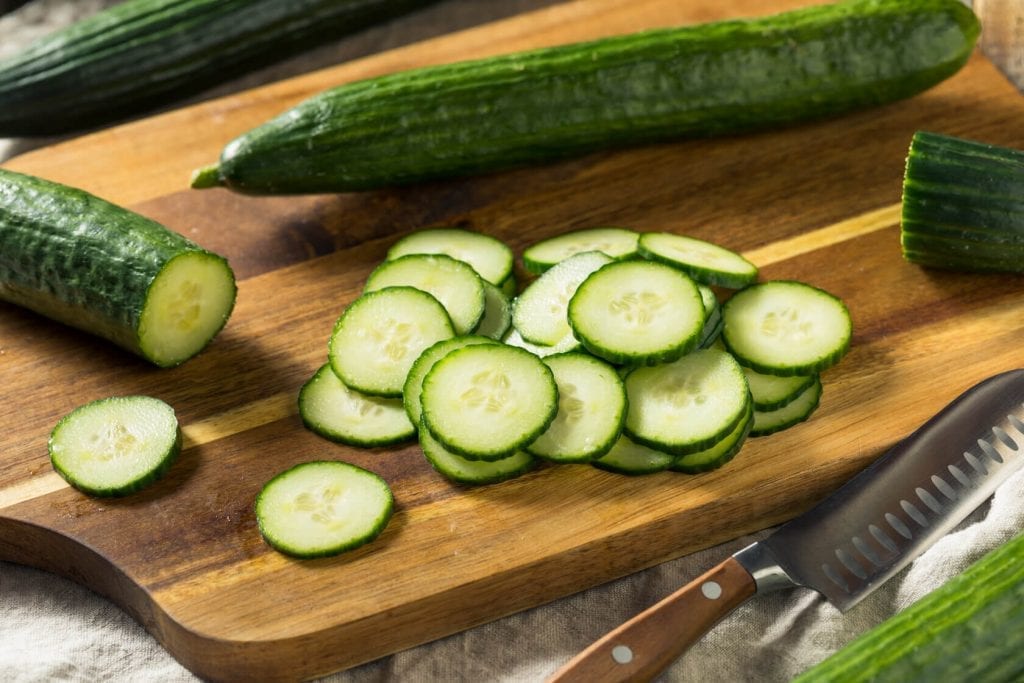 Zucchini and cucumber are quite similar in a lot of aspects as they are both members of the gourd family. But, of course, they have glaring differences. Here’s a quick look at their differences to help you understand better: 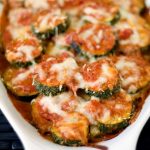 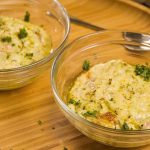 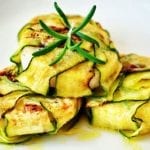 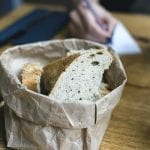 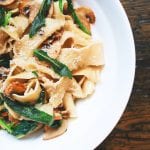 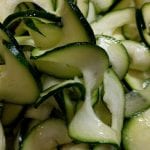 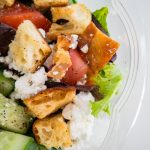 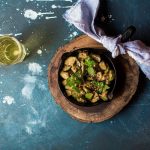 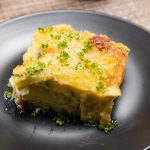 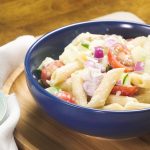 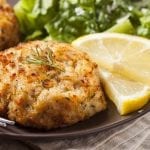 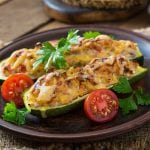