Cinnamon is one of those flavors we all grew up loving, which is why our top favorite snacks include cinnamon roll and cinnamon toast. This cinnamon sugar tortilla roll-up dish is an easy 15-minute no-knead, no proof time version of those treats, stuffed with cream cheese! They’re sweet, buttery, creamy, and just delicious. It’s one of those dessert recipes that’s perfect for your midnight sweet cinnamon cravings. Serve this tortilla dessert with Vietnamese iced coffee and chopped fresh fruits on the side.

As mentioned earlier, this is an easy 15-minute recipe for baked cinnamon tortilla roll-ups that involves only a handful of common ingredients to make. Aside from that, we have more tips and techniques for you! These will ensure that you’ll make them perfectly at home every time. 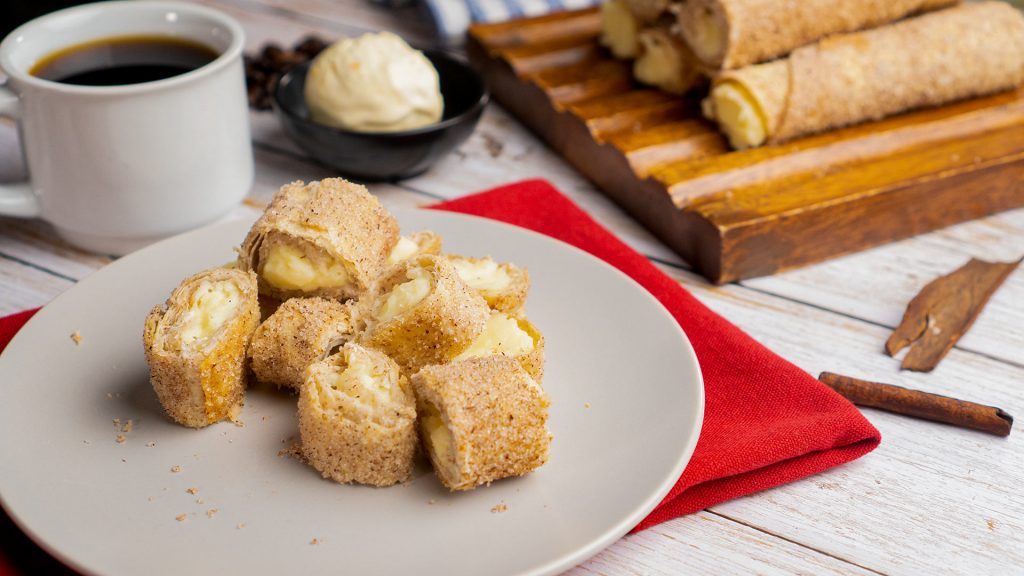 Can I make cinnamon sugar tortilla in the air fryer?

Yes! Set the air fryer to 400 degrees F and cook the tortilla for 5 minutes or longer if needed, until golden brown.


How to store cinnamon tortilla roll-ups?

Place them in a ziplock bag or an airtight container. The cinnamon sugar tortilla rolls will stay good for 3 days in the fridge. You can also freeze them, baked or unbaked, for up to 2 months. 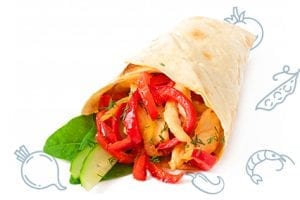 Enjoy heavenly bites of this sweet and buttery cinnamon sugar tortilla roll-up! This cream-cheese filled tortilla dessert will surely satisfy you on any day.
Share:
Submit Your Own Recipe 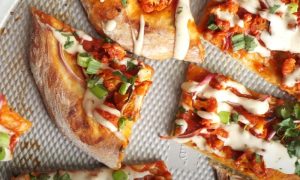 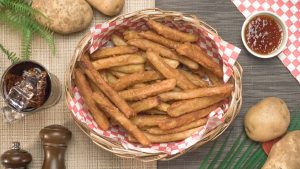 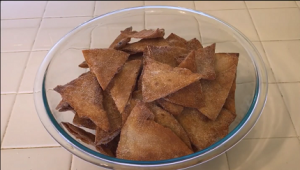 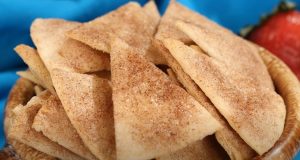 This 4-ingredient crispy tortilla is an easy kid-friendly treat. It’s made with fried tortillas tossed in a cinnamon-sugar coating, done in 15 minutes! 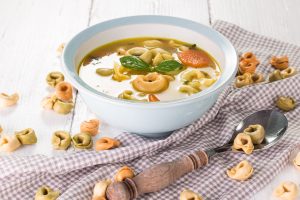 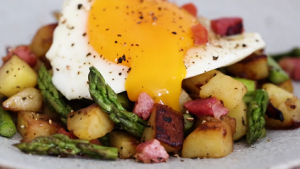 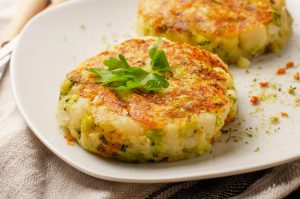 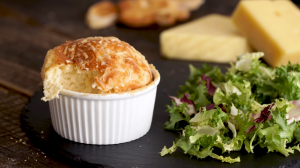 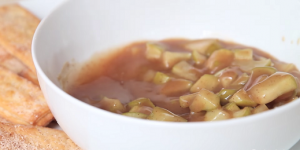 This apple pie dip has the same flavorful taste of an apple pie in a dip form. Best served with cinnamon sugar tortilla chips for snacks or breakfast. 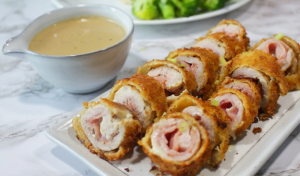 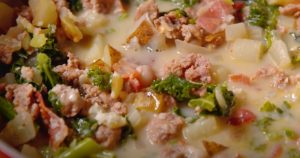 Our creamy zuppa toscana is a scrumptious Italian soup loaded with tasteful gnocchi, sausages, and kale. Cook this up in just 30 minutes.
Comments