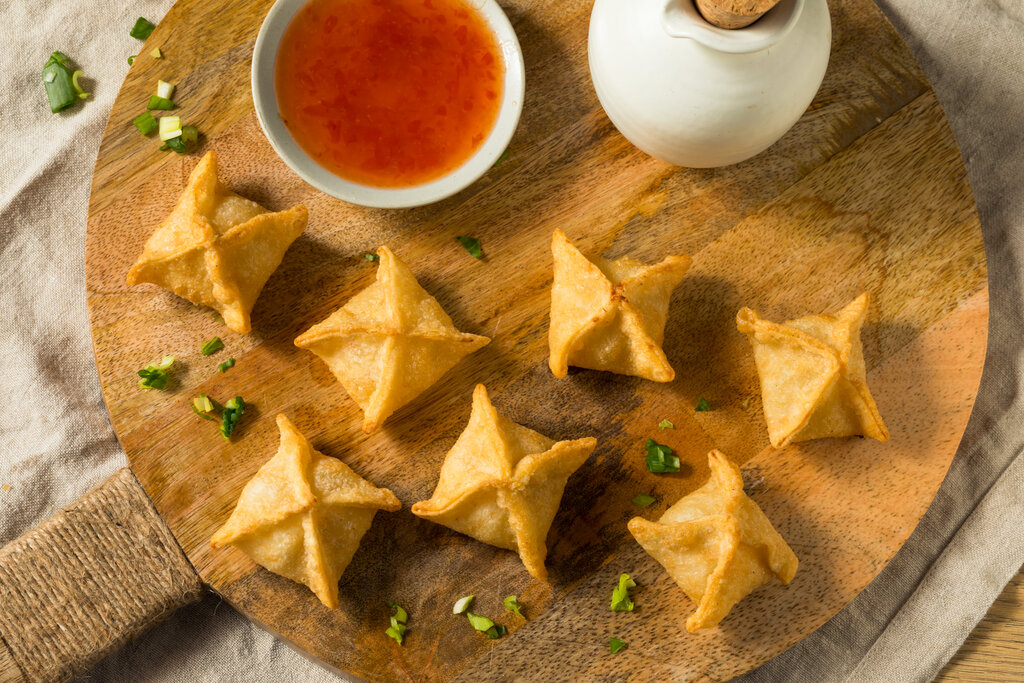 Making cream cheese rangoon is really simple. You’ll only need about 4 ingredients with garlic powder as an optional seasoning. First step is to make the delicious creamy stuffing; simply mix the cream cheese and scallions in a bowl. After that, place about a teaspoon of it on each of the wonton wrappers. To seal the wrapper, make sure the rangoons end up looking like a star. Bring each opposite corner to the middle and pinch it shut.

Remember to keep the star shape, don’t just fold and seal in half. The shape makes it stand out from the rest of the appetizers, and it’s also to distinguish it as a fried rangoon. I sealed the corners tightly using an egg wash, and then they were ready for deep frying! You can also cook these using an air fryer, if you have one.

After they turned golden brown, I removed them from the hot oil, waited for a few minutes, and then started munching on them. I also had a dipping sauce to pair with these cream cheese rangoons. Panda Express pairs it with a sweet and sour sauce which is what I made to really complete my homemade Chinese takeout. I really enjoyed the delicious crispiness of the wonton and its contrasting creamy stuffing. I had some leftovers after I shared some with my friends. Fortunately, they keep well in the refrigerator so I stored them inside an airtight container, which makes it easy to take them out for reheating.

Recreate the famous Panda Express cream cheese rangoon with this simple recipe. Filled with cream cheese and scallions, you’ll love every crispy and creamy bite of this Chinese restaurant appetizer.

1
2
3
4
5
This Creamy Bacon Mushroom Thyme Chicken is a dish loaded with tender-cooked chicken in a creamy and well-spiced sauce with crisp bacon and mushrooms.
35 mins 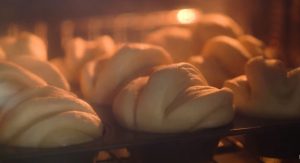 1
2
3
4
5
These butterflake rolls are beautiful golden pieces of bread that make an impressive side. They’re made with buttered dough, baked into light, fluffy rolls.
2 hrs 20 mins 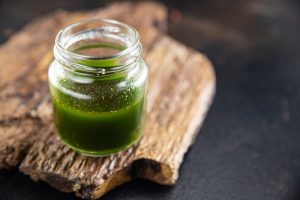 1
2
3
4
5
This is one of the easiest recipes we have. Simple basil oil can turn any dish whether salads or crusty slices of bread into a flavorful and aromatic meal.
15 mins 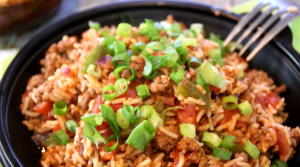 1
2
3
4
5
Tender shredded chicken, soft pinto beans, and Spanish rice makes up this hearty and filling fajita chili meal! Whip up a serving in just under one hour.
35 mins 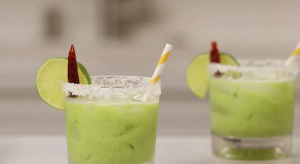 1
2
3
4
5
Skip your usual cocktail and try these avocado margaritas. The creaminess of the avocado provides a nice contrast to the fresh tangy lime juice.
5 mins 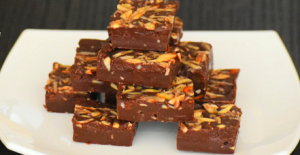 1
2
3
4
5
Sticky and chocolatey, this caramel chocolate fudge is made with just five ingredients and whipped up in the microwave, to yield a sweet-salty snack!
6 hrs 10 mins 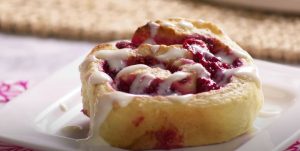 1
2
3
4
5
These raspberry swirl rolls are a fruity and tasty dessert that will melt in your mouth in one bite. Topped with Cream Cheese Icing and raspberry swirls.
2 hrs 30 mins 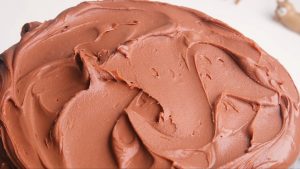 1
2
3
4
5
This sweet chocolate frosting will work deliciously on cakes and other baked goods! It's made with just four ingredients, and takes only 20 minutes.
20 mins 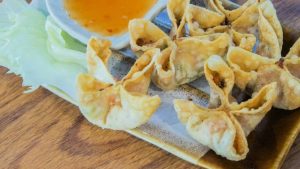 1
2
3
4
5
These puff pastry appetizers are filled with all the good stuff, including spinach, bacon bits and feta.
30 mins 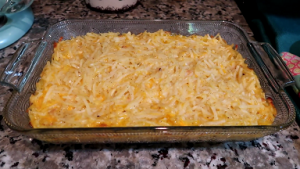