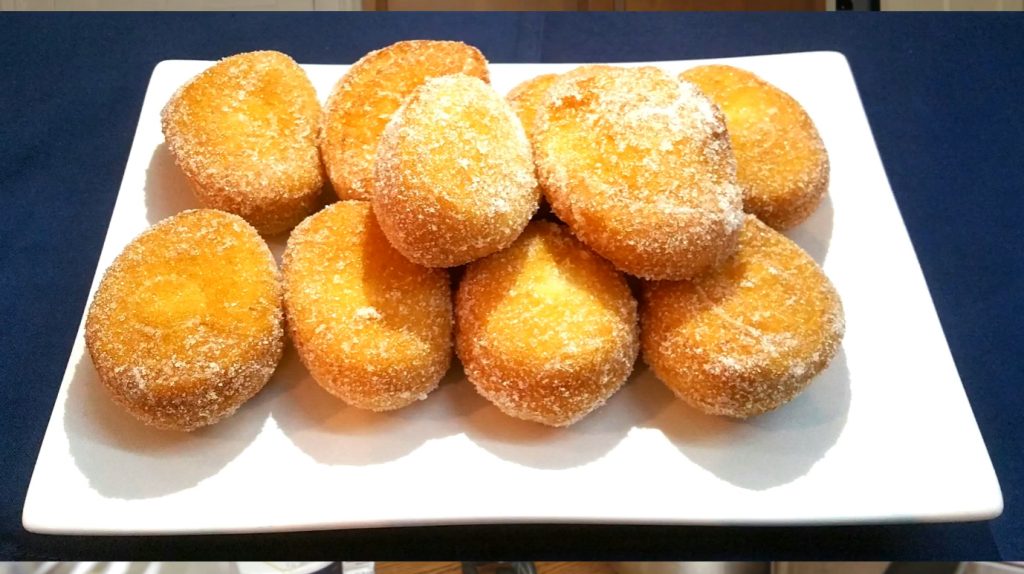 I’ve been to a lot of buffets, and my favorite is always the Asian cuisine section. There’s just so much more variety in terms of food and flavor. That’s why I spent a lot of time at that Chinese buffet table choosing different kinds of food ranking from spicy to savory. After I had my hefty meal of mostly Chinese food, I tried out their dessert table next. And, honestly, there was this one dessert that caught my interest so much that I just kept returning to get more. These were the soft and fluffy Chinese donuts that had a delicious sugar coating.

It was a really tasty dessert that completed my whole buffet experience. As soon as I got home, I just wanted to try and recreate that great tasting Chinese doughnut. I did some research about it first, and apparently the ones they served at the buffet were another version of a Chinese donut. The traditional kind is actually called a youtiao or Chinese fried dough. It’s a bit similar to churros or crullers, and is also considered as a Chinese breakfast favorite.

I’ll be sure to make one of those next time since I’m also a fan of churros. But, for now, I wanted the deep fried donuts Chinese style that they served at the buffet. I’ve made homemade donuts before so I’m familiar with some of the ingredients needed for making sweet donuts. For this Chinese donut recipe, I made sure that the ingredients were kitchen-friendly so that you can easily make it at home.

Start off by making the dough, and then use a biscuit cutter to make those perfect round doughnuts. Next is to deep fry the donuts, and wait for them to turn golden brown. After that, generously coat them with granulated sugar to recreate those deliciously sweet Chinese sugar donuts. Feel free to add more sugar coating so that it’s extra sweet and tasty. I let them cool for a little while, and then excitedly munched on them. It was so good that I made another batch of these tasty Chinese donuts to share with my friends.

Recreate a buffet favorite with this deliciously sweet and puffy fried Chinese donut recipe made with simple kitchen ingredients.