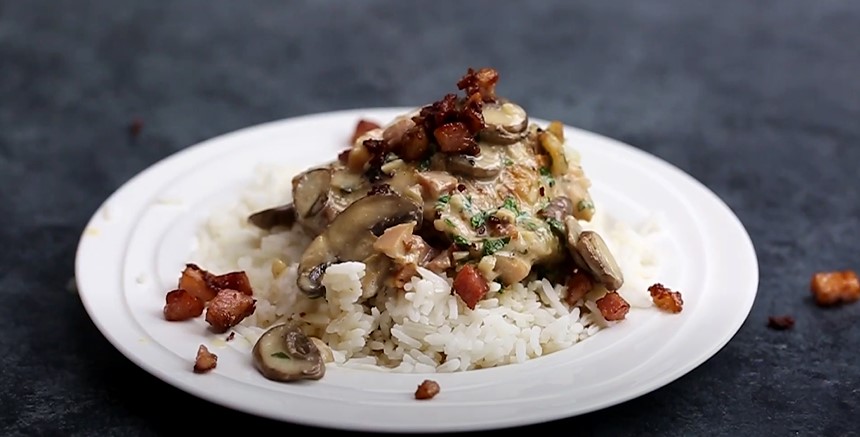 Who wouldn’t love this creamy bacon chicken for a tasty 30-minute bite? It uses mushroom, broth, heavy cream, and balsamic vinegar for a loaded dish. 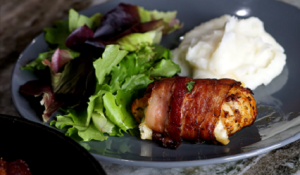 1
2
3
4
5
Tender and loaded with flavor, this Sweet and Spicy Bacon Chicken is made of well-spiced and marinated chicken wrapped in bacon, baked to juicy perfection!
40 mins 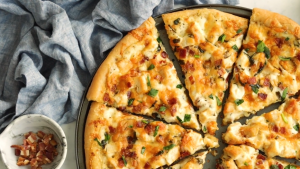 1
2
3
4
5
Whip up a unique and flavorful dinner meal with this loaded chicken alfredo pizza! It's coated in a creamy sauce, and topped with hearty chicken and bacon.
50 mins 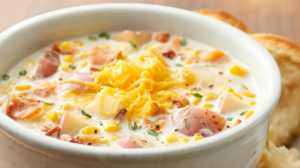 1
2
3
4
5
This creamy chowder is enhanced with chicken and bacon for additional flavor and texture. It's a nice mix of sweet and salty. Try it for lunch and dinner.
8 hrs 15 mins 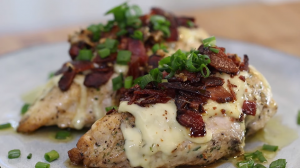 1
2
3
4
5
Turn up the oven and get cooking with this mouthwatering chicken recipe! It's topped with delectable cheese and bacon for a heartier meal.
50 mins 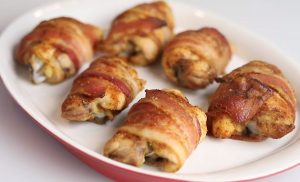 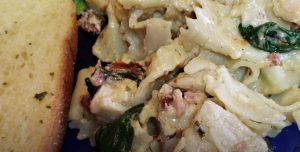 1
2
3
4
5
Rich and cheesy mascarpone pasta is made with crispy bacon, tender chicken, and fresh spinach for a heavenly bite that's served in just an hour.
1 hr 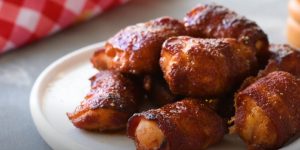 1
2
3
4
5
Bacon-wrapped chicken bites are baked until crisp and flavored with sweet caramelized sugar, chili, and paprika. You won't be able to stop at just one bite.
1 hr 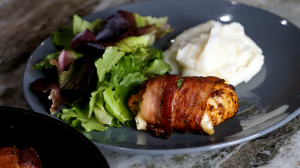 Chicken and Mushrooms with Bacon Recipe

1
2
3
4
5
Prepare a hearty and satisfying dinner with this chicken and mushrooms dish cooked in a rich and creamy sauce with wine and broth.
45 mins 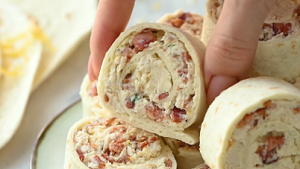 1
2
3
4
5
Sliced tortilla are filled with a creamy and savory mix of chicken, cream cheese, and bacon to make these ranch pinwheels, a easy and tasty appetizer.
15 mins 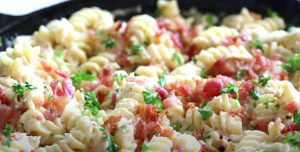 Meaty yet creamy, this chicken bacon ranch pasta is a must-try. The meats and the pasta are coated in a creamy cheddar sauce. 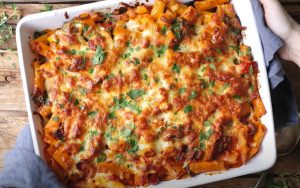 Chicken and Mushrooms with Bacon Recipe

Bake vs Broil: Differences to Know