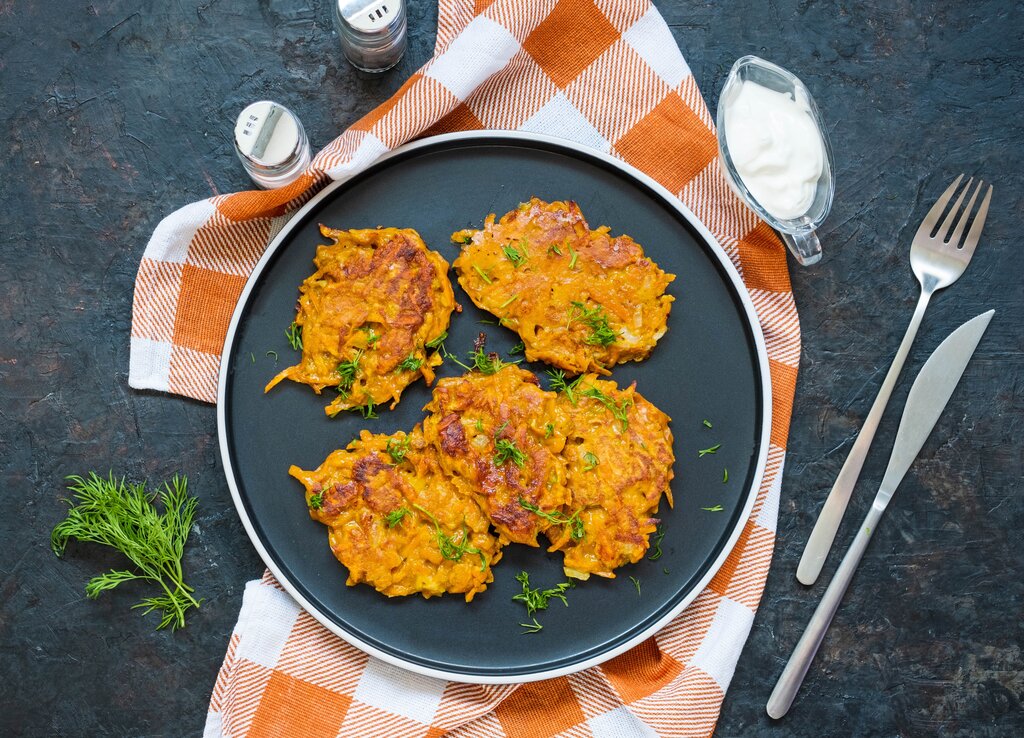 Celebrate Hanukkah with this classic sweet potato latkes recipe. Also sometimes called sweet potato pancakes, these are shaped into pancakes when fried. It’s a traditional and festive dish that’s usually made from shredded potatoes, flour, onion, and other seasonings. There are creative ways to upgrade this traditional dish like adding zucchini and lemon juice into the mix. You get a delicious serving of sweet potato zucchini latkes that are bursting with crispy goodness. Complete your Hanukkah meal with other classic Jewish dishes like a passover spinach casserole or matzo ball soup.

Sweet potato latkes are easy to make and fun to prepare. That’s why we’re here to give you some helpful tips on how to make your latkes extra delicious for the Hanukkah season.

How To Make Sweet Potato Latkes

This zucchini and sweet potato latkes recipe is a wonderful and creative take on the traditional Hanukkah potato latkes dish. It’s an easy recipe that brings out the savory and sweet goodness of these potato pancakes.

Why are my latkes falling apart?

Many factors can affect the structure of your sweet potato latkes. They might be falling apart because they don’t have enough flour which is an essential for binding. Another reason can also be that your mixture is too wet and needs to be wrung out properly. Too much moisture won’t make the latkes hold together.

Can sweet potato latkes be made ahead of time?

Yes, you can make these delicious sweet potato latkes ahead of time especially when you’re preparing them for the holiday season. You can start combining the ingredients and then shaping them. Line them up on a cookie sheet, and then place them inside the refrigerator until you’re ready to fry them.

Can you freeze latkes?

Yes, you can freeze cooked latkes but they won’t be as fresh. If you have some leftover latkes, arrange them on a cookie sheet with parchment paper and cover them with foil. Place inside the freezer until they are frozen. Then, transfer each latke into a freezer-safe zipper bag. Stack them up and store them again in the freezer. When ready to consume, bake them for about 20 minutes in the oven. 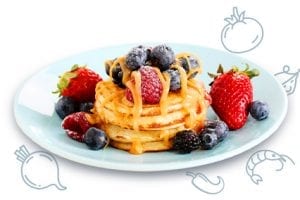 This sweet potato latkes recipe is a wonderful sweet and savory dish to serve during Hanukkah or even throughout the year. Serve with other delicious Jewish dishes for a full gastronomical experience.
Share:
Submit Your Own Recipe 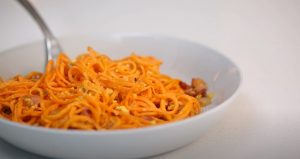 1
2
3
4
5
Serve an appetizing side with these sweet potato latkes, tossed with scallions and garlic, then cooked until crisp and golden.
30 mins
Comments