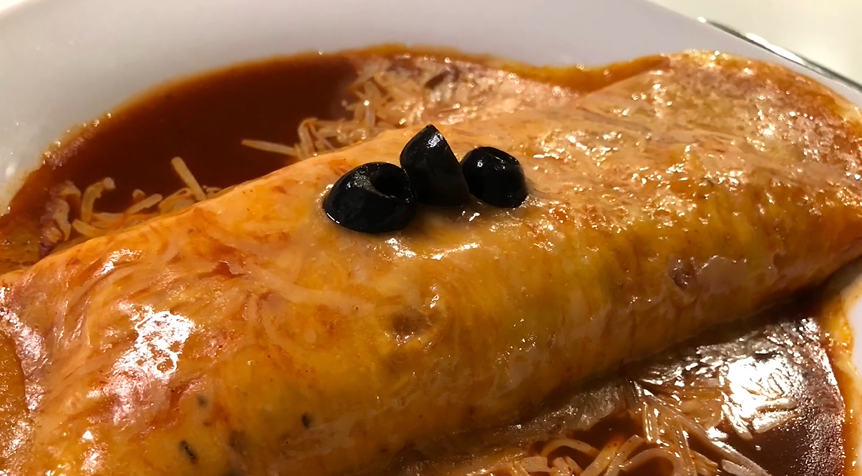 The famous Taco Bell enchirito combines two of my favorite Mexican recipes: burrito and enchilada. It was always such a delight to eat one of these back in the day. These enchiritos are like burritos because the delicious seasoned ground beef, refried beans, and chopped onion fillings are wrapped in tortillas. And then, they’re smothered and topped with a flavorful red sauce, cheese, onions, and black olives similar to Taco Bell enchiladas. That’s why these enchiritos were also called a Taco Bell smothered burrito.

Unfortunately, the Taco Bell enchirito was discontinued back in 2013. But it’s now part of their secret menu so if you’re lucky, then they might make one for you! It was one of those Taco Bell menu favorites that kept coming back and changing over the years. So when I heard that it officially left the menu, I wanted to try my hand at recreating it. Making this fast food favorite requires a lot of herbs and spices for seasoning the lean ground beef, and for making the red sauce. But it’s not so difficult to do! It’s actually really fun, and I could always freely adjust the amount of beef or sauce I add to my enchirito.

All of the herbs and spices used are kitchen friendly, and the other ingredients are also easy to find. I used flour tortillas for the wrap, but you can also use a corn tortilla as a substitute. You would also need refried beans to spread and add flavor to the dish. The first time I made enchiritos, I cooked my own refried beans since I wanted a more homemade and authentic taste on my enchirito. But, of course, feel free to buy those canned refried pinto or black beans instead to save time in cooking and preparation.

After I finished cooking the beef and making the red sauce, it was time to assemble the enchiritos. I added the refried beans and beef, rolled it into a burrito, and then covered it with the rich and savory sauce, cheddar cheese, chopped onions, and black olives. Be sure not to skip out on this copycat enchilada sauce! It’s definitely the finishing touch on this delicious wrapped dish. I also included the olives since it was in the original Taco Bell enchirito before they made a couple of changes and removed the olives on top.

I had a fun time eating these delicious enchiritos that I added to my list of favorite copycat recipes. I’m definitely going to make more of these next time I’m having a Tex-Mex themed party with my friends!

Recreate the Taco Bell enchirito in your kitchen and revel in the rich red sauce enveloping the flour tortilla stuffed with ground beef and refried beans. 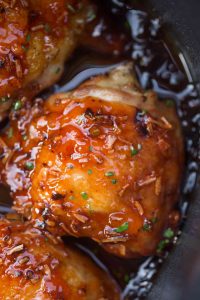 The sweetness of apricot contributes to the well-roundedness of this apricot chicken dish and balanced with French dressing, spices, and tender chicken.
4 hrs 7 mins 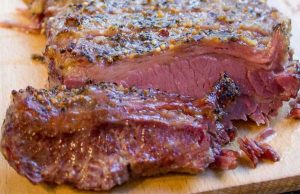 Prepare this corned beef that is tender on the inside and with crispy, crackling skin and rich flavors from the foolproof mix of vinegar and soy sauce.
9 hrs 5 mins 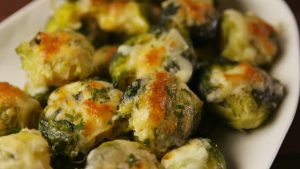 These caramelized and roasted garlic Brussel sprouts provide a sweet and earthy taste that complements the sweet and salty flavor of the Mozzarella cheese.
40 mins 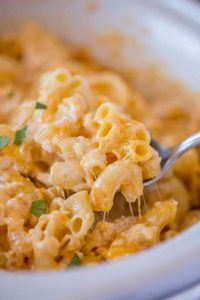 Making mac and cheese using a slow cooker produces a tender and creamy pasta dish with a well-rounded sweet and salty taste from two types of cheese.
1 hr 35 mins 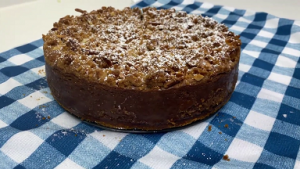 Indulge yourself with this velvety and crunchy cheesecake! It's got delicious bites of chocolate, almonds and coconut to taste just like Almond Joy bars.
7 hrs 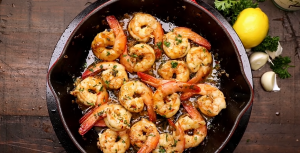 Whip up a serving of this buttery shrimp scampi for your next dinner party. This white wine and butter infused dish takes only 10 minutes to make.
10 mins

Enjoy this vegetarian twist to the classic Caesar salad. Crisp lettuce is served with a dressing of sun-dried tomatoes and grated parmesan.
30 mins 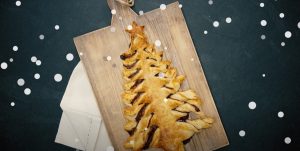 Make your Christmas party more festive with this Nutella Christmas tree! It's made with churro pastry and loaded with tasty Nutella for a decadent treat.
40 mins 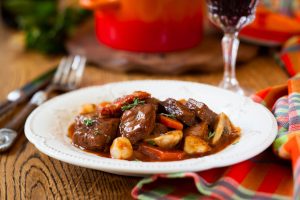 This French dish is known for using red wine as the sauce for the beef stew which will result in a tender, moist, and umami-filled when cooked in a slow-cooker.
8 hrs 20 mins 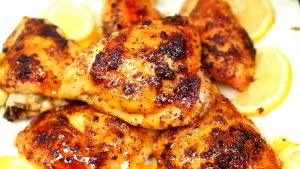 These chicken thighs slathered with a delectable lemon garlic butter makes the perfect dinner meal! It's a one pan meal that you can whip up in no time.
50 mins 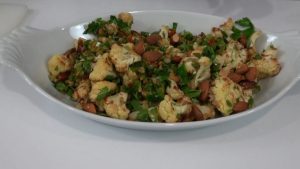 This roasted cauliflower and freekeh recipe is served with a garlicky tahini sauce. It is a rich vegetarian meal inspired by Middle Eastern cuisine.
45 mins 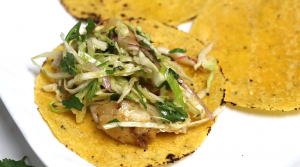 Give your coleslaw a refreshing twist. This Mexican coleslaw recipe is loaded with black beans, corn, jalapeno, and red pepper tossed with zesty dressing.
16 mins
Comments