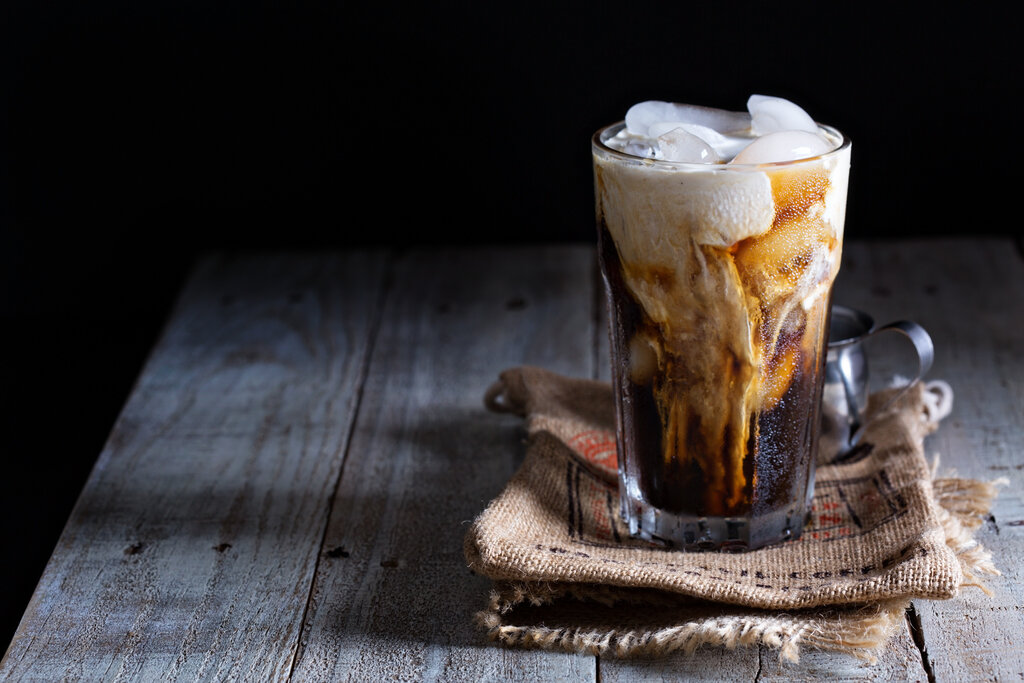 Cocktails are one of my favorite alcoholic drinks. There’s just always something new and exciting about the flavors of a cocktail drink. I like how the liquor blends well with the other added ingredients like fruit juices, cream, syrup, or even flavored liqueurs. Aside from that, I also love the creative and quirky names of the drinks. It adds charm to the whole cocktail which makes them even more appealing (and fun!) to sip on. This is why the colorado bulldog cocktail ranks among the top of my faves.

I enjoyed making this drink for my friends during my night-out with them. That’s why I’m sharing with you my colorado bulldog recipe. It’s hard to judge what the mixed drink is just by its name. But, basically, it’s quite similar to a white russian and black russian drink, but with an added fizzy flair!

The highlight of this drink is the cola which beautifully contrasts the finishing cream top of the whole cocktail. From afar, this colorado bulldog drink looks a bit like a root beer float with its dark base and creamy topping. By the way, adding the cream to the coca cola may cause it to curdle, but that’s totally okay! All you have to do is to stir it until it’s properly mixed.

The dark colored base is made from mixing Kahlua and coke with vodka. With the coffee liqueur, the cola and the vodka were really balanced out and tasted amazing. I mixed all of these ingredients together in an old-fashioned glass with some crushed ice. Although, feel free to use a highball glass, or a tall Collins glass. You won’t need a cocktail shaker for this colorado bulldog; simply use a straw and stir!

As you can see, this colorado bulldog drink recipe pours equal amounts of vodka, coffee liqueur, and cream into the drink for a more balanced taste. It also gives enough space for the cola’s bubbly and sweet flavors to mix with the other ingredients. You can even add toppings like some maraschino cherries or ice cream for added sweetness and variety.

A fizzy and creamy 3-minute drink, the blend of vodka, coffee liqueur, and cola in this colorado bulldog cocktail tickles your taste buds.