Turn that classic creamy dip into a delicious cheese ball to snack on with this spinach artichoke ball, loaded with cream cheese, feta, and ranch seasoning! 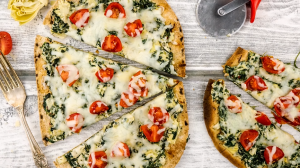 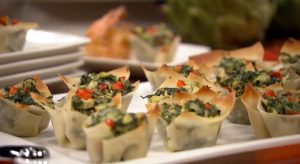 Wonton wrappers are filled with a creamy vegetable and cheese filling for these spinach artichoke cups to make delicious bite-size appetizers. 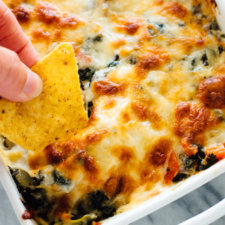 Our recipe for artichoke dip is a real crowd-pleaser for any big party! It's loaded with tasty spinach and creamy yogurt and cheeses for a savory dip. 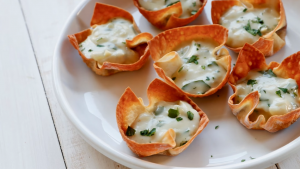 Adding an Asian flair to a classic combination, these spinach artichoke wontons are enriched with a combination of various cheeses and then deep-fried.

This low carb spinach artichoke chicken recipe will be another hit on your family dinner made with fresh spinach, soft artichokes, parmesan, and garlic. 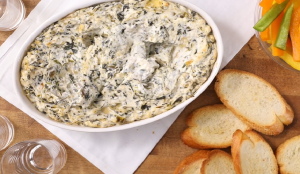 This spinach artichoke hummus recipe gives you a mild nutty flavor that blends well with any salty food that you dip with it. 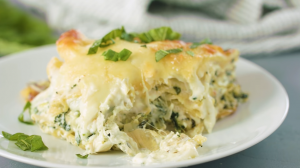 This spinach artichoke lasagna is a healthier version of the classic Italian dish. It's bursting with flavors from the greens, tomatoes, and cheese! 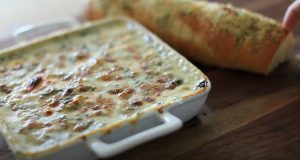 Impress your dinner guests with a creamy serving of our spinach artichoke dip! It's rich, tasteful, and takes only 30 minutes to make. 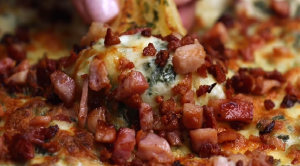 Pair snacks and appetizers with this rich spinach and artichoke dip made with Italian cheese blend and cream cheese topped with crisped bacon.

These artichoke enchiladas are made with black beans, sour cream, and cheese on top drizzled with a flavorful homemade red sauce for a complete meal. 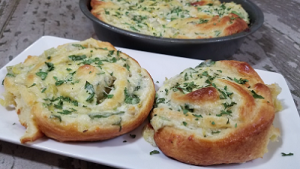 Try out this creamy, spinach artichoke-filled pinwheels for your next afternoon snack! Whip up these flavorful bites in just 15 minutes.
Comments