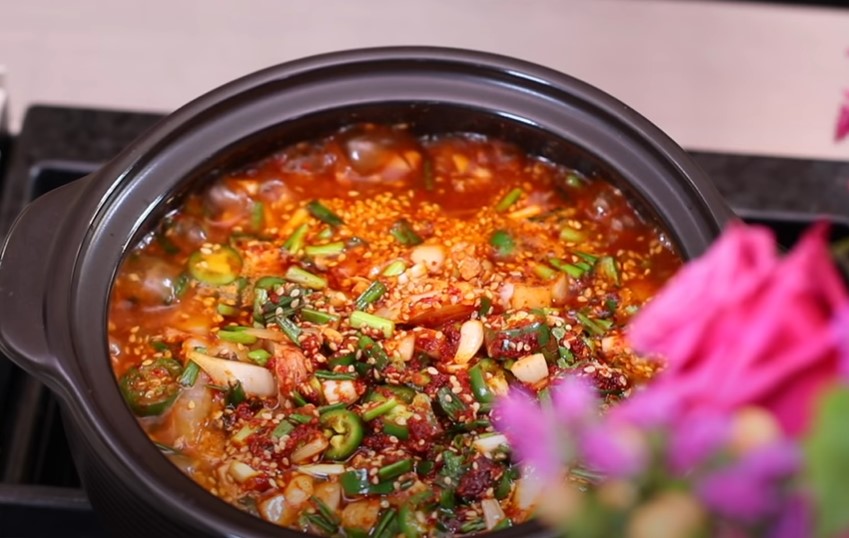 How To Make Korean-Style Seared Tuna

Savor a bite of this seared tuna that is simmered in a tasty Korean-style sauce made of sesame oil, soy sauce, and garlic, for a delectably filling meal! 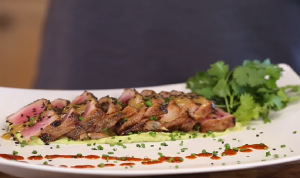 1
2
3
4
5
Prepare yourself for some strong kick from wasabi butter sauce on this seared tuna salad. Try this recipe at home. Your taste buds will thank you!
30 mins 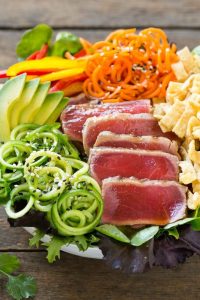 1
2
3
4
5
For this ahi tuna salad, ahi tuna is lightly seared then mixed with mixed greens, cucumber and carrot noodles, avocados, and peppers.
21 mins 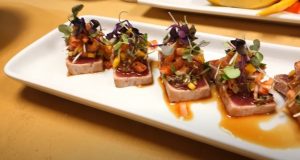 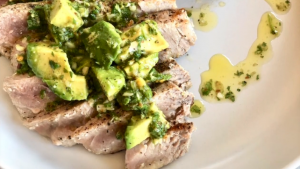 1
2
3
4
5
Salsa verde is a pungent Italian sauce made with capers, parsley and anchovies. It stands up nicely to the meaty tuna steaks, while serving as a perfect foil for the mild avocado.
25 mins 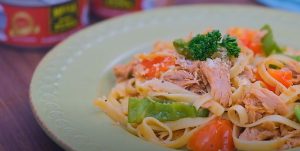 1
2
3
4
5
Crispy on the outside, and soft on the inside seared tuna is served atop tender linguine coated in a salty tapenade sauce, for a filling dinner meal!
25 mins 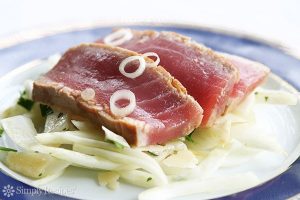 1
2
3
4
5
Perfectly seared and seasoned, this sesame crusted tuna is an Asian-inspired dish that balances the delicate flavors of the ocean with ginger and chili.
45 mins 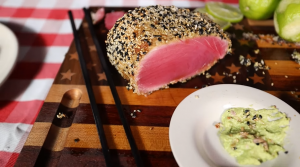 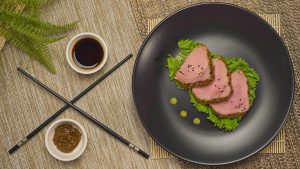 Tuna steak topped with wasabi and ginger glaze makes a great main dish for dinner. Have this dish with rice or potatoes for a tasty and filling dinner. 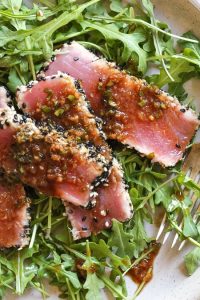 1
2
3
4
5
Top your arugula salad with this yummy crusted tuna steak! A pan-seared dish that has a sesame crust and drizzled with soy vinaigrette before serving.
18 mins 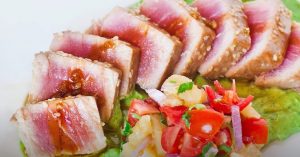 1
2
3
4
5
Packed with olives, peppers, and the sharp flavors of thyme, this Mediterranean rice salad is tossed in mustard vinaigrette for a bright, flavorful dish.
24 mins
Comments