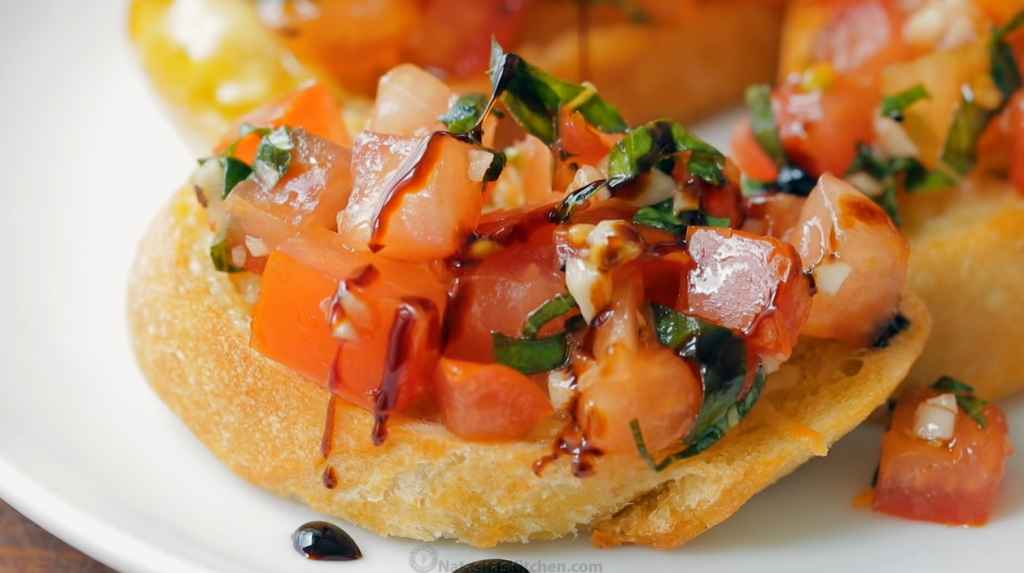 Whip up your own homemade canape loaded with rich garlic and tomatoes! They make the perfect savory appetizers for any party gathering. 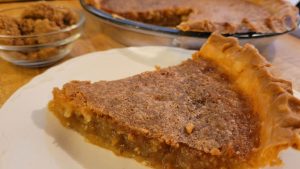 This Canadian sugar pie recipe hails from the regions of Quebec. It's easily prepared for 10 minutes and comes out from the oven moist and delicious. 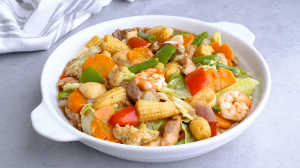 Unlike your traditional chop suey dish, this Canadian-style version makes use of pasta tossed with mushrooms, Italian sausages, tomatoes, and bell peppers. 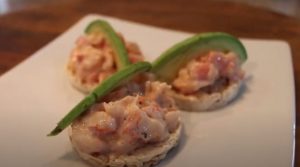 These elegant, bite-sized shrimp salad canapes are sure to bring some flair to your dinner party. Pair it with some endive for some freshness. 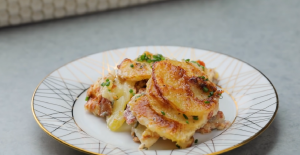 This loaded swiss chard gratin is packed with hearty flavors of Canadian bacon, tender potatoes, and gooey Gruyère, for a belly-filling dinner meal! 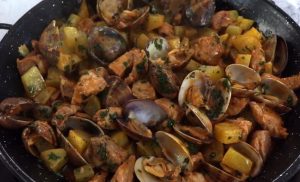 This cataplana stew is a Portuguese dish made with browned sausage and clams in a flavorful mix of wine, clam juice, and spices. 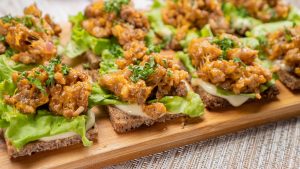 These cocktail rye bread appetizers are a meaty and cheesy dish for your guests. 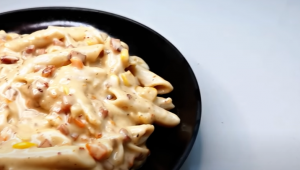 Loaded with juicy Canadian bacon, gooey mozzarella, and coated in a luscious tomato sauce; this penne pasta makes a rich and belly-filling meal! 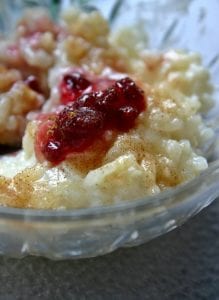 This Canadian maple rice pudding recipe is a filling dessert. sweetened with maple and brightened up with nutmeg, cinnamon, and cloves for a rich flavor. 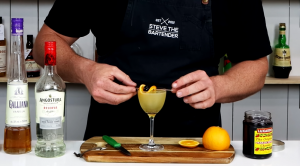 The Italian canary is an easy-to-make and refreshing drink. All you need are simple ingredients and of course, don't forget the ice! 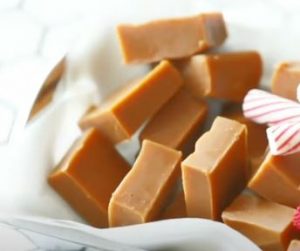 Caramel candies are one of the easiest candies out there! Each soft and chewy piece is made with brown sugar, cream, butter, and a hint of vanilla. 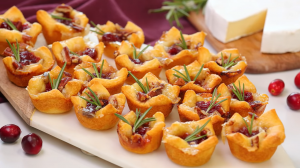 Whip up a delectable appetizer with these cranberry brie canapes made with crisp phyllo sheets and a sweet topping that brims with rosemary vanilla flavors. 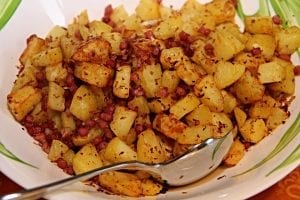 It's the morning after Thanksgiving and you're probably in-charge of breakfast. With some leftovers from dinner, you can make this easy bacon hash recipe.
Comments