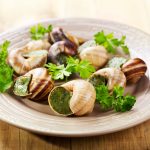 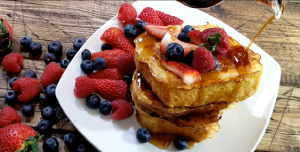 You can't go wrong with this Denny's-inspired French toast for a sumptuous start to your day. Enjoy a moist bite in these custard-soaked fried Texas toasts. 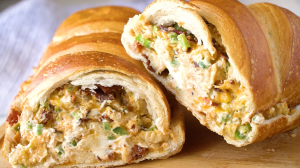 Enjoy a flavorful sandwich in this 5-ingredient chicken French recipe that uses shredded chicken, cheese, and ranch dressing, stuffed in a French bread.

These Air Fryer Frozen French Fries come out exactly like your favorite fast food fries! They are crispy, golden on the outside and perfectly soft on the inside. So much better than frying or baking! 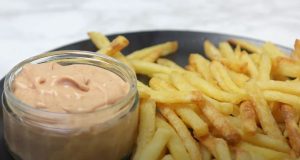 If you love french fries, then you'll love this extremely simple recipe that requires just potatoes, safflower oil, and salt to make a classic snack. 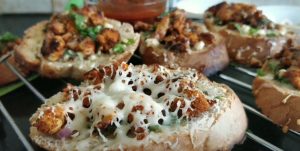 This French bread recipe has a delicious barbecue chicken topping that features avocado, cilantro, cheese, and ranch dressing, too. 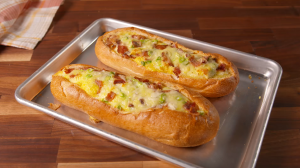 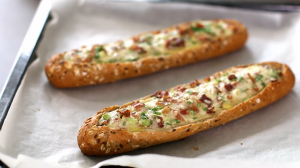 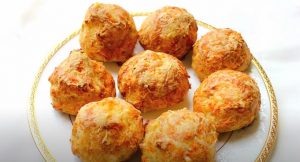 Gougères are savory cheese puffs made from pâte à choux with a generous amount of cheese folded in. Slightly warm, with a crisp shell and a cheesy interior, they're the perfect little bite to serve with sparkling wine or cocktails. 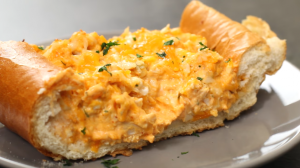 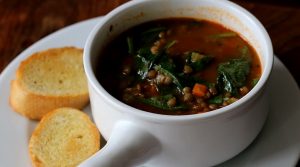 Chockfull of vegetables and bacon, this lentil soup is a hearty and healthy meal unto itself. 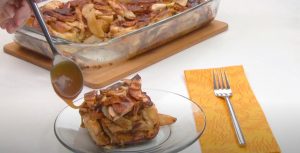 A lovely mash-up of French toast and apple pie, this prep-ahead baked apple French toast has all the makings of a special holiday brunch dish. 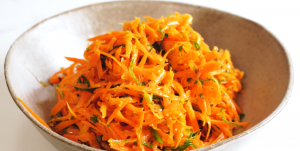 Have a taste of French flavors through this grated carrot salad. The crisp veggie is tossed with a sweet-tangy lemon and dijon dressing. 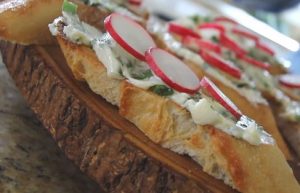 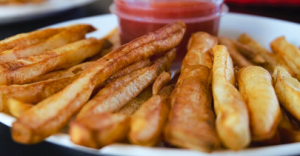 It's the era of the air fryer and what better way to incorporate this than to make crispy air fryer french fries? They're simply crisp and flavorful. 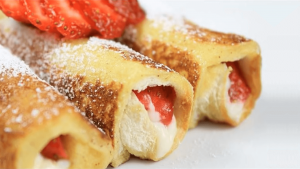 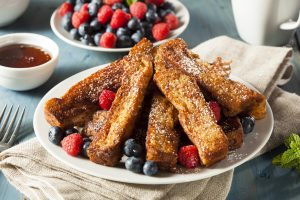 These French toast sticks are portable goodies that come seasoned with a sweet and warm cinnamon-sugar dusting! Whip this up in less than one hour. 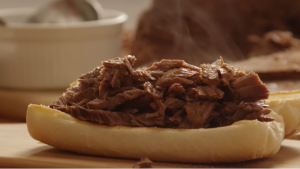 Satisfy your craving with this delicious slow cooker sandwich filled with caramelized onions and melted cheese. Made more exciting with a sauce. 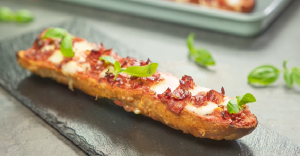 This French Bread Pizza Caprese recipe only calls for less than 10 minutes and 5 ingredients to make a healthy and delicious vegetarian-friendly meal! 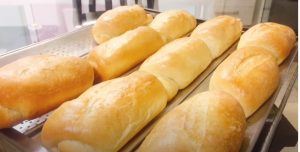 This French roll recipe serves chewy and soft bites that are made with simple and pantry-accessible ingredients, for fluffy pieces of bread. 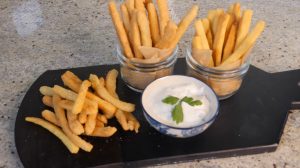 You won't be able to tell the difference with this recipe for keto french fries. They're tasty and crispy even without using actual potatoes.