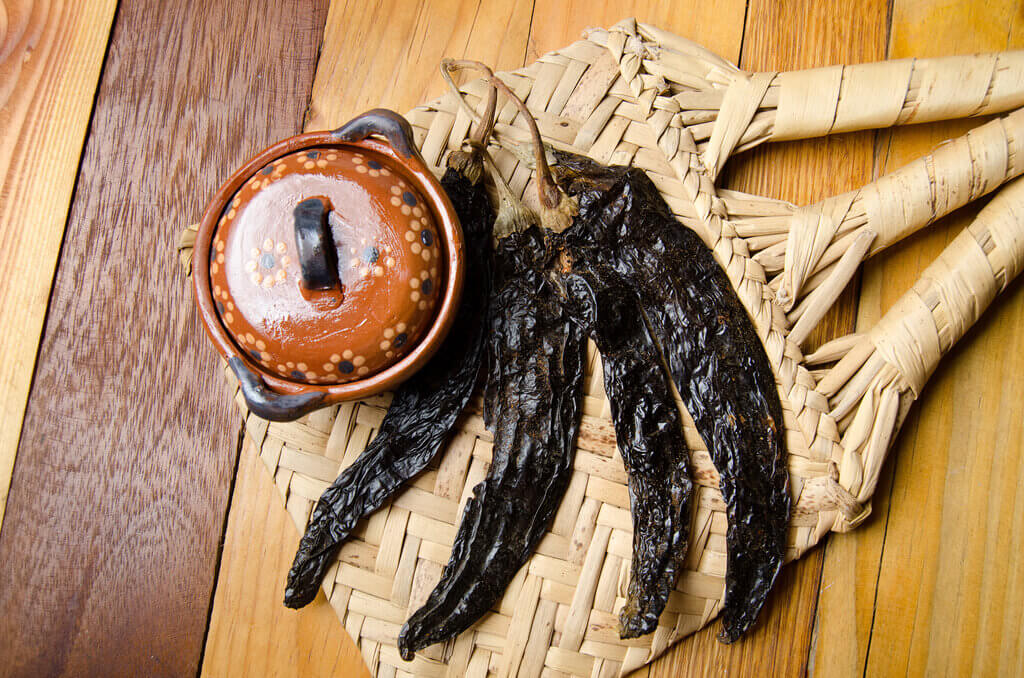 Pasilla Peppers: Everything About This Mexican Chili
Table Of Contents
'

What makes Mexican cuisine great is the spice and appetizing heat that its dishes bring. Typically, Mexican food is like a balancing act of spices, using both fresh and dried chili peppers that add not just heat but also depth in flavor to many dishes. One of the most commonly used spices in Mexican cooking is pasilla peppers.

These alongside, ancho chiles and guajillo peppers, comprise the holy trinity of Mexican chili peppers (sometimes including mulato peppers). The combined flavors of these chiles are an essential foundation for your favorite mole or adobo sauce. In this article, you’ll discover how pasilla peppers differ from the others, how to use them, their substitutes, and more!

What Are Pasilla Peppers?

Pasilla peppers, or chile pasilla, are basically the dried version of chilaca peppers. When ripe chilaca peppers are dried, they become pasilla peppers. Pasilla means “little raisin” which refers to its dark and wrinkly appearance and deep pruney flavor.  We tend to use these peppers in Mexican and Latin American dishes for their smoky and earthy taste with slight hints of fruitiness underneath.

Why the different names for the same pepper you ask? The difference in names is simply used to distinguish them from one another. Dried chiles have completely different qualities and purposes compared to fresh ones. Fresh chilaca peppers are sometimes called chile negro or black chiles. Despite starting as green, these turn dark brown when ripe. They are elongated in appearance and grow about 6 to 8 inches.

How Hot Are Pasilla Peppers?

In terms of heat, these chiles are relatively mild. This bearable heat level is why most home cooks enjoy using them in everyday recipes. However, the spiciest pasilla pepper still has a bit of a kick as its heat level ranges from 250 to 2,500 on the Scoville scale. To compare, the widely used jalapeño pepper ranges between 2,500 to 8,000 SHU. To put it simply, the spiciest pasilla chili is as hot as the mildest jalapeño pepper.

Since they have a mellow spiciness level, they are often combined with other chiles like poblano and mulato peppers. The mixture of these spices then creates flavors that go beyond heat alone, which is why most complex sauces combine peppers in recipes. Dried chiles are made with mature chilaca peppers and this ripeness can heighten the capsaicin or the compound that makes a chili, spicy. So, you can still expect a bit of a punch when used in your cooking.

How to Use Pasilla Peppers 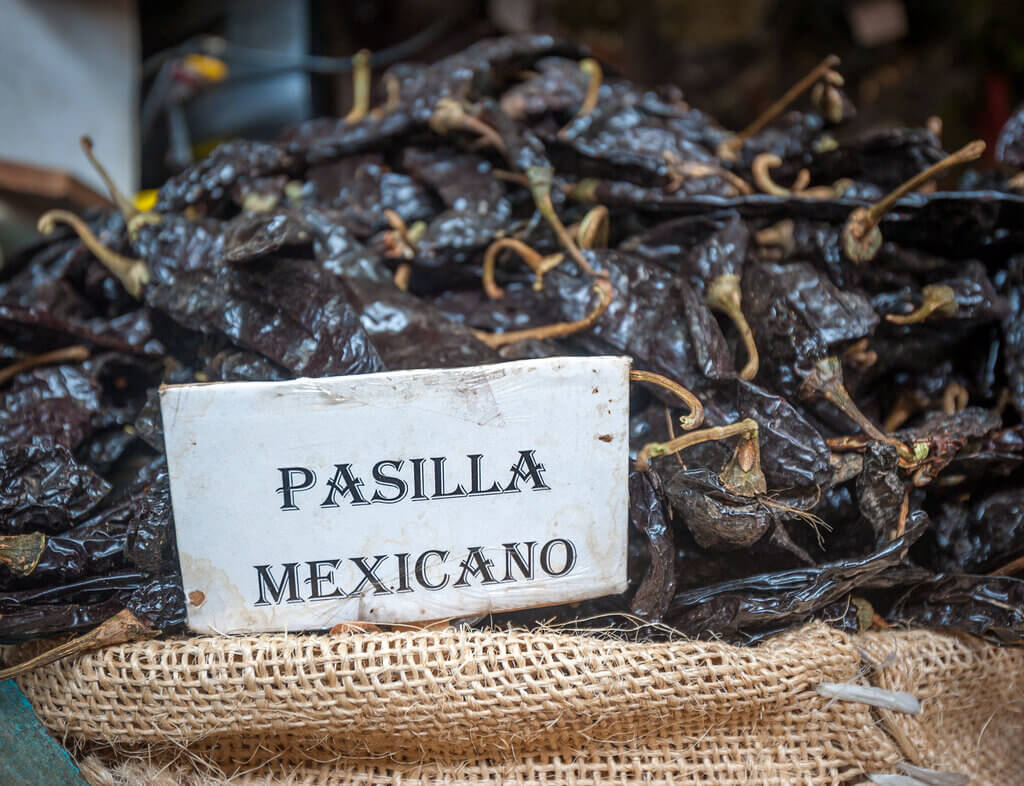 Pasilla peppers are key to authentic mole and adobo sauces. They can be whole, ground, or powdered, and sometimes pureed into a paste for soups and marinades. But regardless of their form, many enjoy using them in Mexican cuisines because of their earthiness and dried-fruit undertones that go beyond the generic heat of peppers.

The dried whole kind can be tough on its own, so it’s best to soak them before pureeing or chopping. But (just like with other dried chiles) give them a quick toast on a dry pan first to boost their flavor. After toasting, soak them in warm water or stock to rehydrate. The next step will depend on the recipe you’re making, but they are often blended to incorporate in soups and sauces.

You can also ground or pulverize these chiles to use as a seasoning. For this, you simply need to cut off the stems and discard the seeds (you can keep them if you want a spicier result). You can use a mortar and pestle or food processor to make chili flakes. However, when making powdered pasilla peppers, you may need to take extra steps. Ensure that there is no moisture left as it could turn clumpy or gummy. You can do this by toasting or drying them further. Pulverize with a spice grinder, and you have a unique seasoning.

This chili goes incredibly well with chocolate flavors like how it is used in mole sauces. But you can also use them in desserts, cakes, or ice creams. If you’re curious how sweet and spice come together, you can start by amping up your hot choco drink or lava cake. 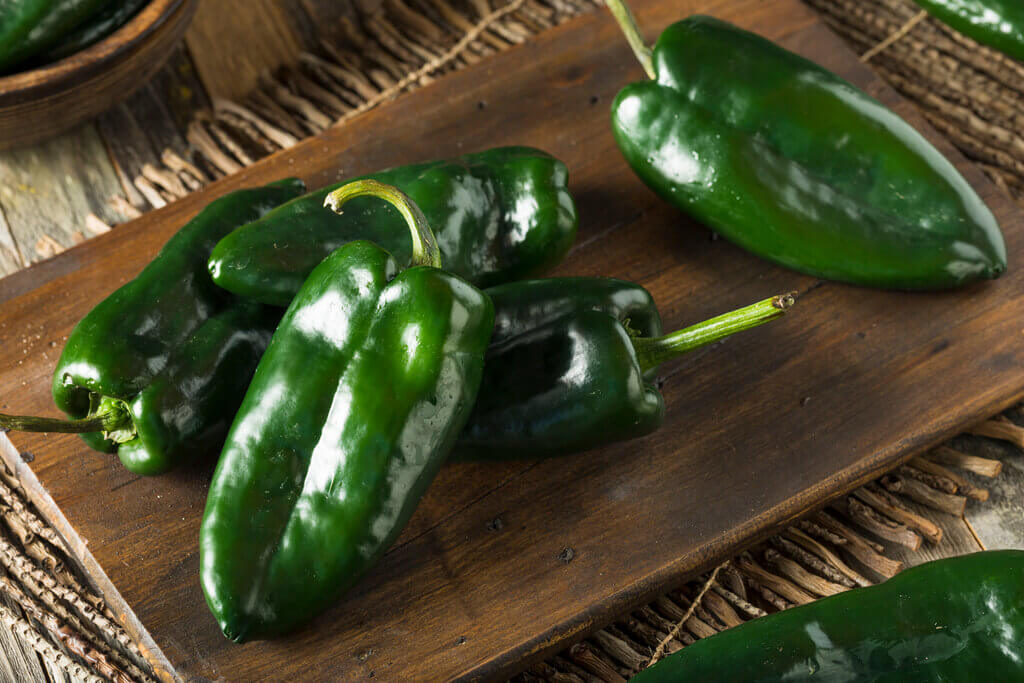 Poblano peppers are dark green in color and 3 to 4 inches long in length.

To tell them apart, the first thing to note is that one is dried and the other is fresh. Second, poblanos are dark green and are only 3 to 4 inches long, while pasillas are dark brown and lengthy in size. Poblano peppers, fresh or dried, are rounder and have a heart-like shape compared to the elongated pasilla peppers. Moreover, pasillas are spicier than poblanos. 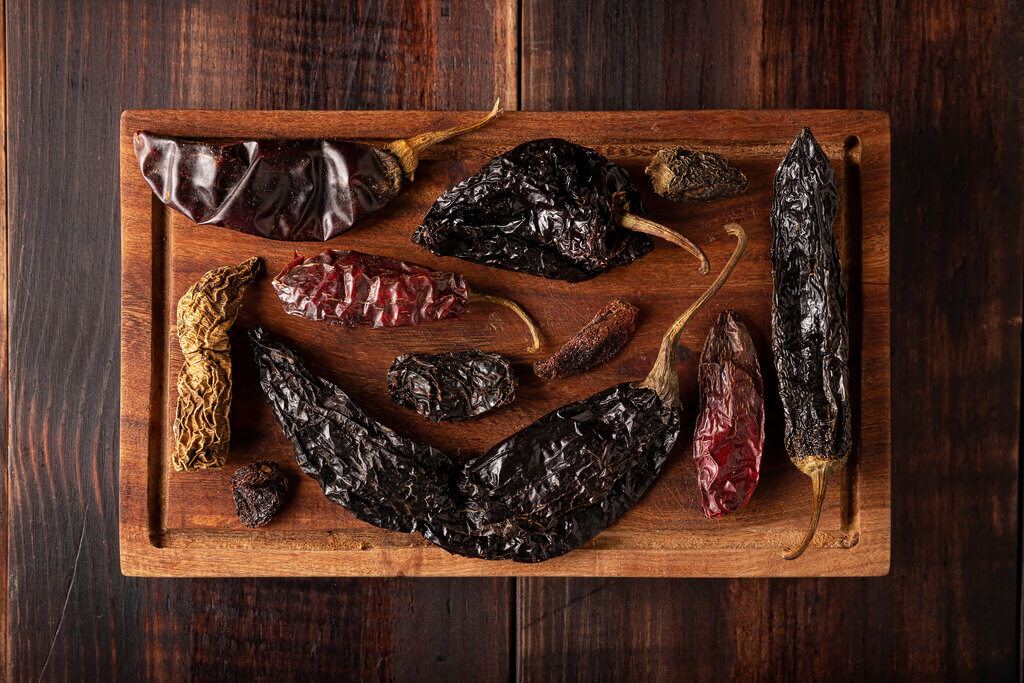 Can’t get a hold of this Mexican dried chili or maybe you ran out of it but need it in a recipe? There are plenty of other condiments that possess the same depth of flavor as pasilla peppers you can use.

Pasilla peppers have a unique smoky, earthy, and berry-like taste that some of the following alternatives capture accurately:

Use Pasilla Peppers in These Recipes 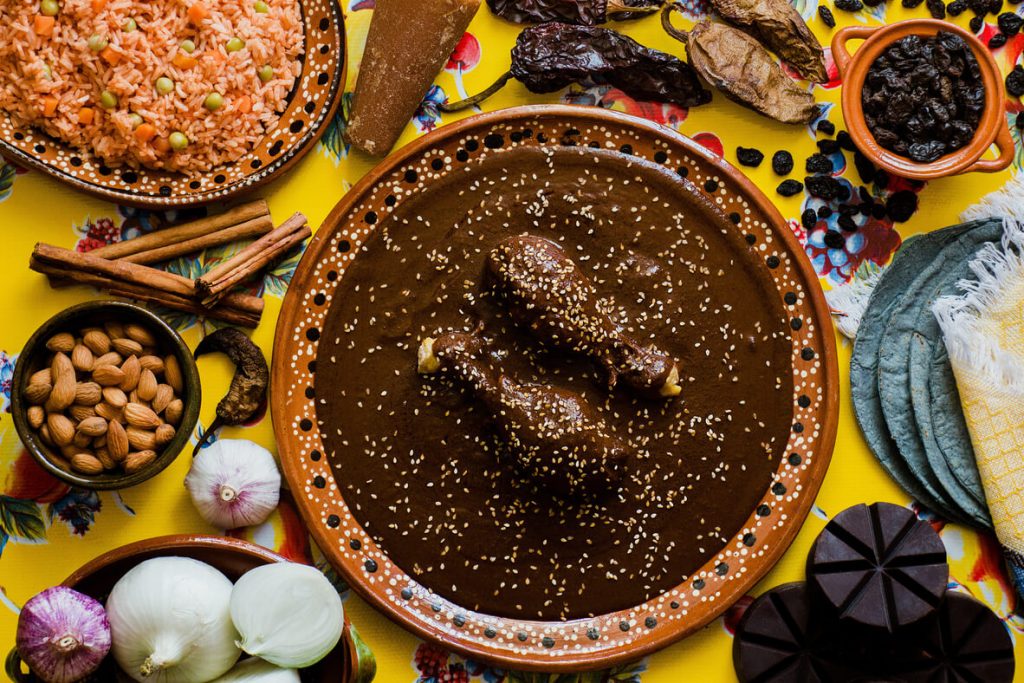 Now that you know all about this versatile Mexican condiment, especially how to use it, here are a few recipes you can try to spice up your meals:

Where to Buy Pasilla Peppers

Pasilla peppers are available in most groceries at the designated Mexican or Latin-American section. However, some stores may mislabel and confuse them with others. When buying these peppers, bear in mind that pasilla peppers are dried chiles. So, do not confuse them with fresh ones or any other fresh chiles. And if you’re in search of the fresh but rarer kind, chilaca peppers, visit Mexican specialty stores or a farmers’ market. You can purchase whole, ground, or powdered chiles online as well. This may be a better option, but the peppers you get may vary in spice level or taste, so check the packaging.

READ ALSO: 6 Reasons Why You Should Shop At A Farmers Market

How to Store Pasilla Peppers

To ensure that your pasilla peppers remain fresh for a longer time, store them in an airtight container. This maintains the quality of your peppers and helps prevent the loss of moisture. When kept exposed, dried chilies may lose their robust nature and shorten their shelf life. We also recommend keeping them stored away from direct sunlight or in a cool and dry space in your kitchen. Additionally, the same treatment is also best for any form of pasilla peppers like ground and flaked ones.

Read Next: What Is Garam Masala and Its Substitutes?