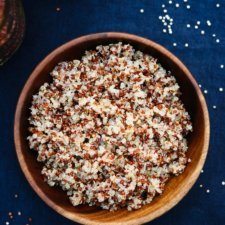 How To Make Basic Quinoa

This quinoa recipe teaches you to make the best, most basic way to prepare this healthy grain. All you need are three ingredients and 20 minutes. 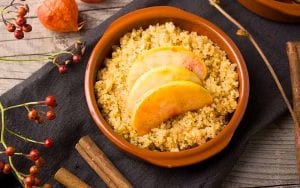 1
2
3
4
5
Start your day right with this Breakfast Quinoa recipe. Packed with nutrients to fuel you for the day, this meal is also a great substitute for rice or oats.
20 mins 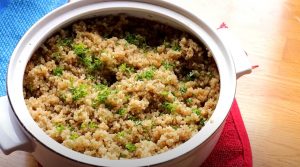 1
2
3
4
5
This garlic cheese quinoa works as a side dish and a complete meal, as the quinoa makes it nicely filling. Garlic & cheese add a great savory quality to it.
1 hr 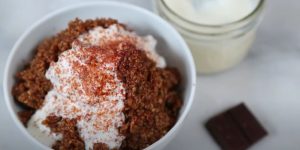 1
2
3
4
5
This chai spiced breakfast quinoa is an easy prep meal that bursts with delicious flavors from cinnamon, ginger, and honey -- not to mention it's vegan!
25 mins 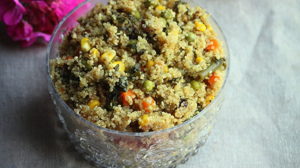 1
2
3
4
5
Make your own instant pot quinoa at home with three simple steps. You can have it as a perfect addition to your salad, bowls, and other meals.
15 mins 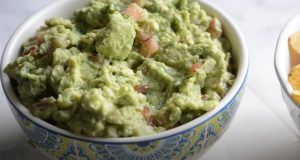 1
2
3
4
5
This flavorful quinoa recipe is just as creamy and refreshing as guacamole! Whip up a belly-filling batch of this quinoa in just 30 minutes.
1 hr 30 mins 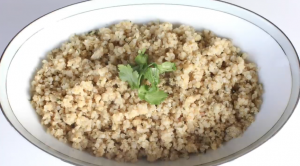 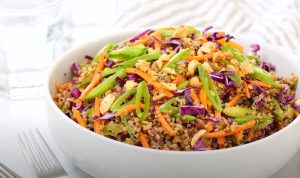 1
2
3
4
5
Put together a light and easy dish with this sunshine slaw. It brims with the healthy flavors of mixed veggies and quinoa tossed in honey-mustard dressing.
1 hr 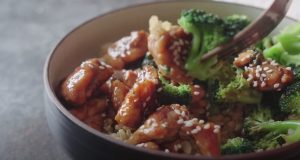 1
2
3
4
5
Turn a simple sauteed sesame chicken into a light yet filling meal with the addition of quinoa, green onions, and olive oil.
15 mins 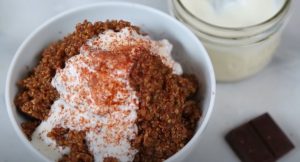 1
2
3
4
5
Whip up this easy cinnamon toast breakfast quinoa made with toasted pecans and coconut oil, sweetened with a dash of maple syrup.
10 mins 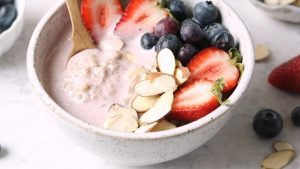 1
2
3
4
5
Enjoy the most important meal of the day with a bowl of our breakfast quinoa loaded with fruits. Easily adapt this recipe with your favorite toppings!
5 mins 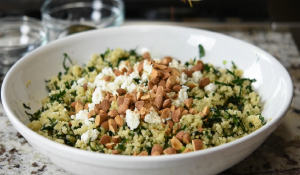 1
2
3
4
5
On the lookout for new appetizer ideas? Try this kale tabbouleh recipe. It’s deliciously refreshing and not to mention, super healthy.
30 mins 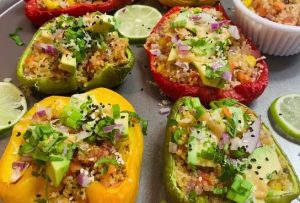 1
2
3
4
5
These smoky and hearty stuffed peppers make the most delish sides! Roasted bell peppers are filled with quinoa, beans, and veggies for a fuller meal.
1 hr 25 mins
Comments

How to Freeze Avocado (With Video Guide!)