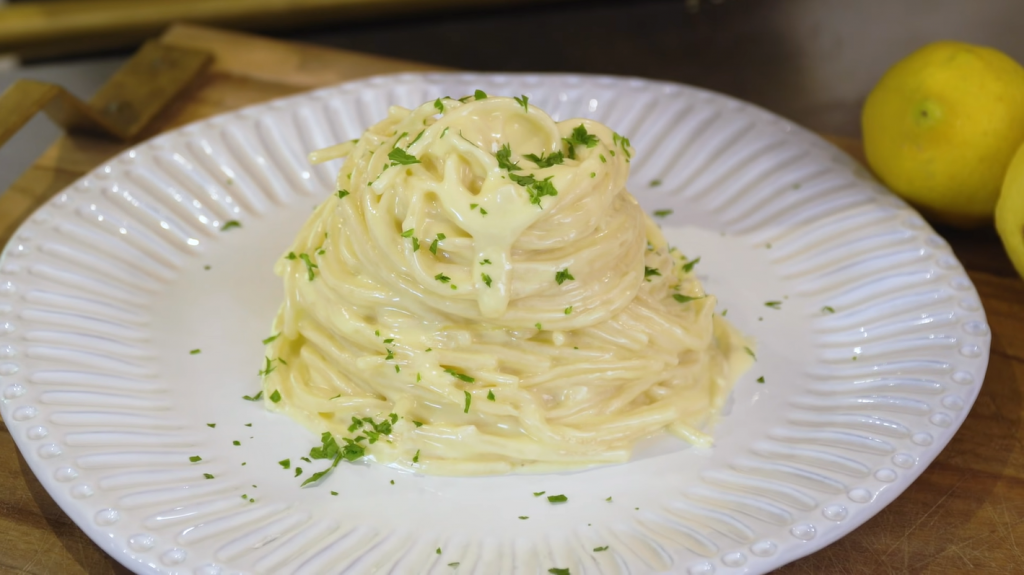 How To Make Linguine Pasta with Tuna, Walnuts, and Lemon 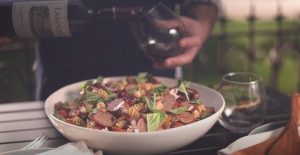 1
2
3
4
5
Toss an easy and flavorful lunch in this pasta salad recipe. It combines tender Gemelli pasta, mozzarella, and veggie sausages for a flavorful dish.
2 hrs 30 mins 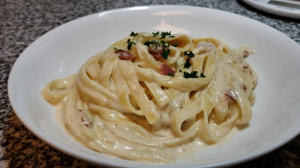 1
2
3
4
5
For a fuss-free and quick dinner meal, whip up a serving or two of this linguine pasta, loaded with bacon, parmesan, and a bite from red pepper flakes.
35 mins 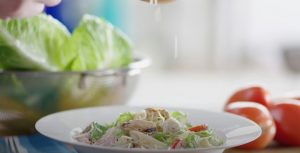 1
2
3
4
5
The crowd-favorite Caesar salad is turned into a filling with this tasty pasta bowl! It's mixed with chicken and crunchy veggies for a hearty meal.
35 mins 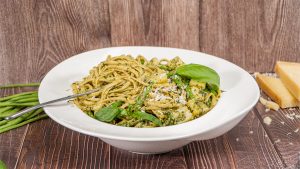 1
2
3
4
5
This famous pasta dish is from Disney Pixar’s Luca often made with trenette pasta. It is cooked with yellow potatoes and green beans before tossing in a fresh basil pesto.
30 mins 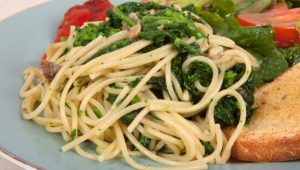 1
2
3
4
5
A medley of bitterness from broccoli rabe, saltiness from pancetta, and nutty sweetness from pine nuts makes up this delectable linguine pasta dish!
45 mins 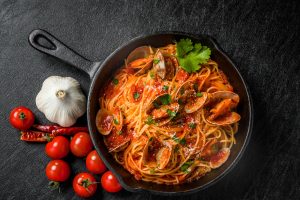 1
2
3
4
5
Chewy clam, savory bacon, and juicy tomatoes are tossed in a wine-tomato sauce, to yield this linguine pasta meal! Serve this up in just under an hour.
45 mins 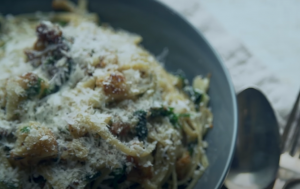 1
2
3
4
5
Salty anchovies, crisp cauliflowers, and crunchy breadcrumbs makes up this tender linguine pasta dish! Whip up a serving in under 30 minutes.
25 mins 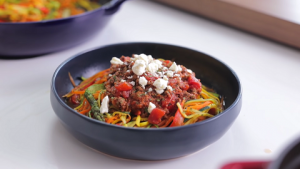 1
2
3
4
5
This linguine pasta dish combines a medley of cuisines by tossing pasta with a savory ratatouille sauce that's loaded with eggplants and bell peppers.
47 mins

1
2
3
4
5
Made with pork sausage, salsa, and bell peppers, this spicy sausages and linguine pasta recipe serves a tummy-filling dish with a kick!
50 mins 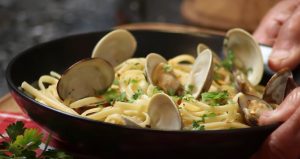 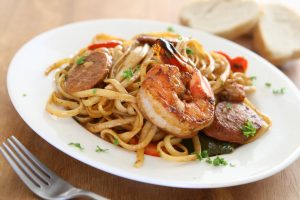 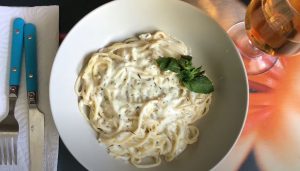