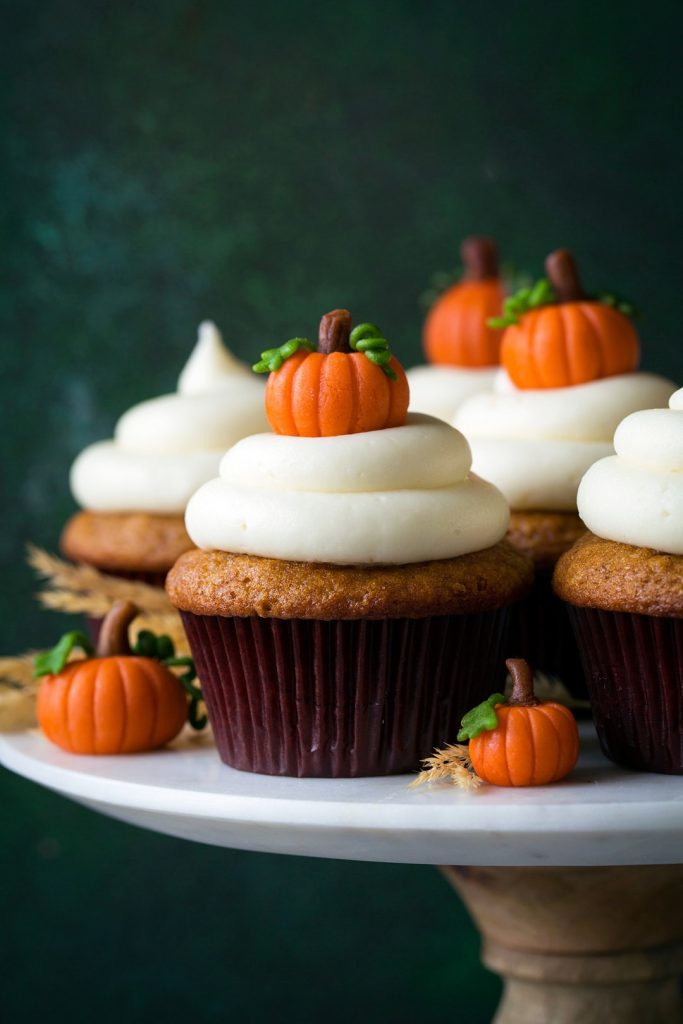 How To Make Pumpkin Cupcakes with Cream Cheese Frosting

Get festive in the fall with these soft and moist pumpkin cupcakes, baked with a handful of spices and topped with cream cheese frosting.

For the cream cheese frosting:

For a more stable consistency, freeze or chill the frosting in the refrigerator for a bit, then return to the mixer and stir occaionally. 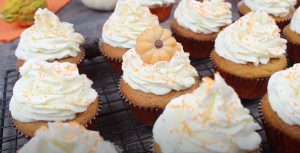 Make the perfect fall dessert with this pumpkin cupcakes recipe. They're topped with pumpkin-spiced cream cheese frosting for a truly autumn-inspired treat. 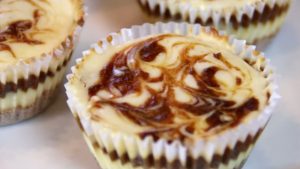 These yogurt cupcakes are great treats for holidays made light with Greek yogurt then topped with swirled pumpkin butter on top. 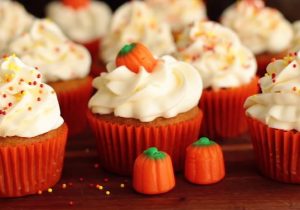 You'll love the rich and dense filling of these pumpkin pie cupcakes. A light and fluffy cream cheese frosting adds some delicate balance. 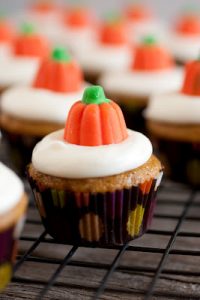 These bite-size mini pumpkin cupcakes makes the best goodies to munch on while everyone is preparing meals for Christmas Eve. 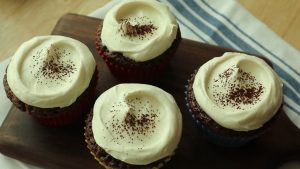 Indulge in delectable chocolate and cream cheese goodness with our Chocolate Cupcakes with Pumpkin Filling Recipe! Serve these at Thanksgiving dinner.

These delectable pumpkin cupcakes are well-spiced, moist, and flavorful, plus they double as muffins, too! This recipe would make 2 in 1! 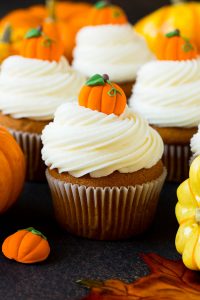 Whip up your own pumpkin cupcakes this fall with our easy-to-follow recipe! It comes with sweet cream cheese frosting for a tastier cupcake. 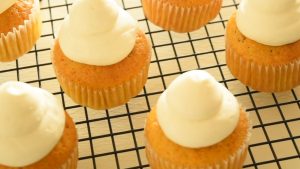 Make autumn sweeter with a batch of these decadent pumpkin cupcakes, baked with pumpkin pie spice to match the taste and colors of the season. 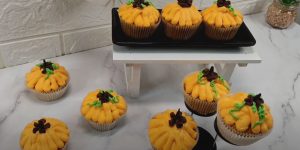 These moist and fluffy pumpkin cupcakes makes for a decadent treat, packed with sweet chocolate chips inside and dark chocolate frosting on top. 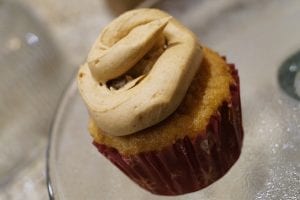 Celebrate fall the tasty way with this pumpkin cupcakes recipe! Prepare this festive treat as dessert for your next Thanksgiving or Halloween party. 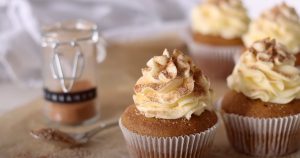