How To Make Blue Corn Nachos with Homemade Guacamole Recipe

Your favorite nachos made more delicious with this simple nachos recipe dipped with homemade guacamole for a perfect and tasteful combo. 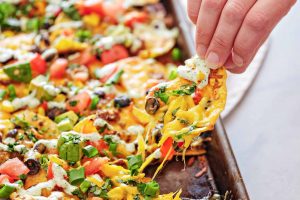 1
2
3
4
5
Good for snacks or dinner, these sheet pan nachos are made of all Mexican flavors in one pan topped with creamy and flavorful cilantro-lime creme.
17 mins 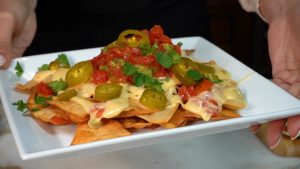 Level up your usual recipe into a healthier low-carb one in this keto nachos, loaded with shredded chicken, homemade queso, and guacamole. 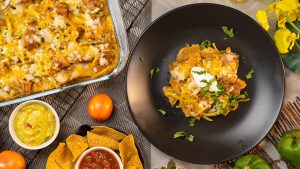 1
2
3
4
5
Enjoy a loaded snack with these chopped chicken nachos topped with black beans and pepper, and a generous amount of cheese broiled until bubbly.
40 mins 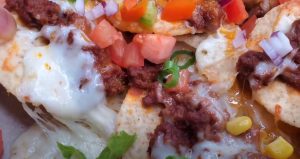 1
2
3
4
5
These Loaded Nachos Are Piled High With Chips, Beef, Beans, Cheese, Pico De Gallo, And Avocado. They're The Perfect Game Day Food, Are Easy To Make And Are So Easy To Customize Based Off Of Your Favorite Nacho Toppings.
27 mins

1
2
3
4
5
Loaded beefy nachos that taste like an enchilada and are loaded with all of your favorite mexican toppings! Sure to be a crowd pleaser!
20 mins 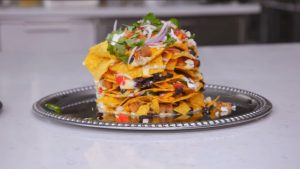 1
2
3
4
5
Crispy bacon, tender chicken, and malty beer are combined for this scrumptious chicken nachos that's made even tastier with shredded cheese.
55 mins 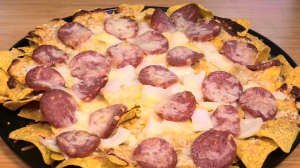 1
2
3
4
5
Pizza nachos are made with sliced pizza dough and served with slices of pepperoni, crumbled Italian sausage, tomato, parmesan, and marinara sauce.
45 mins 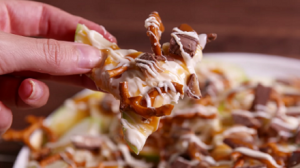 1
2
3
4
5
Nachos don't always have to be salty. This recipe has slices of caramel apple drizzled with caramel sauce, white chocolate, and topped with chocolate chips.
15 mins 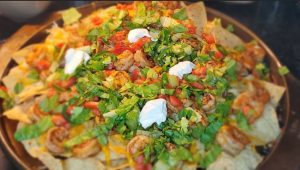 1
2
3
4
5
Level up your snack game with these shrimp nachos, made with boiled shrimp, cheese sauce, pico de gallo, and tortilla chips, for a mouthwatering plate. 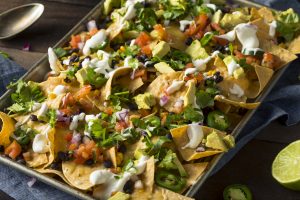 1
2
3
4
5
This loaded chicken nachos is packed with tender chicken, spicy chipotle peppers, and two cheeses to yield a mouthwatering snack to munch on!
45 mins
Comments